In 1978, the Festival of Festivals caught the ire of the nation's prudes after it announced plans to screen In Praise of Older Women, a drama about one man's sexual coming-of-age. The film, which starred Tom Berenger, had its fair share of nudity, but one 40-second blip proved too hot for the then-almighty Ontario Censor Board: A simulated sex scene between the film's leading man and actress Marilyn Lightstone, the latter still clad in her underwear. Thanks to a chaotic opening night overwhelmed by curious moviegoers, organizers managed to screen the uncut version of the film, though it's unlikely anyone, even members of the board, noticed the alleged indecency.

Still, if that tame bit of intimacy was enough to rile up the censors, they would drop dead on the spot were they to see this year's TIFF lineup. Across the festival's programming, sexual provocation is the norm. Just look at High-Rise, Ben Wheatley's exhilarating adaptation of J.G. Ballard's novel about societal decay, in which orgies occur on the regular. Or Eva Husson's French drama Bang Gang (A Modern Love Story), which follows a pack of teens who engage in group sex. Anne Sewitsky's graphic Homesick, meanwhile, focuses on a young woman who starts an affair with her half-brother. And, in TIFF's most explicit rebuke to its censored past, rascally troublemaker Gaspar Noé brings his new film Love, which features unsimulated sex, including penetration and ejaculation – all of it filmed in 3D (yes, all of it).

None of this would have been possible before 1987, when the provincial Liberal government finally protected TIFF from the censor board's wandering eyes (festival admittance is now restricted to those over the age of 18, while the board itself collapsed, turning into what is now the Ontario Film Review Board). But even though TIFF has never been in the business of playing it safe, are moviegoers ready for literally in-your-face sex? On the backs of the mainstream success of Shame and Blue Is the Warmest Color, has the line between art and pornography finally blurred? And should I be worried about those noises coming from the back row of the theatre?

Noé is a special case, though, as he's long been pushing the limits. The Paris-based filmmaker's earlier works, including 2002's Irreversible and 2009's Enter the Void, tread heavily on themes of sex, abuse and power, with shocking imagery to match. (Void even concludes with a point-of-view shot of a baby emerging from his mother's womb. He's just that kind of wild-and-crazy provocateur!) Still, Noe says Love is less a chance to shove genitals in people's faces and more a conceit to get audiences wrapped into his tale of passion and regret: "My intention was to portray a love story."

Homesick's Sewitsky is of a similar mind, saying her film's plentiful sex scenes (albeit not nearly as X-rated as Noe's) act as necessary windows into the souls of her characters: two half-siblings in desperate need of emotional relief. "I needed the audience to relate to everything [lead character] Charlotte is going through – the explicit scenes are incorporated into a careful narrative," the Norwegian director says. "Sometimes you need to push the limits to find the nuance."

Ine Wilmann, who plays the sister half of Homesick's incestuous equation, was hesitant to take on the nudity-heavy role, but quickly learned to put her trust in Sewitsky. "I didn't find it extreme at all, it's a grounded story," says the actress, who is reteaming with her Homesick director on Queen of Ice, a biopic about the figure skater Sonja Henie. "There was nothing normal about the role – especially because I found out I was pregnant just before filming – but I really had to trust Anne, and knew she needed to tell her story, the way she wanted to."

And like In Praise of Older Women, and every supposedly "dirty" movie before and after it, this year's films can also be viewed as just another marketing exercise. "Some of the promotion for this movie created the impression you were going to get something much raunchier," says Karl Glusman, Love's male lead. "But I think we turned in something that's tasteful, beautiful and honest. I like that, for once, expectations were not met."

Call it ‘gorenaissance’: Horror movies are having a moment at TIFF
May 15, 2018 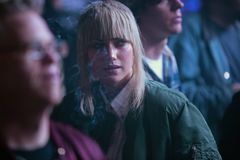 The most unabashedly Canadian film to play at TIFF: Sleeping Giant
May 15, 2018 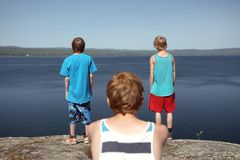 Don’t miss Beasts of No Nation, Netflix’s first major film release (whichever screen you choose to watch it on)
May 15, 2018 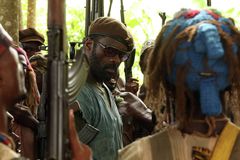