The flowers were pink, the Baked Alaska had speckles of red, a bright yellow painting hung at the very rear of the room. But who knows what particular hues Eddie Redmayne was seeing?

The dandy, who irrevocably sits on that list that starts with A, is famously colour-blind, as he mentioned to me when I ran into him at last year’s Toronto International Film Festival. That’s when he was here premiering his film The Theory of Everything, a movie that would eventually take him all the way. 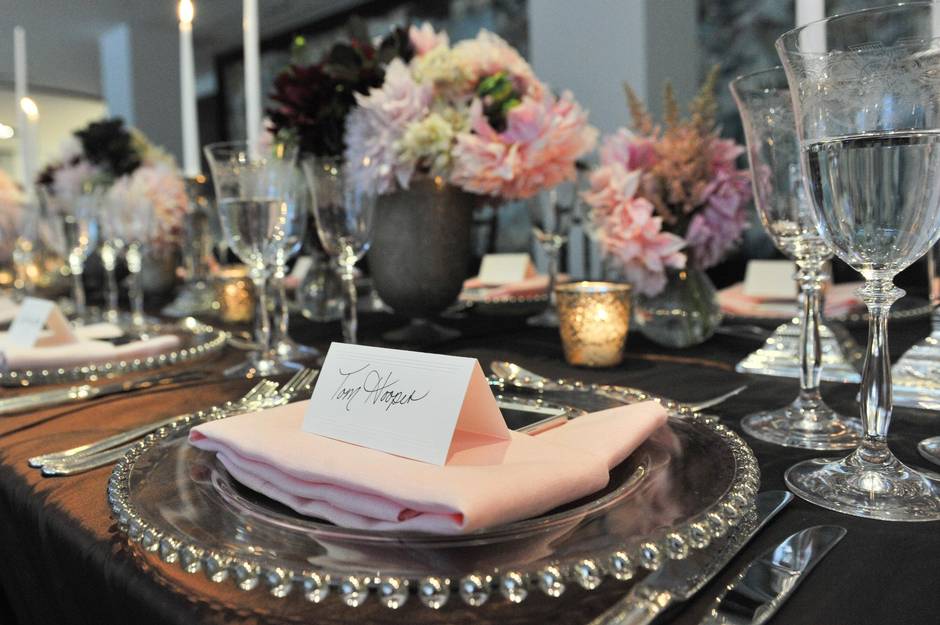 Having taken the storm again with his aching portrayal in The Danish Girl this year – hey, did Stephen Hawking’s theory encompass the possibility of back-to-back Oscars, by chance?! – Eddie plopped down with us at a swish sit-down held for his new film inside the upper level of Holt Renfrew on Bloor Street.

One, indubitably, would have to be more than colour-blind to not see the kaleidoscope of buzz unfolding for his transgender turn in the Tom Hooper-directed film. Wouldn’t they? Indeed, as forks clanked on glasses on this night, the die was possibly cast, when Variety magazine editor Claudia Eller – who was co-hosting the one long table, and making a few remarks – said pointedly to both Eddie, and his comely co-star, Alicia Vikander, also seated, “Good luck at the Oscars!” 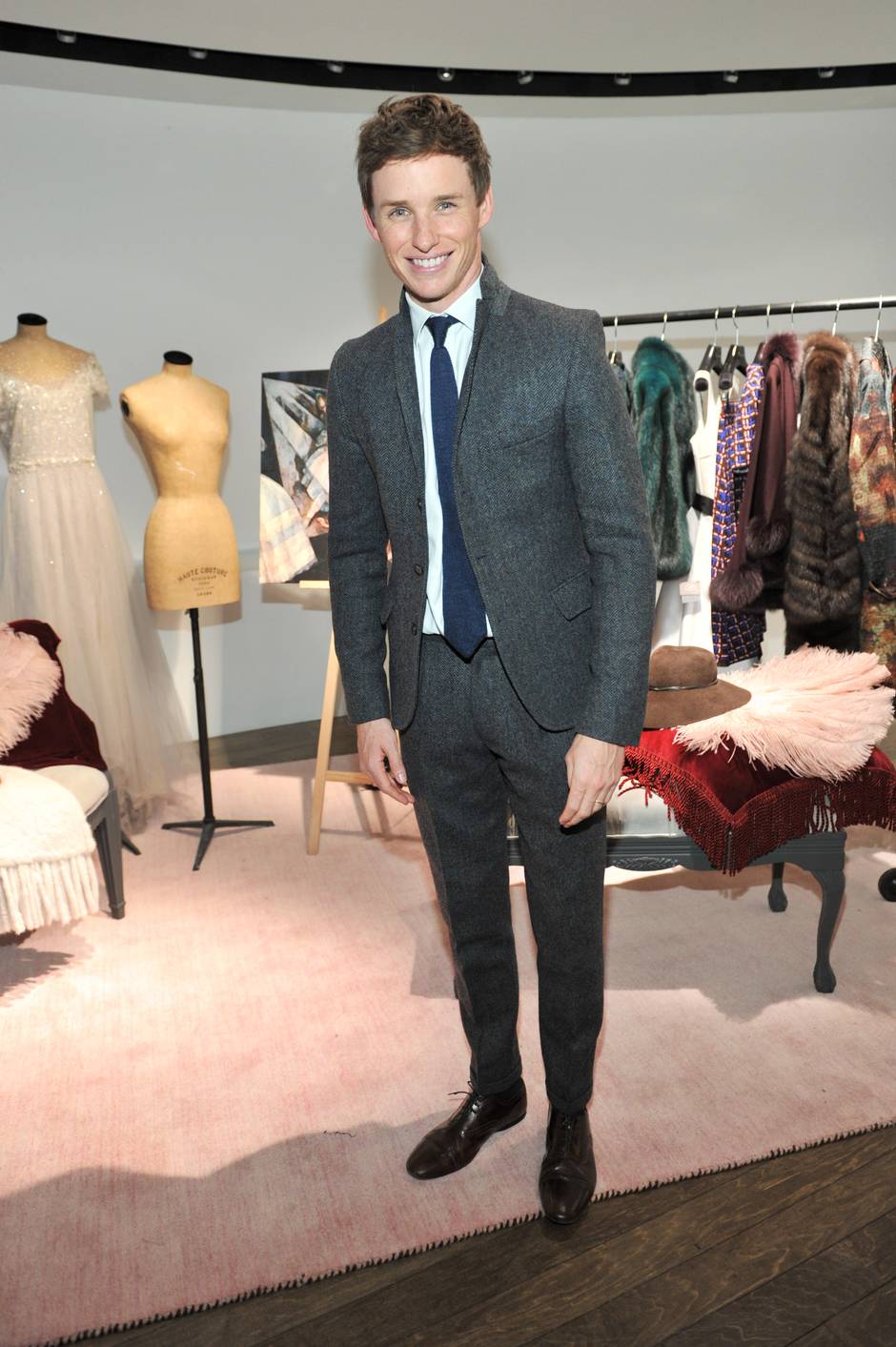 With that kind of industry rah-rah-rah, what can stop them?

For his part, Eddie shrugs off the O-word. Terribly personable, bearing that crooked grin that carried him from Eton (where he famously played rugby with Prince William) to the pinnacle of his craft, he did tell me at dinner that the whole thing was pretty surreal last year. Especially, he went on, as he was putting on a series of suits to make the rounds during awards season while beginning the disappearance into his character in The Danish Girl. “They decorated my trailer with a congratulatory banner,” he said, describing how he went from winning that golden statuette one night, in a tuxedo, to flying to London to ease right into some difficult scenes as Lili Elbe, whose story is at the heart of the groundbreaking 1920s gender-reassignment saga that the movie paints.

To prepare for the role, Eddie read Lili’s autobiography, Man Into Woman, plus sat down with a string of transgender women, but he also drew on an early rabbit-hole experience when he was cast as Viola in an all-male school production of Shakespeare’s Twelfth Night. “I was a boy playing a girl playing a boy,” he told me. For this film, though, he insists, its essence is that it’s “a love story … these two souls who meet whose love isn’t limited to gender, to sexuality, to anything.” 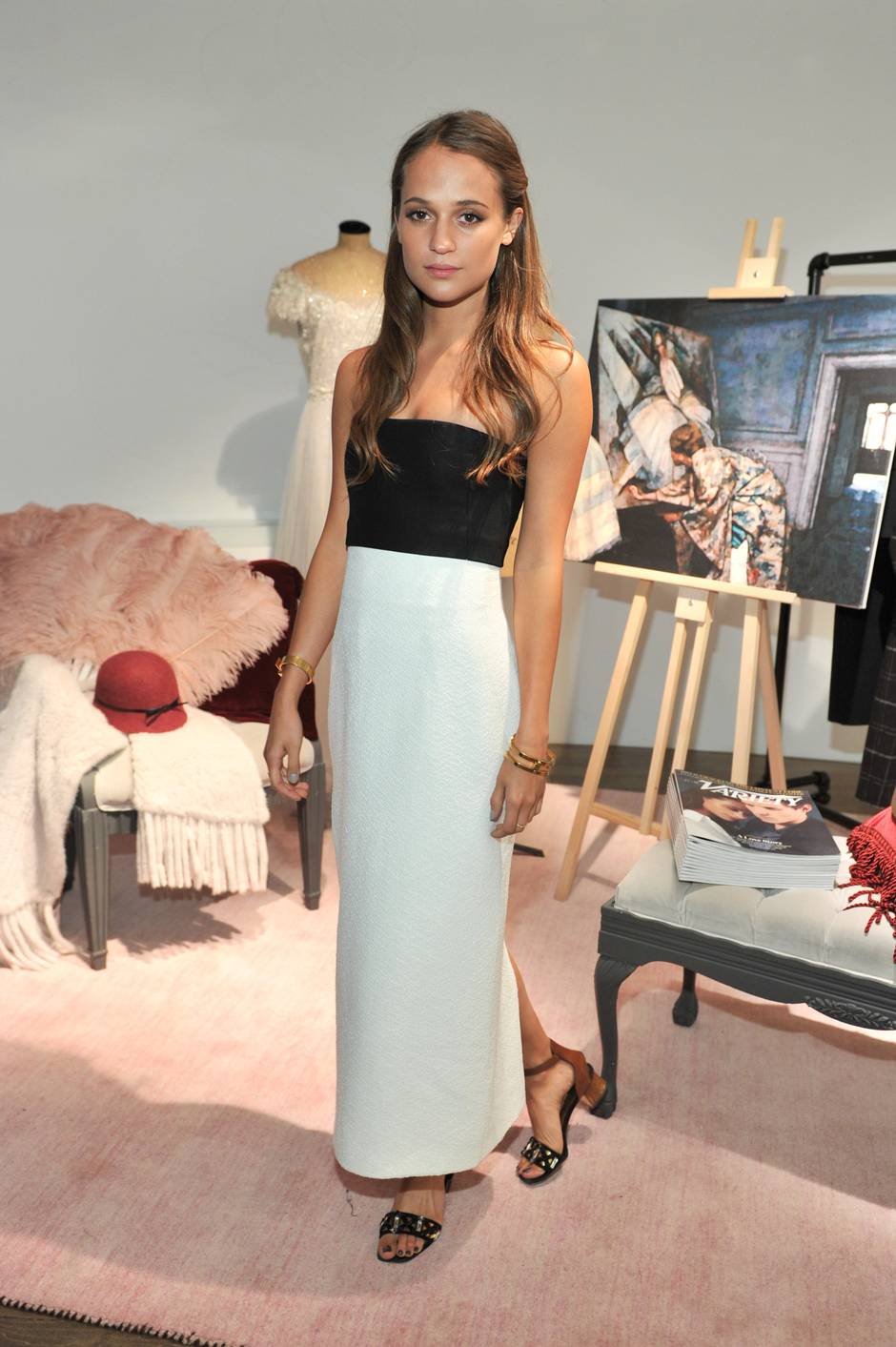 It’s a message that was echoed to me by the screenwriter behind the movie, Lucinda Coxon. Sitting across from her at dinner, she seemed almost a little stunned that this film, long, long in gestation – and not hitching itself to any of the hot-topic-ness that Caitlyn Jenner, etc., might apply – was actually out in the world. “I started it when my daughter was 4,” she told me. “Now, she’s 15.”

As for Caitlyn – the name that hung in the air as we dug into our steaks – I heard around the table that there are plans to sneak-screen the movie for her, at some point soon. Hey … why not? 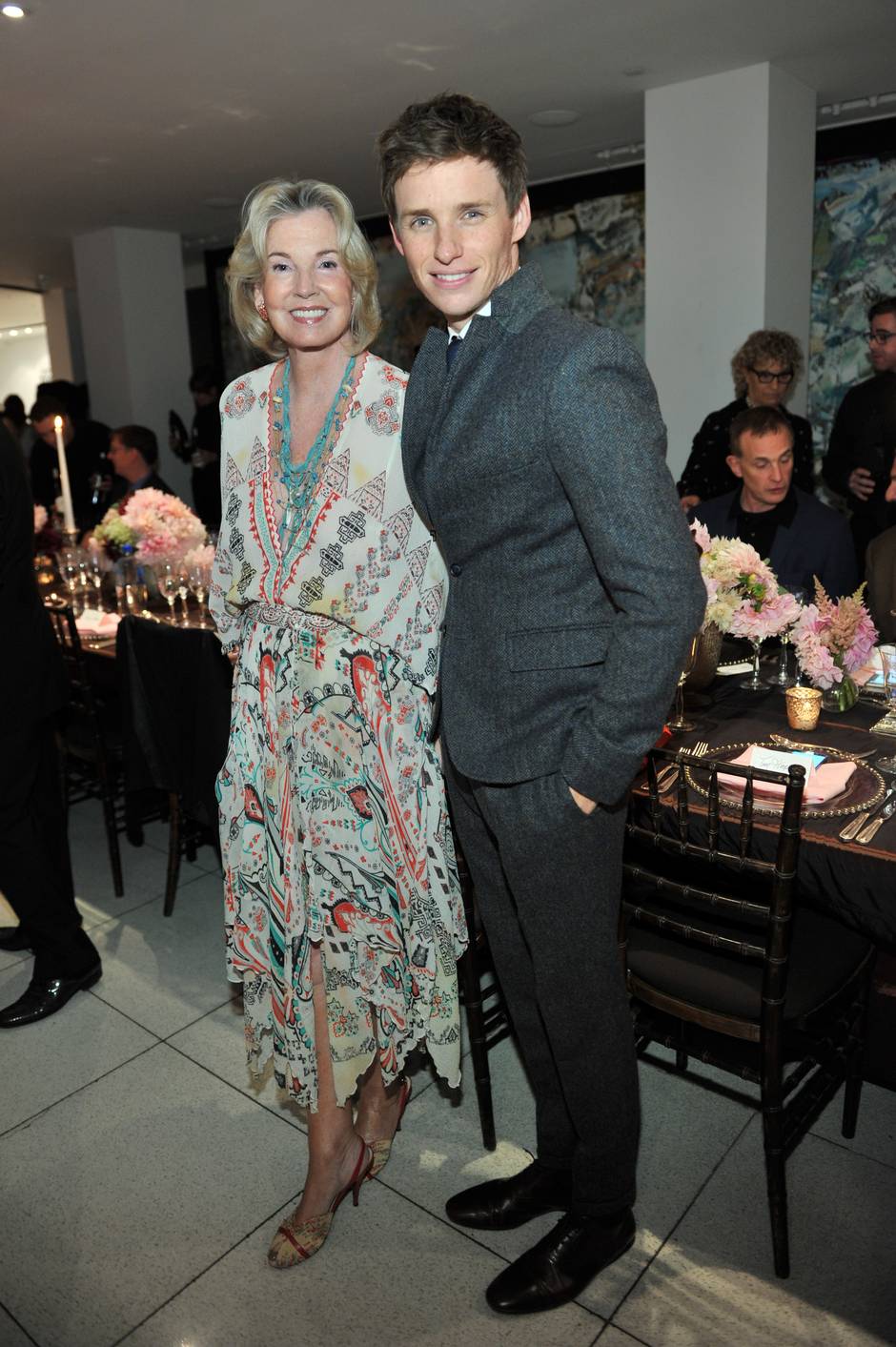 But, in the here and now, the star of the night was Eddie. Unable to resist his charms, among others: billionairess and uber-patroness Hilary Weston, who was seated right beside the actor. As the night was winding down, she couldn’t help but lure him into a selfie with her. After several aborted attempts – stretching one’s arm to get a self-portrait is not for the faint of heart – Mrs. Holt Renfrew managed to snag a pic of herself with Eddie over her shoulder. Fabulous!

Meanwhile: While Bryan Cranston and Elle Fanning filled different parts of the room at the Hudson’s Bay-hosted after-party for Trumbo, held the other night at Montecito, I sidled up to the film’s director, Jay Roach. Topic A: notorious gossip columnist Hedda Hopper, played in the Hollywood blacklist-era film with hard-headed cunningness by Helen Mirren. “She was all powerful,” Roach said. “It’s hard to even think of someone now who has her power.” 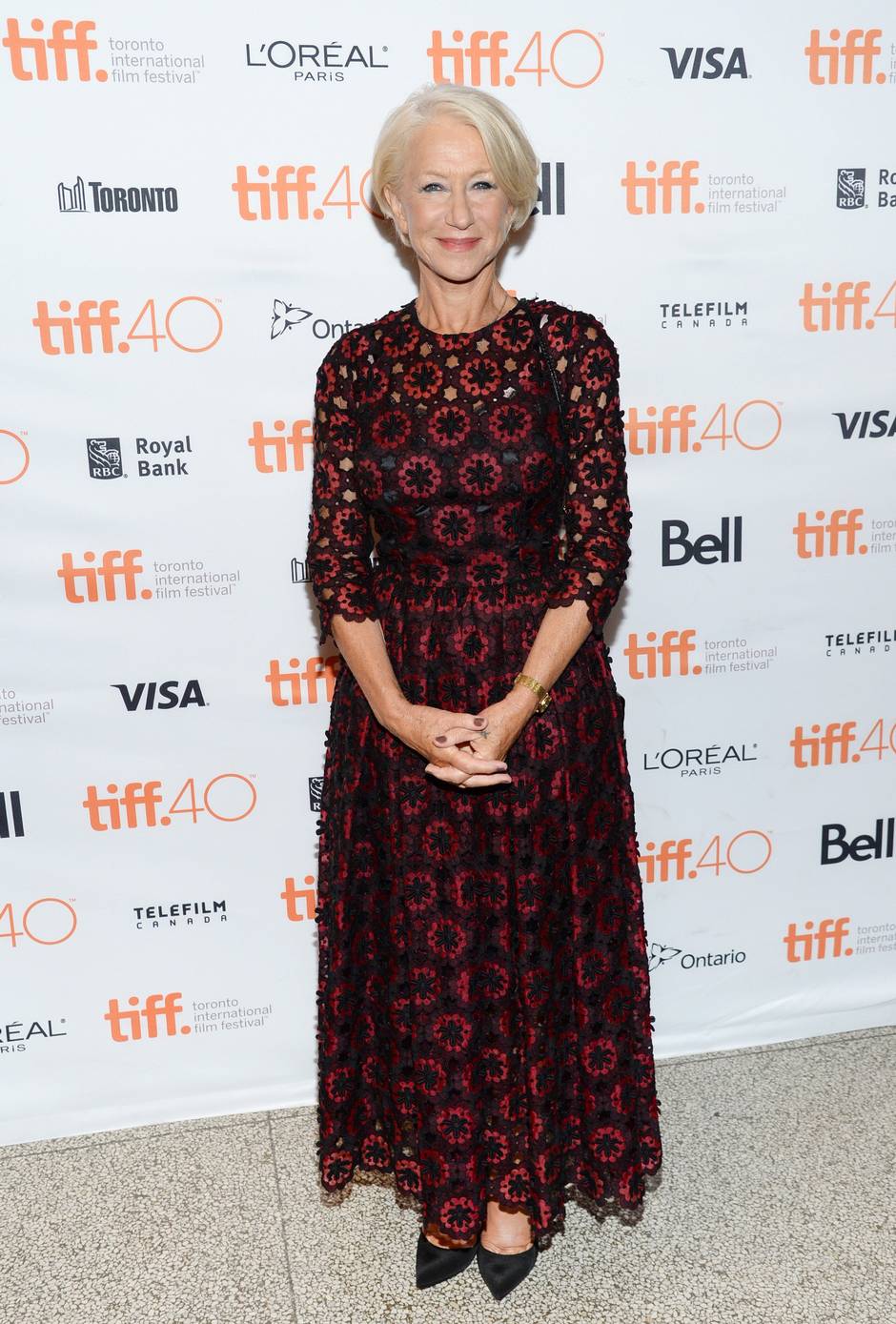 Indeed, with a reach of more than 30 million, with her syndicated column, as well as her regular radio show, she could make or break careers. Mirren herself put it this way in a recent interview: “She was like Twitter, Facebook, Maureen Dowd, the film critics – in one!” I’d add Oprah too. And, in many ways, she was her own “brand” – long before that term ever was in vogue.