At a smaller film festival, attendees are able to have one collective experience: They go to the same events, hear the same speeches, see many of the same films. But the Toronto International Film Festival, which ends tomorrow, is such a sprawling beast that each attendee's experience is singular. It's why you wake up every morning to red carpet photos of celebrities you didn't even know were coming to town, and why people you meet on the street ask, "How's your Festival?" That cacophony is both the strength and the weakness of this 10-day blowout. So trying to find a narrative thread in the films one sees or the conversations one has is probably ridiculous.

And yet every year I find there's something that starts to preoccupy me, some theme I keep hearing and seeing and gravitating toward. This year it's freedom. It began with the urgent efforts to free filmmaker John Greyson and Dr. Tarek Loubani from a Cairo prison where they're being detained. (It was heartening to see red #FreeTarekandJohn buttons on more and more festivalgoers every day.) On Wednesday, of course, the news was about the constitutional and religious freedoms being challenged by the proposed Charter of Values in Quebec. And I was seeing movie after movie that explored the idea of freedom in all its forms, and discussing it in interviews. So here's a taste of my Festival.

In the true story of 12 Years a Slave, a free black man named Solomon Northup (Chiwetel Ejiofor) wakes up in 1841 to find he's been drugged, chained and sold into slavery. Director Steve McQueen and his cast (including Michael Fassbender and Benedict Cumberbatch as plantation owners) depict unflinchingly the physical and psychological horrors of slavery, and a few audience members at the world premiere gala last Friday night walked out in mid-show. In a Q&A afterward, McQueen and his actors admitted that they had to go to some "hard, but necessary" places, including doing and saying vicious things to one another in character. "It would have been impossible without the sense of love and connection we had on the set," Fassbender said. "We had to go to those heights and depths, to be true to the history."

The demands on the actors were "intense," Ejiofor said. But he added that "the story is also full of beauty and hope; it's about human respect and dignity."

Nelson Mandela, the hero of another true story, Mandela: Long Walk to Freedom, lost 27 years of his life to prison, yet somehow emerged to lead a peaceful transfer of power. At a pivotal moment in the film, Mandela (Idris Elba) describes to his former oppressors how he freed himself from bitterness: "I want to live without fear and hatred more than I want revenge … Fear makes you unjust and brutal. Do we want to live in the same hell as you do now? That would be to lock ourselves back in prison."

At the TIFF press conference for the film last Sunday morning, Elba told reporters that, as part of his research, he spent a night in a cell at the Robben Island prison where Mandela served most of his jail time (it's now a museum). "The rest of us stayed in town," director Justin Chadwick said. "We knew we'd hired the right man, if he was committed – or crazy – enough to do that."

Films about legal and social freedom

I saw two films about (at least in part) the freedom to love whom you choose – Blue is the Warmest Colour and Kill Your Darlings – and one about the freedom of the press, The Fifth Estate. The last asks viewers where they'd draw a line: Should citizens insist on absolute disclosure, allowing anonymous sources to expose corruption – as the film's protagonist, WikiLeaks founder Julian Assange (Cumberbatch again), advocates? Or are there secrets we should keep in the name of diplomacy and public safety? It's full of rallying cries like "Courage is contagious" and "No one can buy the path to the truth," but it also shows how easy it is to become a megalomaniac when you're accountable to no one. As well, the film documents this moment in history (a Newsweek cover reading "Last Print Issue" flashes on screen), when it's impossible to define what "the press" even is anymore, not to mention what its freedoms should be.

Films about freeing oneself

In Empire of Dirt, August: Osage County, Stay, and Tracks, characters struggle to free themselves from family legacies of, respectively, alcoholism and drug abuse, cruelty, neglect, and depression. In Lucky Them, Don Jon, The Lunchbox and Enough Said, characters confront their bad habits, narrow-mindedness and fears, to free themselves for a better future. "It's all about breaking your pattern of being too hard on people, and learning to love," said Nicole Holofcener, the writer/director of Enough Said. "It's about what to do with the time you have left."

At first, it seems like writer/director Jason Reitman's film, Labor Day, is about a more literal freedom: An escapee from prison (Josh Brolin) forces a depressed woman (Kate Winslet) to let him hide out in her house. But in the process, something deeper happens. The two recognize the pain the other is carrying, and help free each other from it.

Finally, two of the films I enjoyed most, Philomena and 1982 – again, both based on true stories – showed me that there is nothing more freeing than forgiveness. In the former, the title character (Judi Dench) goes in search of the son she gave up for adoption 50 years before, and uncovers some nasty truths about the nunnery in which she gave birth. At the film's emotional climax, one simple sentence – "I forgive you" – lifts Philomena into one of filmdom's great characters. Look for Dench at Oscar time. Also look for co-star Steve Coogan, who wrote the excellent screenplay because he felt he'd been pigeonholed as a comedian and wanted to free himself from that. (Jeez, what is going on out there, if even Steve Coogan is feeling pigeonholed?)

And the latter film, 1982, gave me one of those shivery, only-at-a-festival moments. It's about a precocious girl (newcomer Troi Zee), her good father (Hill Harper) and her crack-smoking mother (Sharon Leal) as they struggle to free themselves from the damage wrought by addiction. It's intimate and artful, the debut of a filmmaker to watch. It begins with the claim, "This is a true story," and at a Q&A after Sunday night's world premiere, writer-director Tommy Oliver told the audience that his mother had been a crack addict. Someone in the audience asked what his family's reaction to the film has been.

"Well, my mother is in the audience, and she's just seen it for the first time, so let's ask her," Oliver said. An audible gasp went through the Isabel Bader Theatre as Oliver walked the mike down to his mum.

The room fell silent. Everyone was riveted. "Well, I enjoyed the film," Hill's mother began. She spoke slowly, quietly. She wasn't effusive or gushing. She was clearly formulating her answer as she went. "He went through a lot during my addiction, and it showed … His feelings came out, and I learned a lot about how he feels."

Many people around me were crying, and all of us in the room, I'm certain, felt they were witnessing something real, a kind of freeing catharsis that art can bring. It reminded me that TIFF doesn't offer just one collective experience: It presents dozens of collective experiences each day, one screening room at a time. 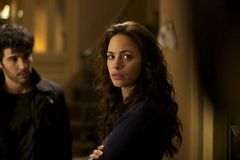 How Lake Bell is single-handedly changing the way Hollywood listens to women
August 17, 2013 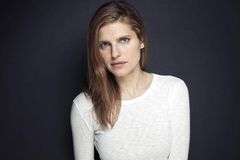 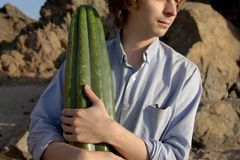