Canadians may have some incomprehensible beef with supporting homegrown cinema, but if there is one pastime that unites the country's filmgoers – and we don't mean Timeplay – it's nudging one's neighbour in a darkened theatre and proudly identifying a fellow compatriot who's made their big break south of the border. Here, with TIFF in full swing and all eyes on Canadian talent, The Globe and Mail presents a group of exceptionally nudge-worthy Canadians drawing buzz stateside. 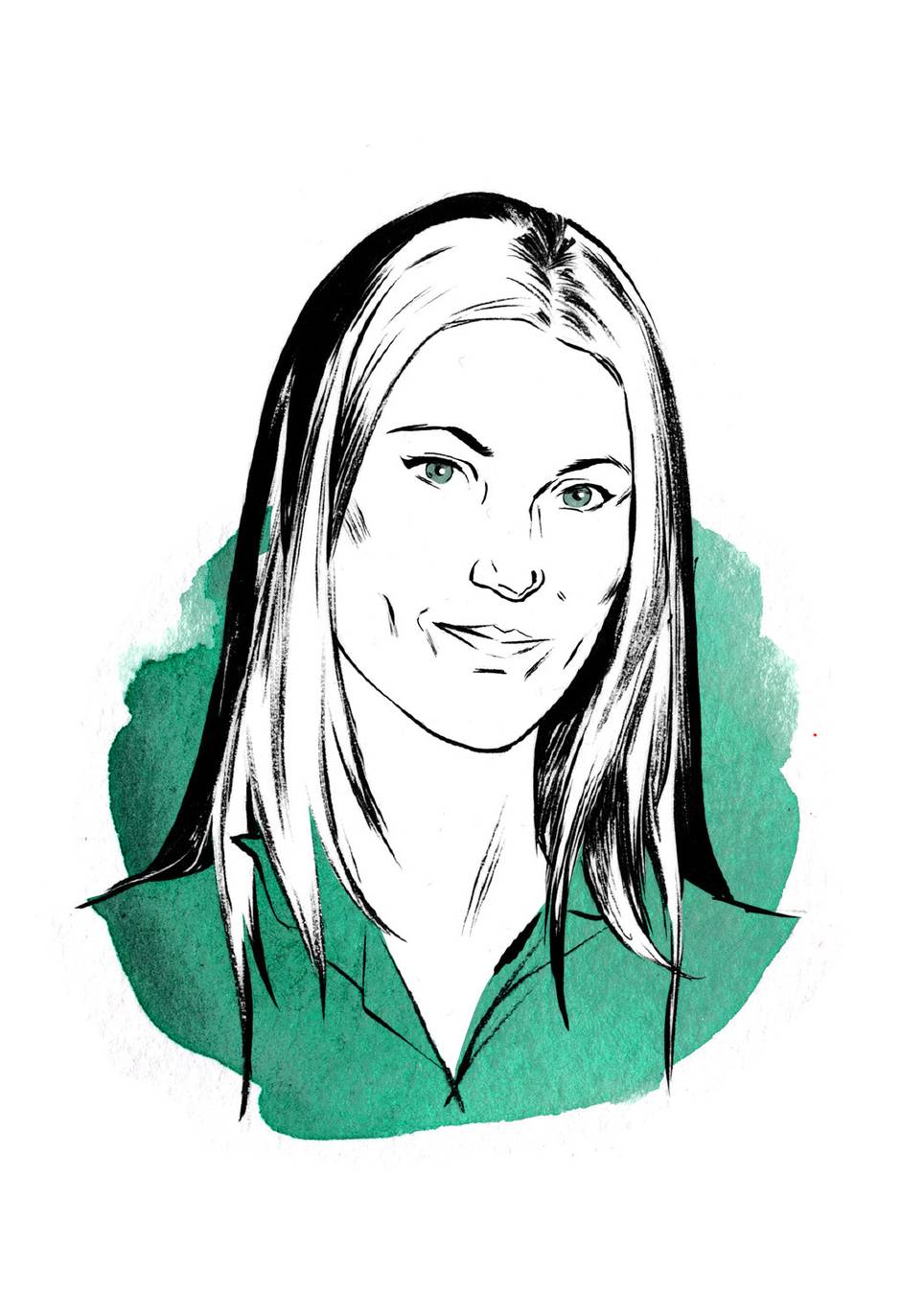 Vanessa Piazza (Jori Bolton for The Globe and Mail)

Although Showcase’s trailblazing sci-fi series Lost Girl, which follows a bisexual succubus, is winding down this year after a five-season run, the series’ end is just the beginning for its 33-year-old executive producer Vanessa Piazza, of Toronto-based Prodigy Pictures. Since boarding Jay Firestone’s nine-year-old shop in 2009 without any previous experience in television, Piazza – who is now a principal – worked her way up the production ladder, starting as an associate producer on Lost Girl and eventually coming to serve as one of the show’s EPs, in addition to producing XIII: The Series and Dark Matter.

In the feature space, Piazza is executive producing the Toronto-shot and Telefilm-supported romantic drama The Other Half – starring Orphan Black star/Emmy nominee Tatiana Maslany, Downton Abbey’s Tom Cullen and Mommy lead Suzanne Clément. Going forward, the Ottawa-born Piazza says she endeavours to not only produce, but get involved in projects from both a creative and financing angle.

“I want to make work that you really want to see get out there,” she says. “It’s an amazing time in Canada. We’re now making film and television that’s totally able to stand up to the U.S. and the rest of the world and there’s so much amazing talent here.” 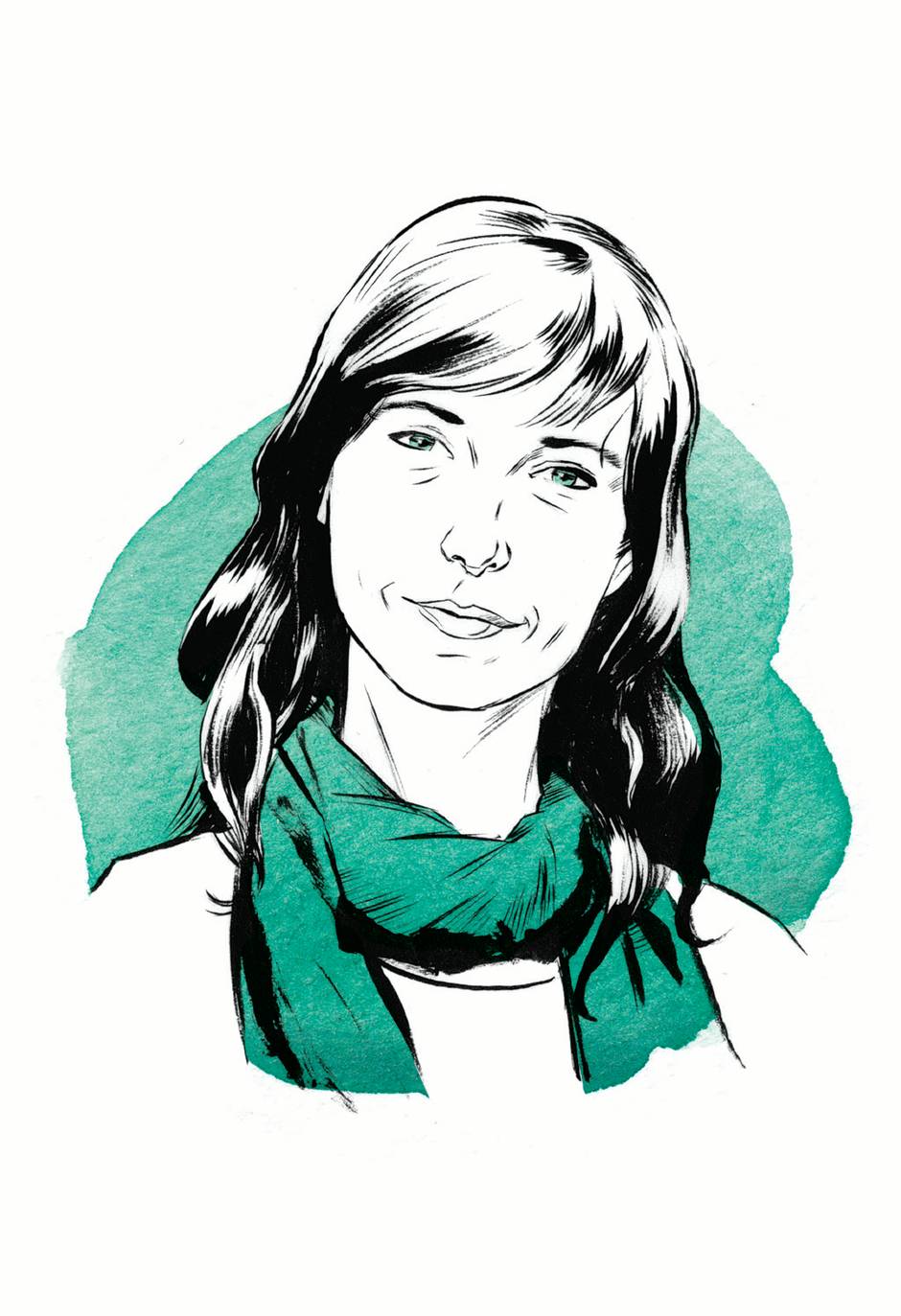 Sophie Deraspe (Jori Bolton for The Globe and Mail)

Quebec filmmaker Sophie Deraspe has a penchant for reality-bending projects. Take her 2006 documentary-style drama Missing Victor Pellerin, which investigates the disappearance of an artist through interviews with those who supposedly knew him best. Pellerin was the overture to Deraspe’s A Gay Girl in Damascus: The Amina Profile, which found the director crossing over into the documentary medium with one of the most confounding catfish cases in recent memory. “Quite often I find reality not only compelling but absolutely shattering. It is my best inspiration,” she says.

The film, which was screened at Sundance in January to critical praise, follows the relationship between Deraspe’s friend, Montrealer Sandra Bagaria, and Syrian-American Amina Abdallah Arraf al Omari, who met online in 2011 and started a virtual relationship until the latter was supposedly abducted during the Arab Spring. “It’s a very personal story that opens [the door] to major international issues in our contemporary world,” says the director. “The filmmaking lets one dive into a fantasy and then hits hard with a shocking reality that concerns us all.” Next week, Deraspe will be honoured alongside Ingrid Veninger and Patricia Rozema at TIFF’s Telefilm Canada Birks Diamond tribute to women in film.

For her next project, she hopes to get back to her narrative roots with Les Loups, a drama starring A-list Quebec talent Louise Portal and Evelyne Brochu, as well as an adaptation of an “ancient tragedy” set in contemporary Montreal. 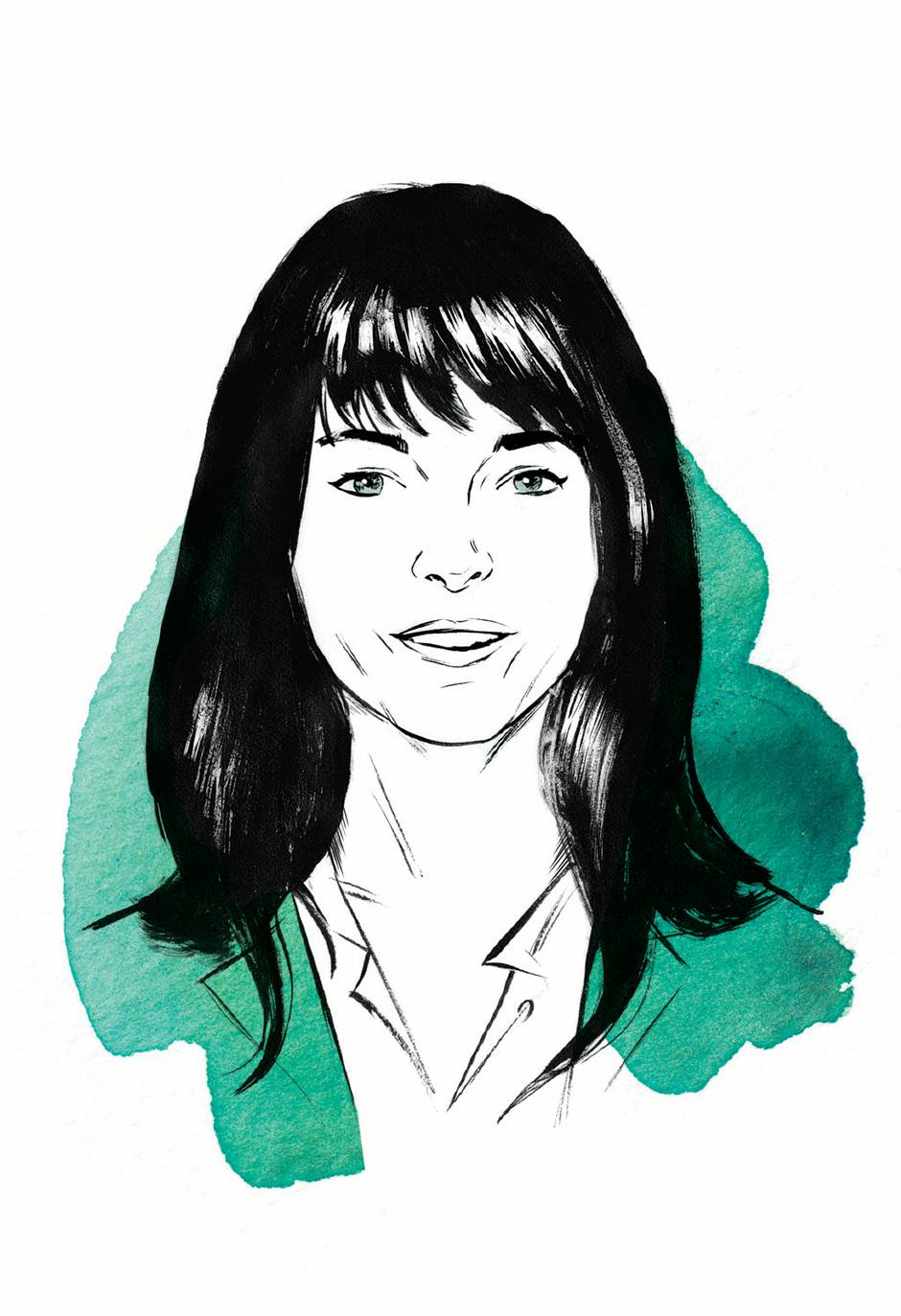 Kelly Oxford (Jori Bolton for The Globe and Mail)

Ever since her barbed observations started breaking Twitter around 2009, Kelly Oxford has become a poster girl for social-media success (the Edmonton-born blogger has about 626,000 followers, including a dedicated celebrity following). But the 37-year-old Oxford isn’t some Twitter fluke: she was a writer long before joining social media, and if her Harper Collins-published book and screenwriting career are any indication, Oxford is well beyond 140-character fame.

Her 2013 collection of essays, Everything Is Perfect When You’re a Liar, quickly became a New York Times bestseller, and the author is now at work on the followup, I Can’t Believe I Forgot To Tell You This. Meanwhile, although previous TV pilots for NBC and CBS didn’t take, Warner Bros. is in development on Oxford’s spec stoner comedy script Son of a Bitch.

To further swell Canadian hearts, this past spring the writer sold her female-focused sex comedy, All the Way, to Sony Pictures, with fellow Canucks Seth Rogen and Evan Goldberg on board to produce. 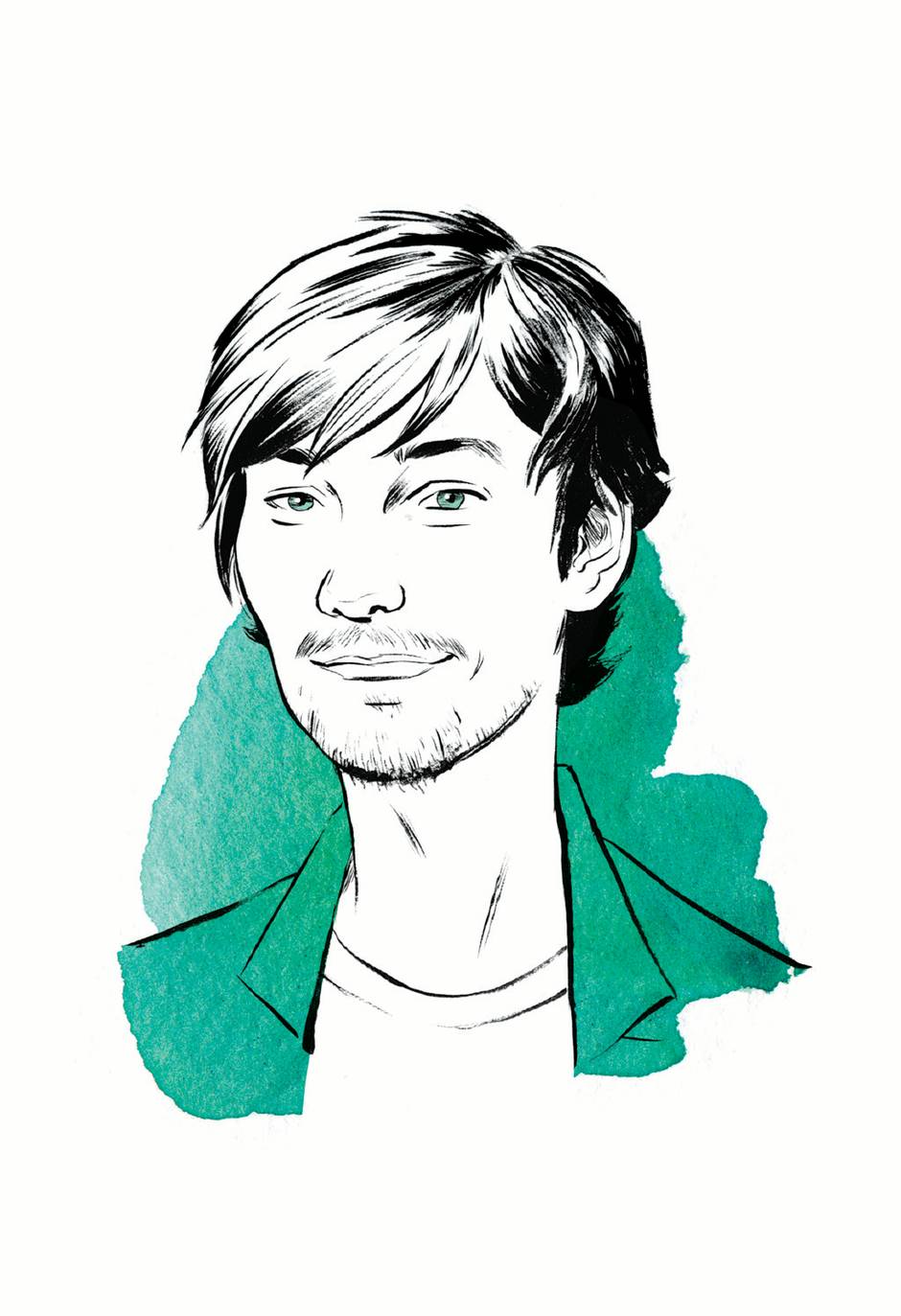 Devon Bostick (Jori Bolton for The Globe and Mail)

Any fan of the CBC’s Being Erica, which wound down its run in 2011, will tell you Devon Bostick, who played Erica’s little brother Leo Strange, delivered one of the most compelling performances on the award-winning drama. The 23-year-old actor has been steadily working in the industry since he was 11, with parts in such homegrown series as Odyssey 5 and Degrassi: The Next Generation, but lately Bostick’s star is on an impressive upswing with major roles in the Diary of a Wimpy Kid franchise, Jonathan Sobol’s crime comedy The Art of the Steal and The CW’s postapocalyptic series The 100.

Now, the Toronto-born actor – who last year told CBC host George Stroumboulopoulos he was “used to people not seeing [his] work” after acting in underrated Canadian indies for several years – may have to reconsider that position after high-profile turns in Rob Reiner’s long-awaited comedic drama Being Charlie, which has its world premiere at TIFF on Sept. 14, as well as Alejandro Amenabar’s thriller Regression, in which he stars alongside Emma Watson, Ethan Hawke and David Thewlis. If that’s not enough, catch Bostick in the forthcoming Catherine Hardwicke-directed video for Lady Gaga’s Oscar-buzzy song Till It Happens To You, penned for the campus-rape documentary The Hunting Ground. 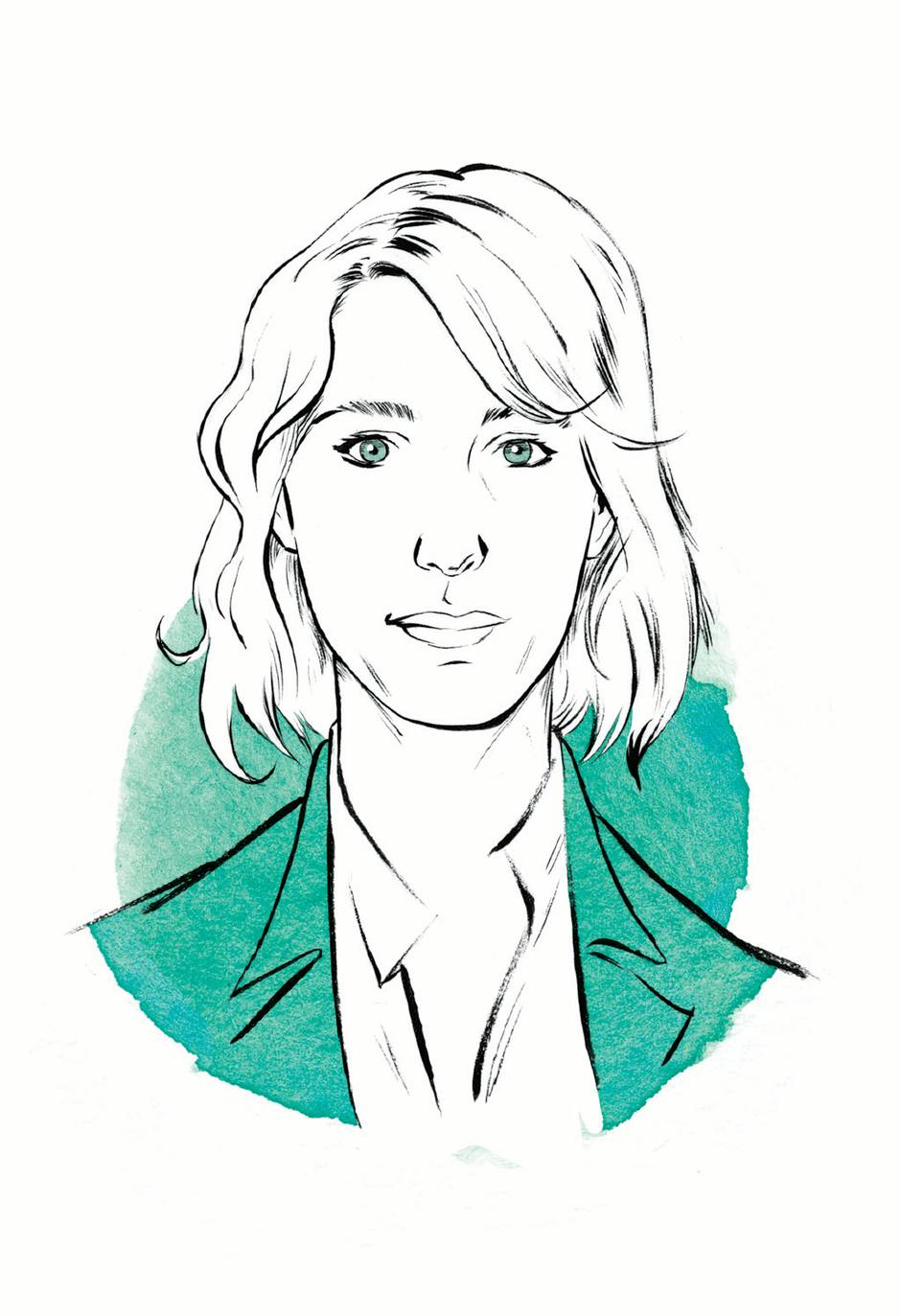 Mackenzie Davis (Jori Bolton for The Globe and Mail)

The rare effervescence that Vancouver-born actor Mackenzie Davis brings to the screen is slowly but surely making the McGill grad a little bit, well, ubiquitous. After playing opposite Girls’ Adam Driver as the other half of a very tall, love-struck couple in Michael Dowse’s Toronto-set The F Word (What If, for those more familiar with its American title) and serving as Miles Teller’s friend-crush in That Awkward Moment, Davis – and her career – is taking off alongside Matt Damon and Jessica Chastain on an ill-fated mission to Mars in Ridley Scott’s The Martian, which premiered at TIFF on Friday.

Although the 28-year-old has been involved in theatre since a young age, Davis only pursued acting professionally after graduating from McGill and moving to New York. She studied at midtown Manhattan’s Neighborhood Playhouse school, where she graduated from a two-year acting program in 2011, and just months later was cast in Like Crazy director Drake Doremus’s romantic drama Breathe In. Alongside her film roles, Davis has been making waves as a tech wunderkind in the AMC drama series Halt and Catch Fire. 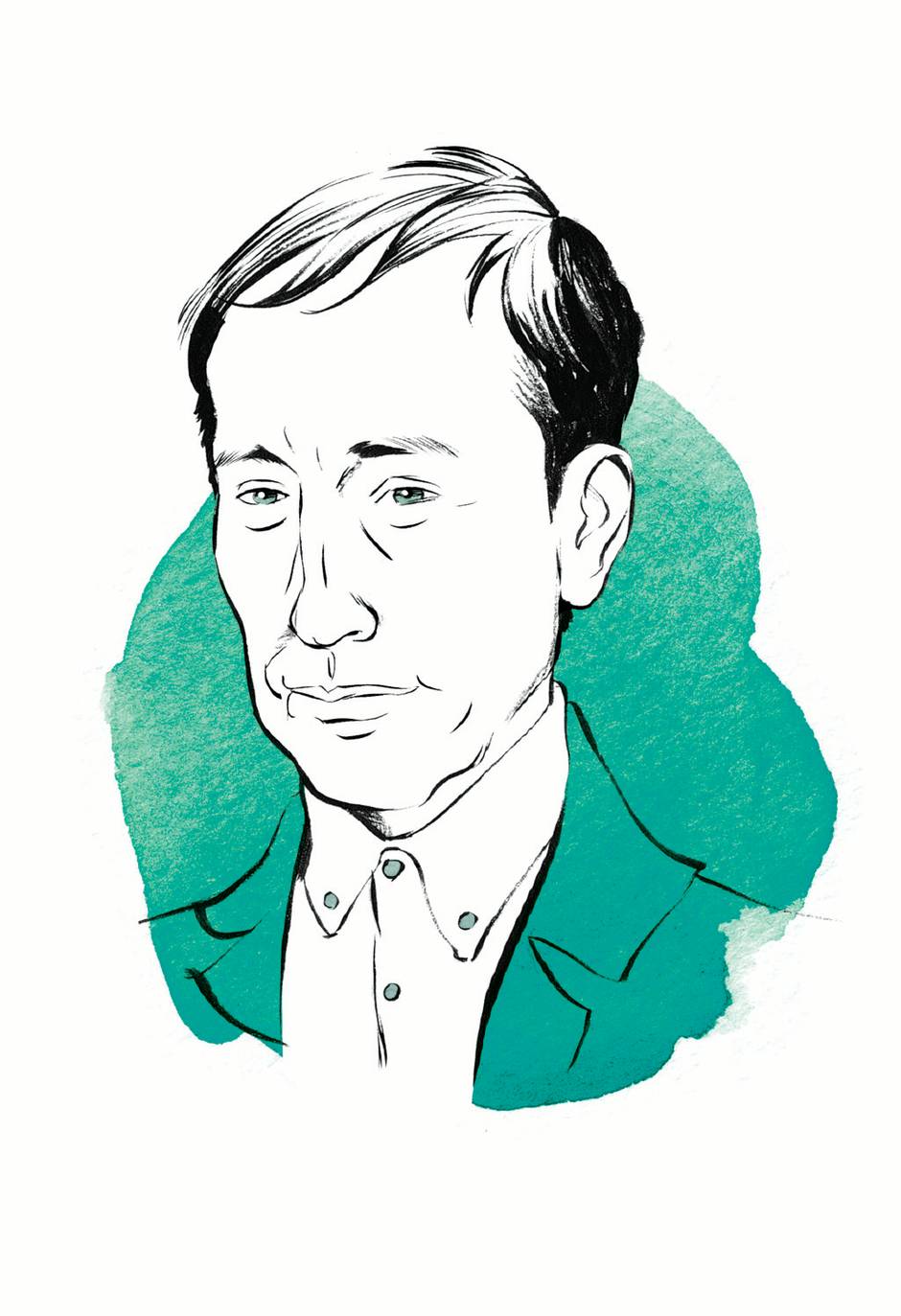 Mark Korven (Jori Bolton for The Globe and Mail)

This Toronto-based composer has been working in feature films and documentaries for about 20 years, scoring such titles as Vincenzo Natali’s 1997 sci-fi Cube and Peter Raymont’s 2004 doc Shake Hands with the Devil: The Journey of Romeo Dallaire. But it’s his work in Robert Eggers’s The Witch that’s garnering buzz and critical acclaim since its debut at Sundance in January.

Korven’s foreboding strings- and choir-driven score has drawn comparisons to Krzysztof Penderecki’s atonal compositions in The Shining. The composer calls the experience of scoring the film – which enjoys its Canadian premiere at TIFF on Sept. 18 – “humbling,” and adds, “It taught me to check my ego at the door when I’m working with people that have such a strong vision.”

The 14-time Gemini Award-nominated composer came to the project by way of agent Ari Wise, who knew the film’s producers in Toronto, and soon helped Eggers realize his singular vision for the gothic debut feature using such instruments as the Jouhikko, a primitive Finnish fiddle, and the Swedish, medieval-keyed violin, the Nyckelharpa.

Korven, who says he enjoys the variety of working between narratives and documentaries, is also at TIFF this year with Patrick Reed and Michelle Shephard’s documentary Guantanamo’s Child: Omar Khadr. Next up, he is composing Thomas Woodrow’s We’ve Forgotten More Than We Ever Knew – “a postapocalyptic story that is very moody and strong onatmosphere. Right up my alley,” Korven says.