Would Nick and Nora Charles have solved all those murders in The Thin Man without the benefit of copious highballs? How could Bill Murray have ended up with Andie MacDowell in Groundhog Day without the aid of a daily sweet vermouth on the rocks with a twist? What would James Bond be without his martini, The Dude without his white russian or Carrie Bradshaw without her cosmo? More sober, sure, but also less iconic and not nearly as glamorous. As Chris Johns notes, movies and cocktails go together like, well, movies and popcorn. So with the onset of TIFF, it’s not surprising that bartenders across Toronto are looking to cinema for inspiration this week 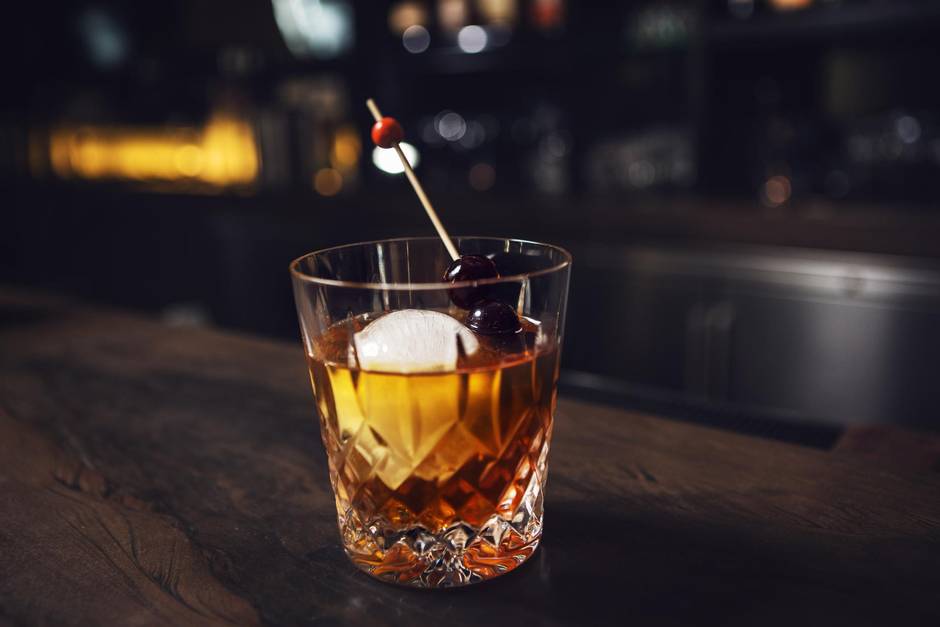 dbar at the Four Seasons

For one month each September, the Four Seasons’ dbar stirs up a special, cinematic themed “Movie Mixology” menu. Last year it was famous movies of the past 40 years, but this year, bar manager Grant Nelson and his team are focusing exclusively on movies premiering at TIFF.

Mr. Right, the movie, is a light action comedy starting Anna Kendrick, Sam Rockwell and Tim Roth in which a young woman who falls in love with a sweet natured hit man. Mr. Right, the cocktail, is a modern take on the iconic Manhattan. “It’s a classic masculine cocktail with an element of smokiness and a little bit of sweetness to it,” Nelson explains, “so it fits perfectly with the theme of the movie. It’s designed to be a performance, so it’s really a cocktail you want to watch being prepared.”

Braise an oak barrel stave with a blowtorch until smoky. Rest a rock glass above the smoking stave to infuse the glass with the flavour and aroma of wood and smoke.

Combine bourbon, vermouth and bitters with three ice cubes in a cocktail shaker. Stir gently, being careful not to bruise the spirits or cloud the drink. Fill the rock glass with ice and strain the cocktail into it. Garnish with the cherries. 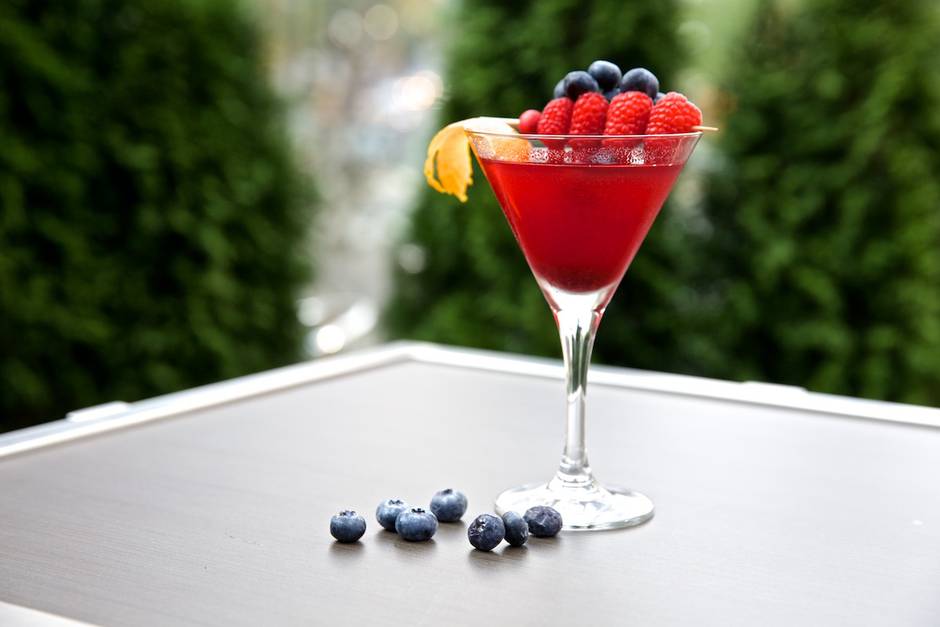 For better or for worse, no cinematic cocktail in the past 20 years has had more of an impact on drinking culture than the cosmopolitan. By the time the Sex and the City movie was released in 2008, the drink became so ubiquitous, it sparked a backlash with some snooty mixologists refusing to make the drink. Although the drink is now nearly synonymous with Carrie Bradshaw, the original recipe dates back to the 1950s and the most familiar preparation was created by none other than Dale “King Cocktail” DeGroff.

The Shangri-La hotel thinks its time to update this much-maligned classic. Their version replaces the cranberry juice with a flavour packed iced-tea made from grapes, elderberries, black currants and blueberries.

Steep tea in hot water for 5 to 8 minutes. Allow to cool. In a shaker, combine all ingredients and shake with ice. Strain into a chilled martini glass and garnish with an orange twist. 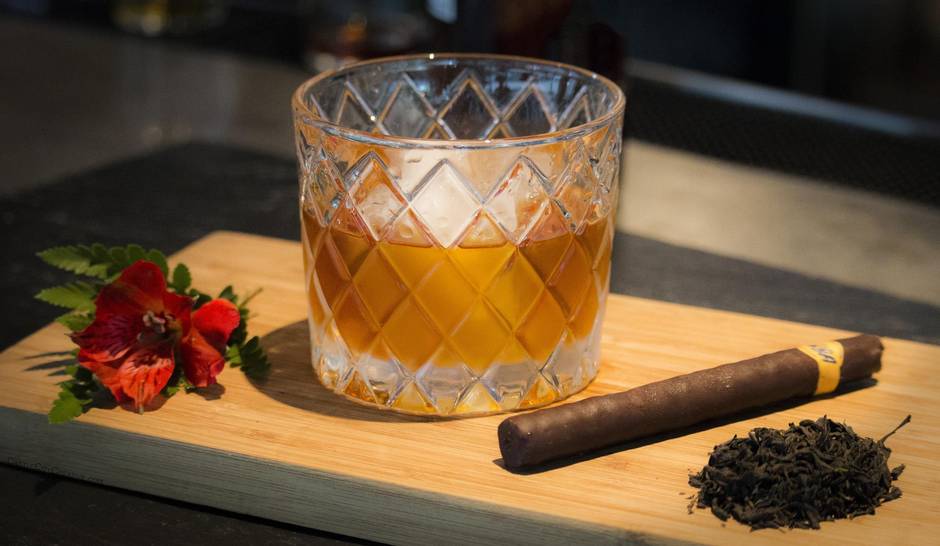 The original Godfather cocktail – and at this point I am obliged to say that it’s “a drink you can’t refuse” – was allegedly the favourite cocktail of Marlon Brando who, of course, played Don Vito Corleone in The Godfather. As part of their special TIFF menu, the Ritz Bar is recreating cocktails inspired by the past 40 years of TIFF and they’ve reimagined the Godfather, tweaking the drink’s most obviously Italian component, the almond flavoured liqueur, Amaretto, by smoking it over lapsang souchon tea. The tea’s sweet pine and dried berry flavours complement the Scotch while the smoke adds complexity to the Amaretto’s almond component. The name, Godfather 76, is a reference to TIFF’s inaugural year.

Combine all ingredients in a shaker filled with ice. Shake and pour over a king cube in a patterned double rocks glass.