The film producer Molly Smith was on the phone from New York, talking up her two-year-old financing and production studio, Black Label Media. “We want to be a filmmaker-driven company,” she said. “We want to work with incredibly talented filmmakers.”

In its pursuit of that goal, Black Label has so far carved out an unusual niche. As Smith spoke, the Montreal-born director Jean-Marc Vallée was nearby, scouting locations for the company’s next movie, Demolition, which he will start shooting after the Toronto International Film Festival closes next weekend. Only a few days earlier, Smith had wrapped production in New Mexico on the drug cartel drama Sicario with director Denis Villeneuve. And this weekend, she is at TIFF with The Good Lie, a drama about the Lost Boys and Girls of Sudan directed by Philippe Falardeau (Monsieur Lazhar).

Which is to say: At the moment, all of the directors making films with Black Label Media, which is based in Beverly Hills, are from Quebec.

Smith, whose credits include The Blind Side, said the connection is a coincidence. “It just so happens that our first three films, back-to-back, have been with these three talented guys from Quebec.”

Still, Black Label Media is on the vanguard of what appears to be a signal moment in the development of this country’s filmmaking: Cultivated by passionate audiences at home and spangled with awards from abroad, Quebec directors are reaching beyond their borders en masse, in the process becoming some of the most sought-after interpreters of the American experience.

And now three of them are bringing Hollywood-backed films to TIFF. On Friday evening, François Girard marked his return to filmmaking, after seven years of directing theatre, operas, and a pair of Cirque du Soleil shows, with a gala premiere of the family-friendly Dustin Hoffman drama Boychoir. The Good Lie will have its world premiere Sunday afternoon, marking Falardeau’s debut as an English-language filmmaker. Vallée’s new movie Wild, which debuted to a flush of goodwill last weekend at the Telluride Film Festival, will unspool Monday night.

And while they are each vastly different from the next, all three are intensely American films.

Falardeau, 46, says Quebec directors have been able to develop their own voices because of the unique aspects of that marketplace. “You don’t need to compete with the United States – we’re not losing our biggest stars, we’re not trying to make films like they are,” he said in an interview. “When our films come out in Quebec, it’s a different captive audience. And I think our proximity to Europe – perhaps we see more films from Europe and perhaps we feed on them, but certainly I think this makes us freer in many ways.”

Girard, 51, suggested that has not always been the case.

“There has been a real dialogue between the Quebec audience and its filmmakers over the last 30 years,” he said. “It just helps the whole milieu mature: not only filmmakers but producers, writers, distributors.”

His followup stars Reese Witherspoon in the real-life story of Cheryl Strayed, an aspiring writer who went off the rails and became addicted to heroin in her mid-20s after her mother died of cancer. The film follows Strayed after she has stopped using, as she embarks on a perilous, solitary 1,800-kilometre trek in 1995 up the Pacific Crest Trail in hopes of reclaiming herself. Along the way, she encounters kindly folk, generous fellow travellers, grieving Deadheads, menacing hunters, emotionally wounded bikers, and the brutal indifference of nature. It is a journey as much into America as into Strayed’s own broken heart.

Vallée, 51, who lives in Montreal, notes it was never his aspiration to move to the United States. “I was influenced by great American filmmakers – from Billy Wilder to Frank Capra to David Lynch – so many of them – Scorsese, Hal Ashby, Milos Forman. I was watching American films, like Cuckoo’s Nest, when I was younger,” he said.

Falardeau became a hot property in Hollywood after his last film, the exquisite Monsieur Lazhar, a drama about a special teacher and his young students, won a raft of awards (six Genies, seven Jutras) and was nominated for the foreign-language Oscar.

“Tons of scripts came my way from the United States,” he explained. “None from Canada. Or, just one or two.” With the ready-made American scripts, he saw an opportunity to practise his craft more frequently than he could at home, where it usually takes him three to four years to write and then direct a film.

Making The Good Lie, he noted, was a learning experience. “When I work with Luc Déry and Kim McCraw [who produced Monsieur Lazhar], it’s like playing on the same line on the ice rink for many years, with the same guys: We know each other, and I ask them about their sentiment about some of the artistic decisions I’m making,” he said.

“In the United States, every time I have an idea for the next day, I need to make sure that everyone is on the same page. I write e-mails to the producers, we discuss it; you don’t want them to be surprised.” (There are 13 credited producers on The Good Lie, 16 on Boychoir, and six on Wild.)

He adds: “You have to choose your battles.”

Falardeau said he won an early one. The Good Lie begins in the horror of war, as a handful of children escape from a village under attack, and then walk for months to the safety of a refugee camp in Kenya. It is another 13 years before they are plucked out and deposited, like aliens, into the strange world of Middle America. When he pitched for the job, Falardeau insisted on using real Sudanese refugees in the main roles. The producers agreed, sparking a worldwide casting effort. Producer Smith praised Falardeau’s striving for authenticity in the casting and filmmaking, and said it mirrored Vallée’s own stripped-down approach to production, which enables him to draw quicksilver, unguarded moments from his actors.

Still, as a director-for-hire, Falardeau acknowledged that he did not have the same artistic control he does on his features back home. “If this film had been done in Quebec, it probably would have been a little tougher to watch, a little darker,” he said. “But the ground rules were established from the start, and I agreed with that. And we all were on the same page as to why we wanted to make the film.”

After the excitement of TIFF fades, Falardeau will head up to northern Quebec to shoot his next film, a French-language political comedy he has been developing for the past four years. In the future, he hopes he can alternate between smaller, more personal films and larger U.S. fare.

Vallée suggests that he and his colleagues possess a new internationalism, which will help them reach wider audiences. “There’s a tradition of storytelling – we’re starting to have this now in Quebec and Canada, this thing of giving importance to storytelling more than the [form],” he says.

“The kind of cinema that I practise and cherish, it’s story-driven-oriented, emotion/character-driven-oriented. In Quebec, there’s more of a tradition of author-driven films, not necessarily focusing on the importance of story but rather on the signature of the film and what the director wants to do.”

“When I look at Philippe Falardeau, Xavier Dolan, Denis Villeneuve, there seems to be an intention to tell stories, and to get out of Montreal, get out of Quebec, to say: ‘Alright, let’s tell stories, let’s try to touch the world,’ ” he says.

“It looks like we’re opening up. See, we’re embracing this culture.” 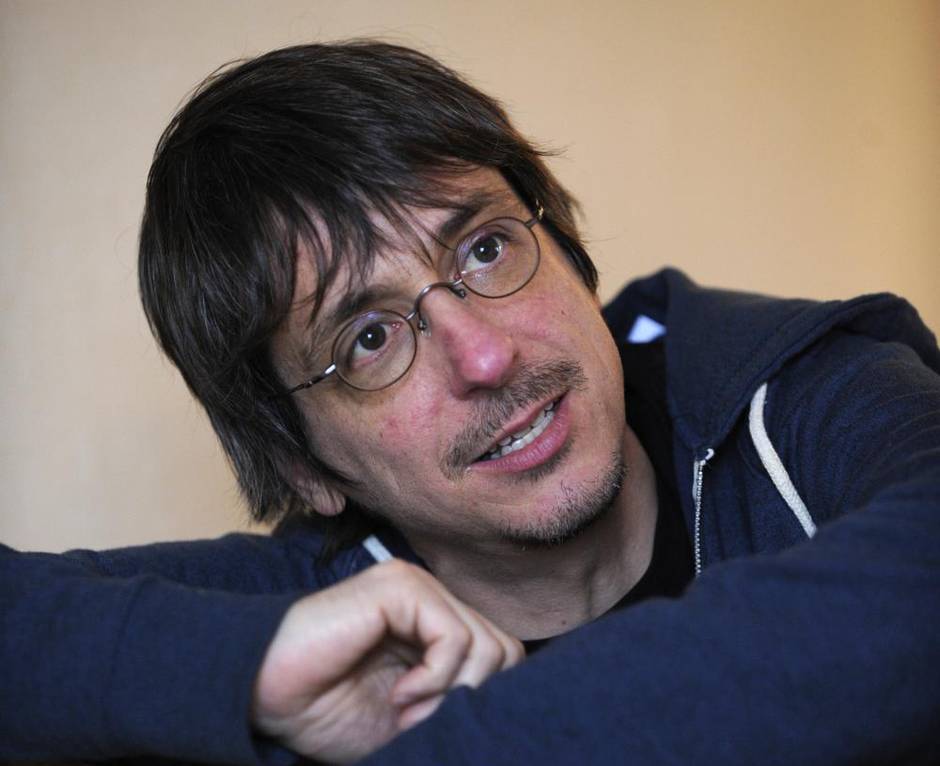 The Good Lie is an American film, but the seed of Philippe Falardeau’s involvement was planted by a National Film Board documentary. In 1994, he went to South Sudan as a cinematographer on the doc Waiting, which told the story of the Dinka people, victimized by the civil war, awaiting food aid. So, when he met with The Good Lie producers, he says, “I brought my own pictures I took in Sudan, and I said, ‘These people are Dinkas. I met them, I know them, I saw them die from hunger … We had to be evacuated twice because of crossfires and warlords coming our way every time there was a food drop, so I left the place with the sentiment that I had abandoned something. And when I read the script, it was just, like, a way for me to redeem myself – which is absurd, of course – but I just felt that I had the insight to do this, from a North American perspective. That I needed to do this.” 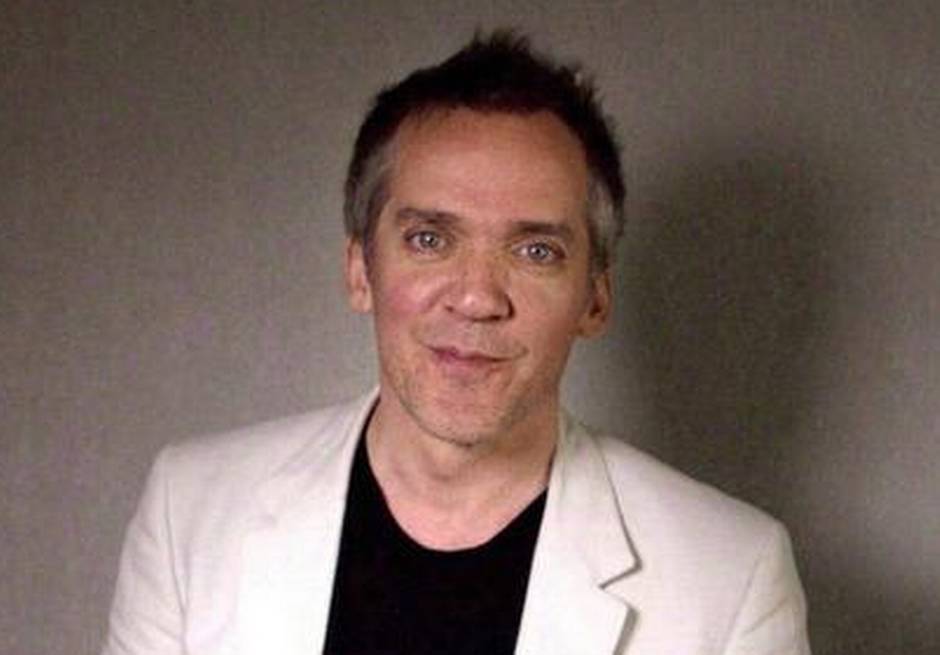 Jean-Marc Vallée got the nod to direct Reese Witherspoon in Wild even before he had finished his final edit of Dallas Buyers Club last year. Witherspoon, whose talent-agent husband, Jim Toth, works with Matthew McConaughey, felt that film had the same quality she wanted for Wild. “It was raw, it felt authentic, real, dirty sometimes,” says Vallée. “On Dallas and Wild, there was no electric crew, no lighting, it was hand-held – no grip, no dollies, natural light all the way in both films.” Based on the bestselling, Oprah-approved memoir about author Cheryl Strayed’s 1,800-kilometre hike in 1995 up the Pacific Crest Trail, Wild is a journey of self-discovery. “It’s a very American film that takes place in the wilderness, but I didn’t feel different, as a Canadian, and go, ‘Oh, I gotta learn to be more American.’ With Dallas, I had to do homework, to become some sort of Texan and know the world of the eighties and gay activists and the FDA. Here, it was more about the human soul, and the human heart.” 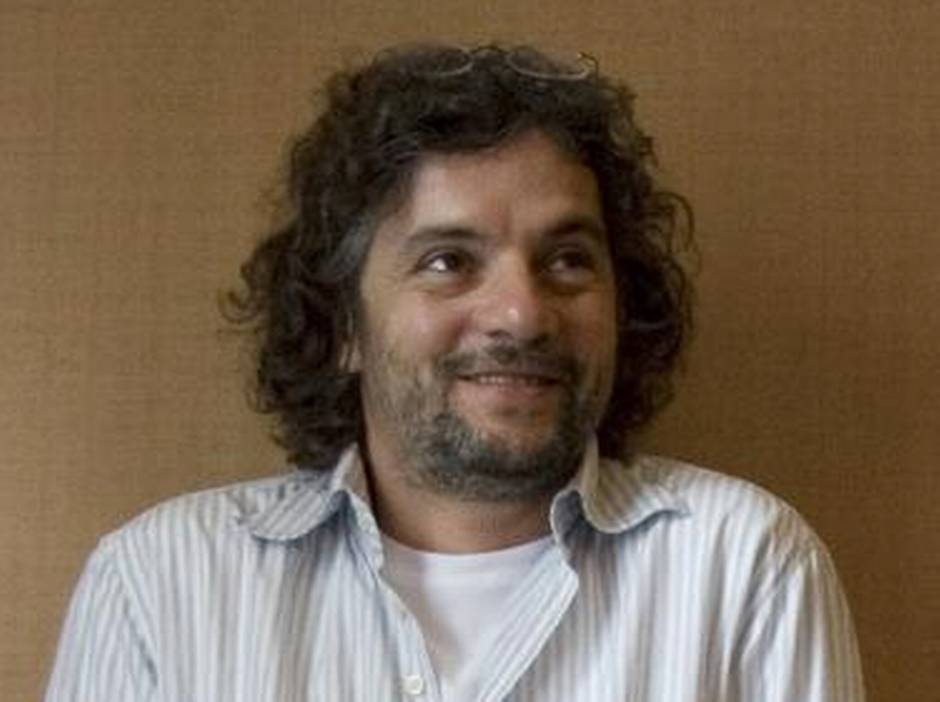 Seven years after making his last film, the drama Silk, François Girard returns to the director’s chair with Boychoir, a sentimental tale about a motherless boy with an angelic voice and a bad attitude, making his way at a prestigious prep school. Best known for his musically oriented Thirty Two Short Films About Glenn Gould and The Red Violin, Girard has been busy since Silk, directing theatre, opera (including Parsifal at the Met last year), and two Cirque du Soleil shows. He has a reverence for music that is rare among filmmakers: In Boychoir, which features resplendent choral numbers ostensibly sung by students of the American Boychoir School, you could close your eyes and imagine you’re at church. About 10 years ago, Girard and Boychoir star Dustin Hoffman became friends while developing a couple of projects that failed to get off the ground, so when producer Carol Baum showed him the script for the new film, and mentioned Hoffman was attached, he leapt. “My first home is film, and I’ve started missing it really badly. To come back to shoot this movie, to find myself on a film set, was a great joy, and now I’m determined to stay there for a while.”