Timing is everything – even when it seems like the worst timing in the world.

At any point in recent cinematic history, director Dee Rees's new drama Mudbound would count as a significant achievement. An epic adaptation of Hillary Jordan's acclaimed 2008 novel, the film follows two families struggling to adjust to a new era in the Mississippi Delta following the end of the Second World War.

On one side are the McAllans, white cotton farmers who find themselves tested by both the land and the lingering after-effects of war. On the other, the Jacksons, a black family living on the McAllan property who dispatched their eldest son to fight overseas, only to watch him face hatred and violence back home.

Yet this isn't any arbitrary moment in history.

In a year when the words "Charlottesville," "Trump" and "alt-right" can trigger a tidal wave of confusion, anger and despair, Mudbound stands out in the roils and waves of the cultural currents. Rees's weaving of race, class, alienation and the old standby of the toxicity of the American Dream suddenly seem larger, more forceful and even intimidating in today's heightened political climate. What may have, in any other year, simply been a prestige drama from an acclaimed talent today seems poised to be hoisted up on a pedestal, a raging alarm bell that those who forget, or willfully ignore, history are condemned to repeat it.

"I think art always comments on the time and place it was created. The novel was from 2008 and the film is from 2016, but they are both commenting on 'the now,' " Rees, 40, says in an interview the week before Mudbound screens at the Toronto International Film Festival. "It's what we are all feeling. It's in our bones."

Rees's comments echo a remarkably powerful speech she gave last month to the Sundance Institute as she accepted the organization's Vanguard Award. It was just a few days after violence erupted in Charlottesville, Va., when white supremacists unleashed a torrent of hatred upon the city and the country. Rees, whose filmography is slight (2011's Pariah, 2015's HBO biopic Bessie) but fuelled by themes of race and identity, chose the path of resistance.

As much as Mudbound exists as a stark rebuke to the current undercurrent of fear and divisiveness, Rees is also quick to acknowledge she's no Nostradamus. The film's story speaks to today, but it was in the works for years, bouncing off themes of bigotry and hatred that have long been part of the American conversation.

The issue of just how America developed its identity has long fascinated Rees, although she feels most confident finding a personal way into such socio-political themes. For her groundbreaking debut, Pariah, it was a matter of disassembling her own youth to tell the story of a black teenage girl embracing her sexuality. In Mudbound, Rees's grandmother acted as the conduit to a more distant time and place.

"She was born in Louisiana, in 1925, and her parents had their own piece of land. She also had this journal about the details of that life and became my guiding voice," Rees says, admitting there was a slight hesitation toward adapting Jordan's material, versus crafting her own story. "I ended up having a good foundation in the novel to build upon and then I could add my own voice, the voice of my ancestors, into it to make it honest, to make it unique, to make it shine."

A certain shine has been beaming down on Rees herself ever since 2005, when she abandoned the corporate world – she worked in brand management for Colgate-Palmolive – to enlist in NYU's graduate film school. Even though she was in her late 20s, her graduate thesis, a short film called Pariah, carried an urgent and youthful energy that must have seemed bewildering to her younger peers.

After finding a mentor in Spike Lee, Rees brought a feature-length version of Pariah to 2011's Sundance Film Festival, instantly earning raves and establishing her as a creative voice to watch – and the climb since that heady debut has been steady, if not rapid.

"I was lucky because I was always writing," Rees says, explaining the not-insignificant gap between Pariah and Bessie. "I was writing a pilot for HBO that didn't end up going, then I was writing another film [a script called Large Print that focused on ageism] that didn't go, but allowed me to explore certain ideas. I was never not writing. Now, it seems that there are so many things I want to do, but I don't have enough time – yet all these ideas and worlds are the fruit I come back to."

Rees is currently fine-tuning her next project – a horror "centring on the domestic lives of black lesbians in rural America," for Blumhouse, the same production company behind this year's subversive hit Get Out – which helps distract her from the other conversation dominating Mudbound: its Academy Award chances.

"I think any awards attention would be great for all the artists and craft people and actors involved, but we've done all we can to make something interesting and something great. The rest is out of our control," she says. "We can leave it to the audience. You can't control how people receive it."

You can control how people access it, though, and that is a stickier question for Mudbound. After playing this year's Sundance, Netflix acquired the film for $12.5-million (U.S.), the streaming giant's biggest sale of the festival. Mudbound's appearance at TIFF next week – alongside the company's other high-profile fall offering, Angelina Jolie's First They Killed My Father – suggests that Netflix is positioning Rees's work for an Oscar campaign. But it also means that, because of the company's current war with theatrical exhibitors – Netflix makes its films available to stream the same day they're released theatrically, a move that theatre owners say cannibalizes their business – Mudbound may not get the wide, big-screen exposure its epic vision deserves.

Rees has a different take.

"It's about people simply being able to see it," she says. "Even with Pariah, more people have seen that on Netflix than will ever see it in theatres. Pariah lives on and has a life of its own and is available for discovery. Our [director of photography] took amazing pictures here, but I want everyone to be able to see them.

"Whether you're in Louisiana or Ohio, you can see this right in your living room, and you don't have to pay $40 to go out," she adds. "It's just you and the art, and you can view it on your own terms." 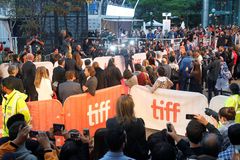 Actor Sheila McCarthy has a secret to her success
September 7, 2017 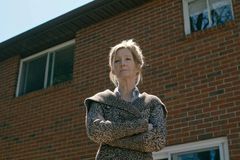