Here's a TIFF story for you: I'm in a glass office on the seventh floor of a Toronto media company, waiting to interview Daniel Craig about his movie Kings, which premieres on Sept. 13. This took about 47 e-mails to set up, but at 4 p.m. precisely, my phone rings, and Craig and I begin our chat. At 4:01, the building's fire alarm goes off, BWAH BWAH BWAH. "I'm sure it will stop," I sputter. It doesn't. Craig is saying something. It sounds like BWAH BWAH BWAH.

I'm herded into a concrete stairwell with a stream of people. Cell service cuts out. Long minutes later, I exit onto the street.

My phone rings immediately. It's Craig. "I wanted to make sure you're safe," he says. He tells me our time ran out and he has another interview to do. "But shall I call you back after that?" he asks. During TIFF, when interview minutes are parcelled out by heartbeats, this makes him my hero.

Chaos and ordinary heroism are two themes of Kings, which is set in April, 1992, when Los Angeles exploded into looting, arson and arrests, after the acquittals of the police officers who beat Rodney King. The action centres on Millie (Halle Berry), a hard-working single mother of nine (including foster kids) who's dedicated her life to keeping them safe. Craig plays Obie, the impoverished English novelist next door – and one of the few white faces in their South Central neighbourhood. In the violence of the riot, they find their common humanity.

Craig landed Kings with a phone call. In 2015, after he saw writer/director Deniz Gamze Erguven's brilliant feature debut, Mustang, he rang her out of the blue. "I was blown away by the beauty of it, and the assurance of Deniz's talent," he says. (That film is about a family of girls in Turkey, as their increasingly fundamentalist father cracks down on their freedom.) "I wanted to say hello and talk, tell her, 'If you have any projects in the future, I would feel lucky to be involved.'"

She certainly did. Craig's call "was surreal," Erguven, who was born in Turkey and grew up in France, says in a separate phone interview. "I'd been working on Kings for 11 years, and the part was perfect for him. Daniel has such extensive range. I loved casting him away from what people project onto him. It was one of my biggest happinesses ever working with him. A huge height of joy."

Craig makes such calls a lot. He rang J.J. Abrams and wound up doing a scene as an anonymous Stormtrooper in Star Wars: The Force Awakens. He phoned theatre director Sam Gold and landed off Broadway, playing Iago to David Oyelowo's Othello. And he did it even before becoming James Bond.

"There's not enough time in life. Is there really?" Craig muses, his Cheshire accent at once muscular and rat-tat-tat. "If you don't ask, you don't get. I've always been a bit pushy like that. They can always say no, and they have done. I'm not worried. Sometimes, it's just nice to go have a coffee and talk with great directors about what they think about film."

"It's a bit of inspiration," he adds. "You walk away and want to do new things. And maybe some people quite like meeting James Bond." His voice lowers. "I've got some stories to tell."

Craig recently announced that he'll be back in 2019 for a fifth and final turn as the superspy (working title: Bond 25). He has some things he wants to finish with 007. "But I'm not going to tell you what they are," he says, laughing evilly. "That would give it away."

He insists his reported reluctance to return to the role has been exaggerated: "The Internet is like a noisy pub on a Saturday night. Ninety per cent of what's being said is rubbish. There's a perception that I'm ungrateful, and that's so far from the truth it's laughable. I don't talk to the press a lot. I say things occasionally that I shouldn't say, which is stupid of me. But the timing was right. I'd done Othello, and Steven Soderbergh's movie [Logan Lucky, where he plays a bleached-blond safecracker named Joe Bang], and Deniz's movie, and I was incredibly creatively satisfied. The question of Bond came round, and I said, 'Let's have another go, and see if we can produce something wonderful.'"

The $10-million Kings, which was shot in seven weeks, mostly on location in South Central, is a far cry from 007. (Craig's physicality did come in handy on the last night of shooting, however, when Obie has to shimmy up a parking lot lamppost, wearing nothing but his skivvies.) Erguven began researching the L.A. riot – and lived in South Central for a month – after France twice denied her request for citizenship, which made her feel the sting of being seen as an outsider in her country. For her, the riot was "a profound incarnation of what I felt in my own heart," she says.

Much of what she discovered – police cars smashed through people's garden gates; a toilet was stolen from a house; the manager of a chain restaurant negotiated with looters; innocent people were handcuffed to streetlamps – shows up in her movie. "I wanted to embrace all the details, all the angles and notes," she says. "I want to convey that events that affect people we don't know – the beating of Rodney King, the killing of Oscar Grant – affect us as a whole."

Craig understands how sensitive the subject matter is, and his privileged distance from it. "I'm somewhere in life I would never have expected to be," he says. "I don't come from a terribly poor background, but I've lived most of my life without money and am incredibly fortunate now. To start going on about how I'm connected [with race issues] would be not close to the truth. But I do my best to stay politically connected. I do as much as I possibly can to try to help other people out."

He's "very proud to live in the U.S.," in New York City and a house upstate. (He's married to actress Rachel Weisz and each has a child from a previous relationship.) "This country is so complicated, but it has so much good about it," he says. "I'd be lying if I said I wasn't worried by what's going on at the moment, but you can't give up because there's a strange man in the White House."

If Kings were overtly political, Craig wouldn't have signed on. "I can't try to control the bigger picture when I'm working; it has to be about the character I'm playing," he says. "What Deniz has done is tell a story about the cycle of violence and innocent victims. There are no bad guys in the movie. Everybody is trying to get through this terrible, tragic event. The movie is about humanity. Has the U.S. changed for the better since '92? That's debatable. It feels very shaky at the moment. There's a lot of work to do. But you have to have hope, you really do."

Our borrowed time is up. "The fire brigade's gone now, have they?" Craig cracks. "They're not hiding around the office?" Then he's off to phone someone else. 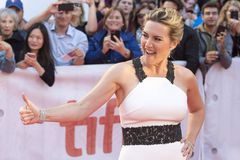 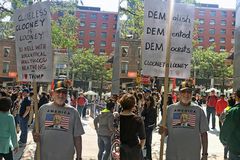 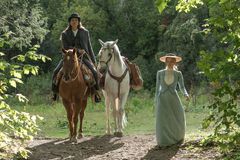