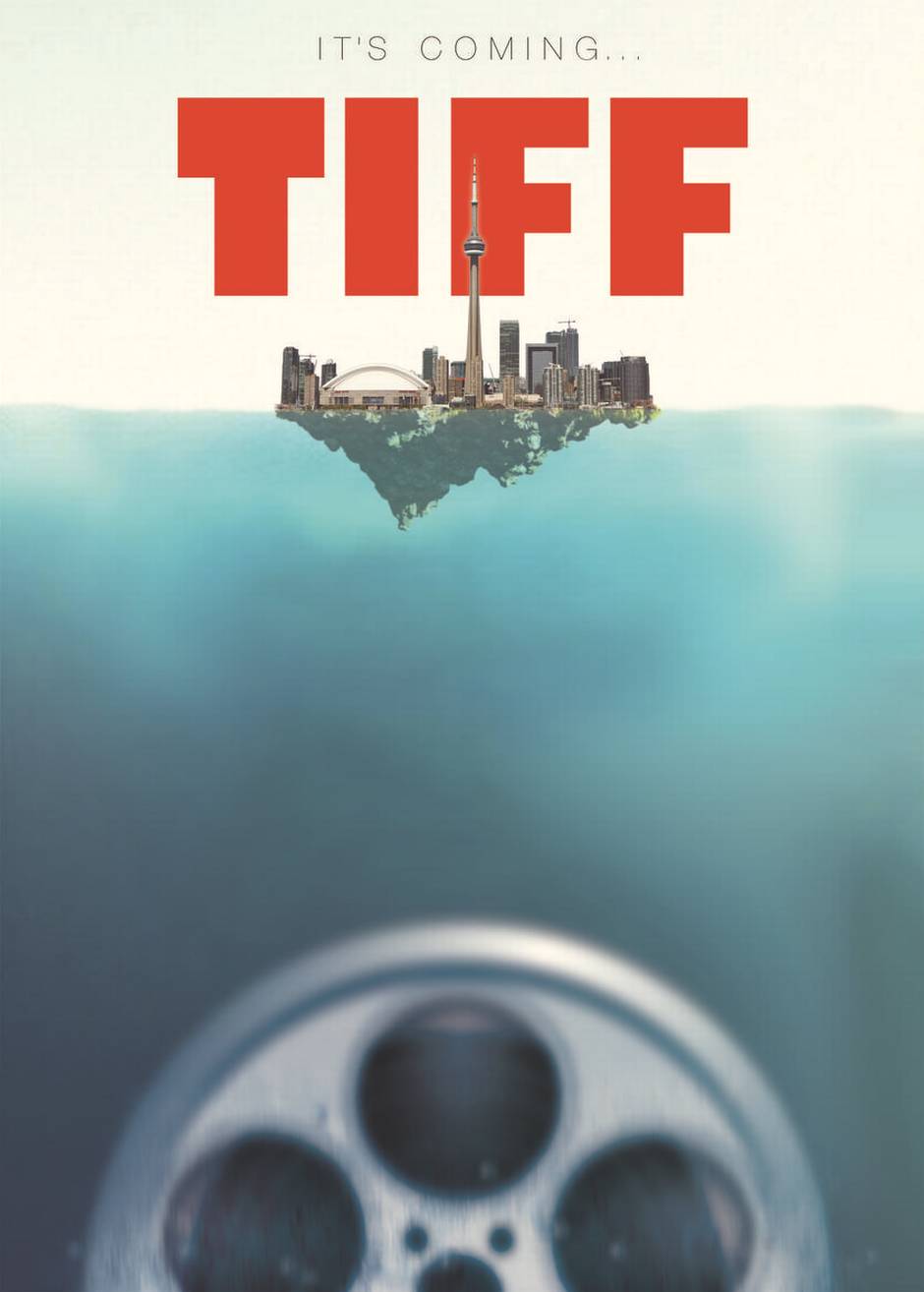 Esteemed members of the jury, turn off your cellphones, the show is about to begin. On Thursday, the 39th Toronto International Film Festival opens with the Robert Downey film The Judge, which is an appropriate title. During the next two weeks you, the audience, will be in the judge’s seat, passing your verdict on many films and on the festival as a whole.

Over the course of this trial, you will be exposed to an overwhelming amount of evidence (285 feature films and 108 shorts) and experience a Toronto pastime only slightly less popular than the actual movie-going – complaining about what’s wrong with this year’s festival: elitism and pandering, frivolity and self-importance, irrelevance and trend-chasing. And, don’t forget, those washroom lines and traffic jams.

In the case of the People v. TIFF we offer the following defence, based on a modest sampling of 10 representative films. And if they don’t offer a complete exoneration of the defendant, at least they make a case for leniency.

The charge: I want to see the best movies of the year before the Oscar season. The program guide says everything’s great, even if it’s mediocre, and I heard some of the best movies went to the New York festival. Is there anything really good?

Lots of TIFF films are the subject of early awards speculation, including The Imitation Game, The Theory of Everything and the two Reese Witherspoon films by Quebec directors, Jean-Marc Vallée’s Wild and Philippe Falardeau’s The Good Lie. But Bennett Miller’s Foxcatcher, which had its debut at Cannes in May, is in a separate class.

This true-crime film, based on the 1996 murder of a U.S. Olympic wrestler, is tautly scripted, resonant in its theme of the abuse of power, and features a trio of superb performances from Channing Tatum and Mark Ruffalo as wrestling brothers Mark and Dave Schultz and an unrecognizable Steve Carell as their multimillionaire benefactor, John E. du Pont. Pencil it in next to Boyhood on your Oscar pool because you won’t go wrong.

The charge: The world’s going to hell – Syria, Iraq, Gaza, Sudan, Ukraine – and TIFF is busy kissing up to movie stars. It’s irrelevant.

The documentaries at this year’s festival offer a roster of in-depth perspectives on contemporary conflict zones: The Wanted 18 (Palestine), Iraqi Odyssey (Iraq), This Is My Land (Israel-Palestine) and Beats of the Antonov (Sudan).

If you want to see one film that stands up as both art and on-the-fly history, the answer is probably Maidan, from two-time Cannes competitor Sergei Loznitsa (My Joy, In the Fog). Avoiding all narration and talking heads, and sticking to fixed cameras, the film records last winter’s protests in Kiev’s central square, which led to a violent government crackdown and the eventual ouster of Ukrainian president Viktor Yanukovych.

The charge: I’m not interested in Hollywood kitsch or current events. Where are the filmmakers who are advancing the art form?

The Wavelengths program, which used to focus on experimental cinema, has broadened to become home to international art-house luminaries, including Lisandro Alonso (Jauja), Tsai Ming-liang (Journey to the West) and 105-year-old Manoel de Oliveira (The Old Man of Belem). A key film figure in reshaping cinema in a doc-fiction hybrid is Portuguese director Pedro Costa, whose Horse Money is his fourth film set in the impoverished Lisbon neighbourhood of Fontainhas. The film focuses on an ailing, aged Cape Verdean construction worker, Ventura, and his feverish, death-bed dreams and memories.

The charge: Since Ingmar Bergman’s death, cinema has lost its aspiration to dramatic greatness. Where are the filmmakers wrestling with the themes of identity, love and morality?

If you want your Bergman close to the source, see the film version of August Strindberg’s Miss Julie, starring Jessica Chastain and directed by Bergman’s muse and disciple, Liv Ullmann. But if you want to see a contemporary, living dramatist doing some serious soul-mining, watch Turkish director Nuri Bilge Ceylan’s Palme d’Or-winning Winter Sleep, a drama that hits the Chekhovian bitter-sweet spot in an engrossing study of a former actor running a remote hotel in Anatolia while his marriage to a younger woman falls apart.

The charge: Sometimes, after enduring a “film,” I just want to watch a movie. Do I have to wait till the festival is over before I can enjoy some smart, cathartic butt-kicking?

The defence: THE EQUALIZER

Director Anton Fuqua’s update on the eighties television series was designed, over several years, with Denzel Washington in mind. The actor plays a middle-aged, erudite working stiff named McCall, who happens to have had a former career as a black ops secret agent. When he befriends a teen prostitute (Chloe Grace Moretz), his chivalric instincts are awakened – and bad guys fly like bowling pins. The Equalizer opens theatrically on Sept. 26. Can The Sequelizer be far behind?

The charge: TIFF, with its middle-aged, middle-class audiences watching quality films, is so last-century. Contemporary, grass-roots genre festivals like Montreal’s Fantasia International Film Festival and Toronto After Dark are about young fans actually having fun.

Give credit where it’s due. The Midnight Madness program has been a breeding ground for art/exploitation mania for more than 25 years, and the boisterous Madness screenings, when the parents have gone to bed, feel like a separate festival. This year’s top pick? Tokyo Tribe, with hip-hop gang wars in a future Tokyo. Japanese director Sion Sono’s previous film, Why Don’t You Play in Hell?, took the audience prize at the 2013 Midnight Madness. Sono’s biggest-budget film to date promises to be a blend of The Warriors, West Side Story and Scarface.

The charge: This year, we see a lot of prominent Canadian directors (David Cronenberg, Vallée, Falardeau, François Girard) directing American dramas. All very nice, but where are the young directors who are telling Canadian stories?

Long before “domestic terrorism” became a popular subject of mainstream thrillers, Canada had its own radicals, the Front de libération du Québec, or FLQ, whose string of violent acts culminated in the kidnapping and murder of Quebec labour minister Pierre Laporte in 1970. First-time feature director Mathieu Denis’s sixties-set drama traces a pro-independence Quebec teenager of Italian descent (his surname is Corbo) who progresses from activist to violent radical.

The charge: Whether highbrow or lowbrow, contemporary films just aren’t surprising. After a half-hour, I know more or less how they’re going to end.

The defence: JAUJA and BIRD PEOPLE

Here’s a surprise – you can still be surprised by the big screen. Lisandro Alonso’s Jauja, with Viggo Mortensen, starts as a Latin American western that resembles Heart of Darkness or The Searchers, then goes into the protagonist’s subconscious and zips through space and time.

But the “twist” winner might be French director Pascale Ferran’s Bird People, a two-part narrative about an American businessman at the Paris Hilton airport hotel, and the daily life of a curious hotel maid who works there, culminating in a transformation that left Cannes audiences either exhilarated or confounded. No spoilers here.

The charge: I’m into real people, not pretty movie stars. Where, for example, is the movie about Toronto Mayor Rob Ford?

The character of Mayor Vadim in Andrey Zvyagintsev’s Leviathan, an obese, foul-mouthed, hard-drinking buffoon with criminal links and populist support, may strike a chord with Toronto audiences. This scathing portrait of Russian provincial life features rampant alcoholism, political corruption and the shameless collusion of the clergy. Russia’s minister of culture (whose department helped finance Leviathan) declined to attend the official Cannes screening last May, complaining that he did not like the “the abundant profanity in the script.”