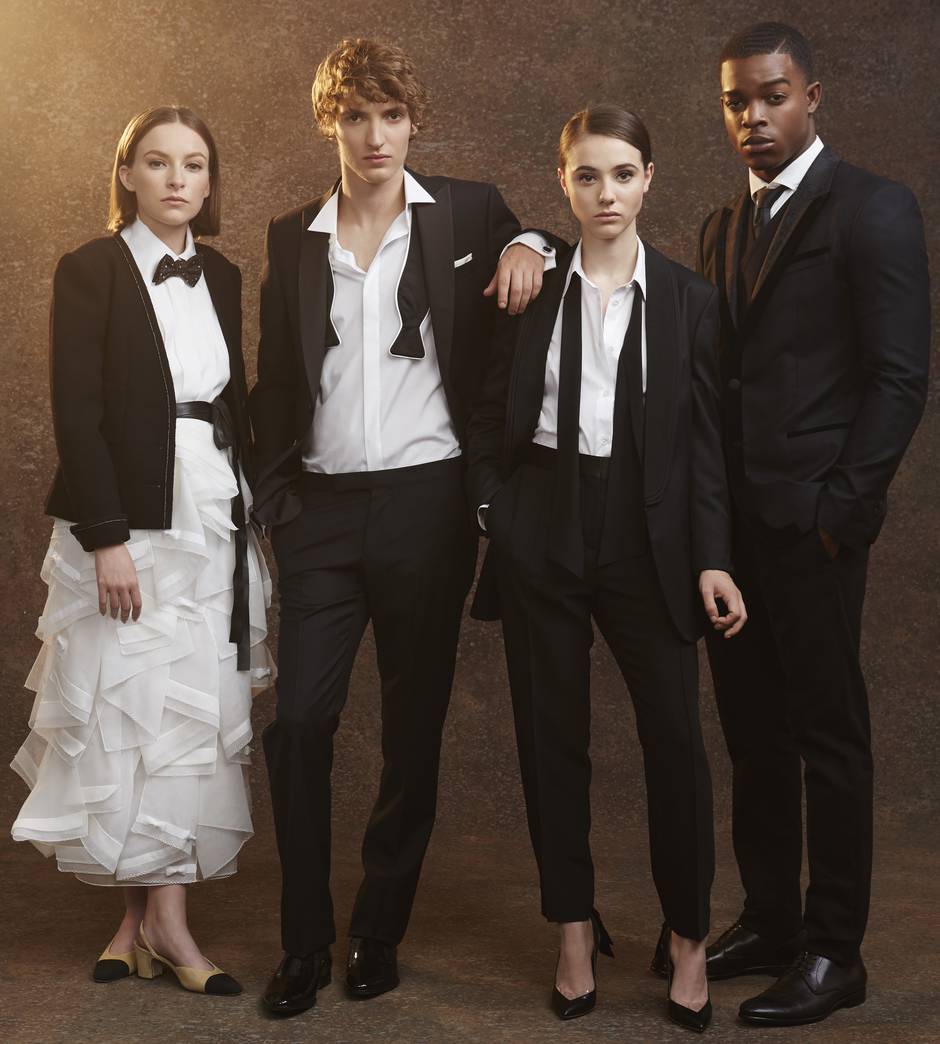 (From left) Deragh Campbell, Aliocha Schneider, Karelle Tremblay and Stephan James. (Photos by Andrew Soule for The Globe and Mail)

When it comes to predicting Canada’s best up-and-coming acting talent, there is no better forecast than the Toronto International Film Festival’s Rising Stars initiative. With a list of alumni that includes Emmy Award nominee Tatiana Maslany, critical darling Sarah Gadon, and Canadian Screen Awards favourite Cara Gee, the program – which runs four young actors through a blitz of casting meetings, interviews and red carpet appearances over TIFF’s 11 days – has set the stage for some of the most fascinating and talented performers to come out of Canada over the past five years.

“It’s an exciting thing as an actor for your friends to be building their careers and for you to be building yours alongside them,” says Deragh Campbell, the Toronto ingénue selected as one of this year’s group alongside Aliocha Schneider, Stephan James and Karelle Tremblay. “Hopefully we can keep giving each other a leg up.” 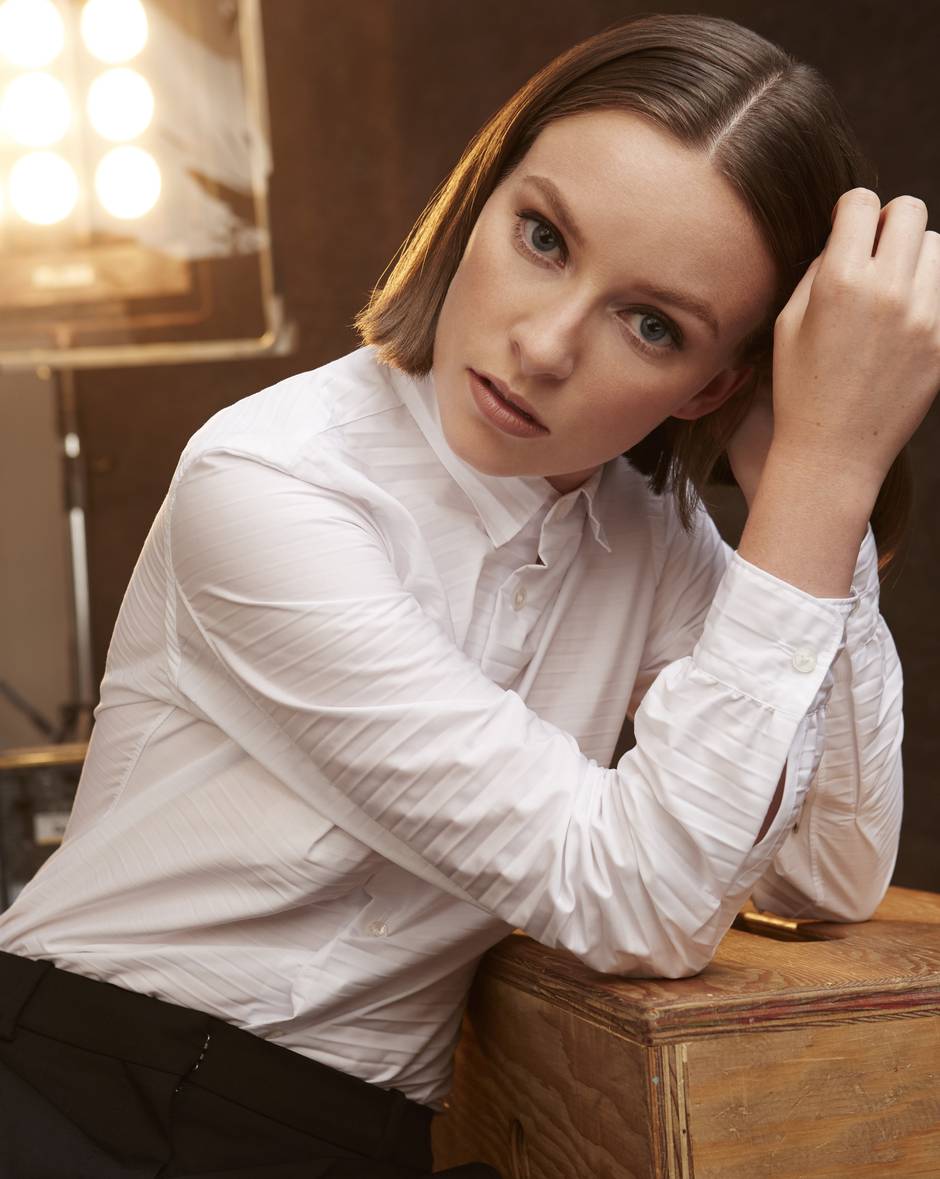 Watching a star being born is one of the best onscreen treats, especially if you don’t see the breakout coming. For Deragh Campbell, her burgeoning career has taken her by surprise as well.

Born in Toronto, Campbell (whose first name is pronounced “like Sarah but with a ‘D’”) grew up in Niagara-on-the-Lake, where her mother, Jackie Maxwell, is the Shaw Festival’s artistic director and her father, Benedict Campbell, acted in the ensemble for 12 seasons. While Campbell loved movies and the theatre, she initially wanted to become a novelist. “Basically something even more difficult than becoming an actor,” she says with a laugh.

After studying Creative Writing at Concordia University, a chance encounter with filmmaker Matthew Porterfield landed Campbell a role in his independent feature I Used to be Darker. A few scenes into the mostly improvised film, Campbell was hooked.

“I think what was most exciting for me to discover was that [acting] didn’t feel narcissistic,” says Campbell. “I love that moviemaking is such a collaborative effort, and that as an actor you have the incredible good fortune to be at the centre of all these converging, creative energies.”

Campbell has quickly impressed critics with her ability to translate gravitas from script to screen. Reminiscent of a young Michelle Williams and fellow Canadian, Sarah Polley, Campbell’s quiet, restrained delivery belies a fearlessness that’s well beyond her 26 years. Up next: two months in Germany to shoot Julian Radlmaier’s The Pursuit of Happiness, and a supporting role opposite Maslany in Joey Klein’s The Other Half. 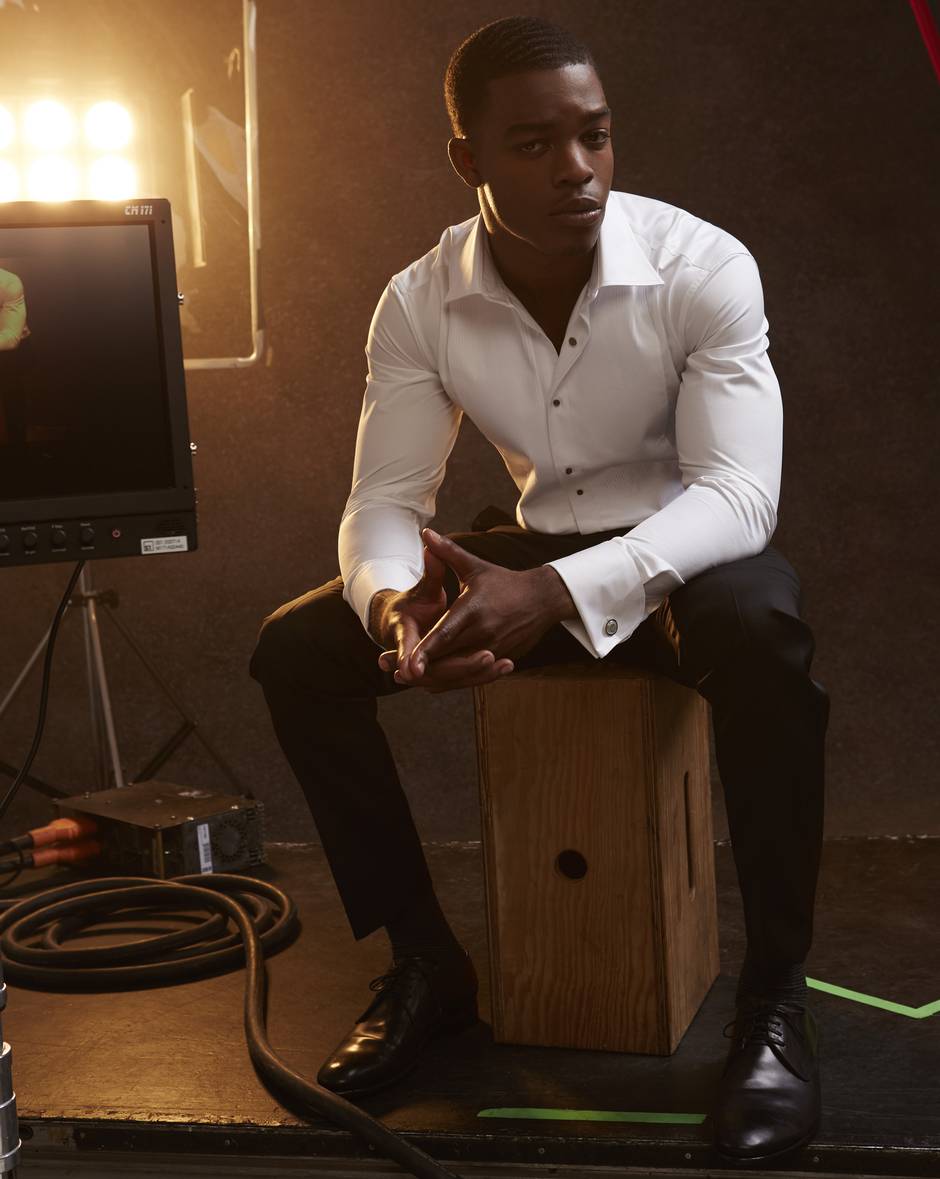 Barely five years into his career, Stephan James has already amassed an impressive set of credits, with roles in the Oscar-nominated Selma, as well as the CBC miniseries The Book of Negroes. His performance in the 2012 Toronto International Film Festival selection Home Again earned him a Canadian Screen Award nomination, while television critics raved about his role in the CTV series The L.A. Complex.

Perhaps the ultimate mark of James’s growing success came in the form of an e-mail. “I got a personalized invite to meet President Obama,” he says, recalling the time the cast of Selma screened the film at the White House. But the meeting with the President almost didn’t happen. “When I first saw the invite, I put it in the junk-mail folder,” James recalls. “I didn’t believe it was real.”

Next, the Toronto native will star in the much-anticipated Race, playing iconic American track and field athlete Jesse Owens, who famously took home four gold medals at the 1936 Olympics in Berlin.

For James, who grew up idolizing actors like Sean Penn and Leonardo DiCaprio, the chance to play Owens fulfills his desire to not only be an exceptional actor, but to be an inspiring one as well. “I want to do fantasy roles and play weird characters,” he says. “But I think we have an obligation as actors to tell stories that can affect our society on a more powerful, intellectual level too.” 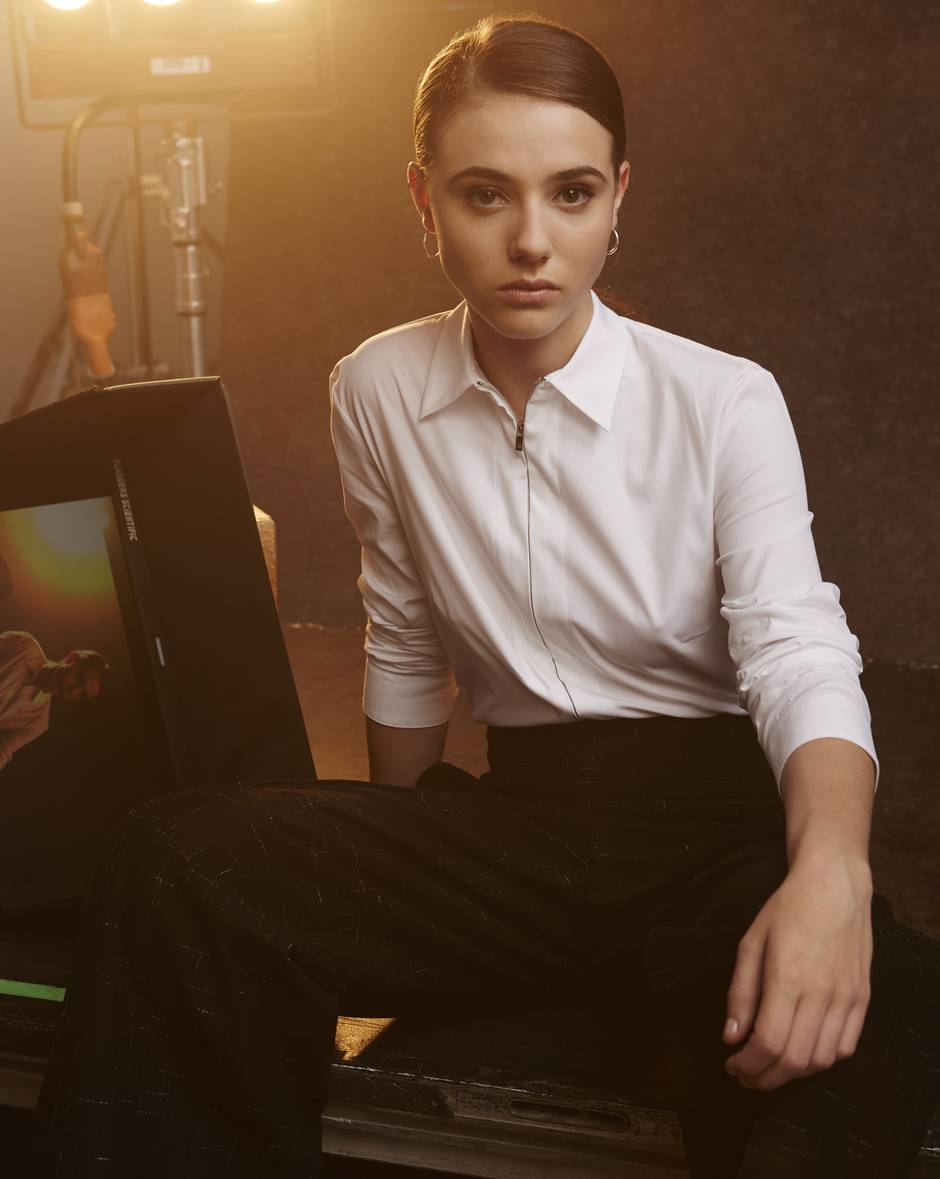 Karelle Tremblay started acting at 12 and had her first encounter with burnout by 13. Fortunately, she chalked up the moment to nerves and chose to soldier ahead.

Born and raised in the Plateau neighborhood of Montreal, Tremblay was cast in Radio-Canada’s Le Club des Doigts Croisés when she was still in elementary school. By the time she was a teenager, she had already racked up an impressive number of credits on television shows in Quebec, along with a supporting role in the dark comedy Amsterdam, and a starring role in the FLQ drama, Corbo, an official selection at last year’s TIFF. This time around, she’ll appear in the festival entry Les êtres chers.

Still just 19, the self-professed tomboy says she’s always been more “intense” and contemplative than many of her peers, mainly because she grew up constantly hopping from set to set. Looking ahead, she hopes to emulate the career path of Natalie Portman. “I like that Natalie is authentic in everything she does,” says Tremblay. “She can change emotions really quickly or play different characters, but it always feels real.”

Tremblay says she’s keen to “play something weird, like a psychopath. In the past two or three years, I’ve been discovering my dark side,” she says, convincingly. “My parents always told me I could do whatever I wanted to,” the actor continues. “In French, they say bon jugement et de confiance. They gave me good judgment and confidence.” 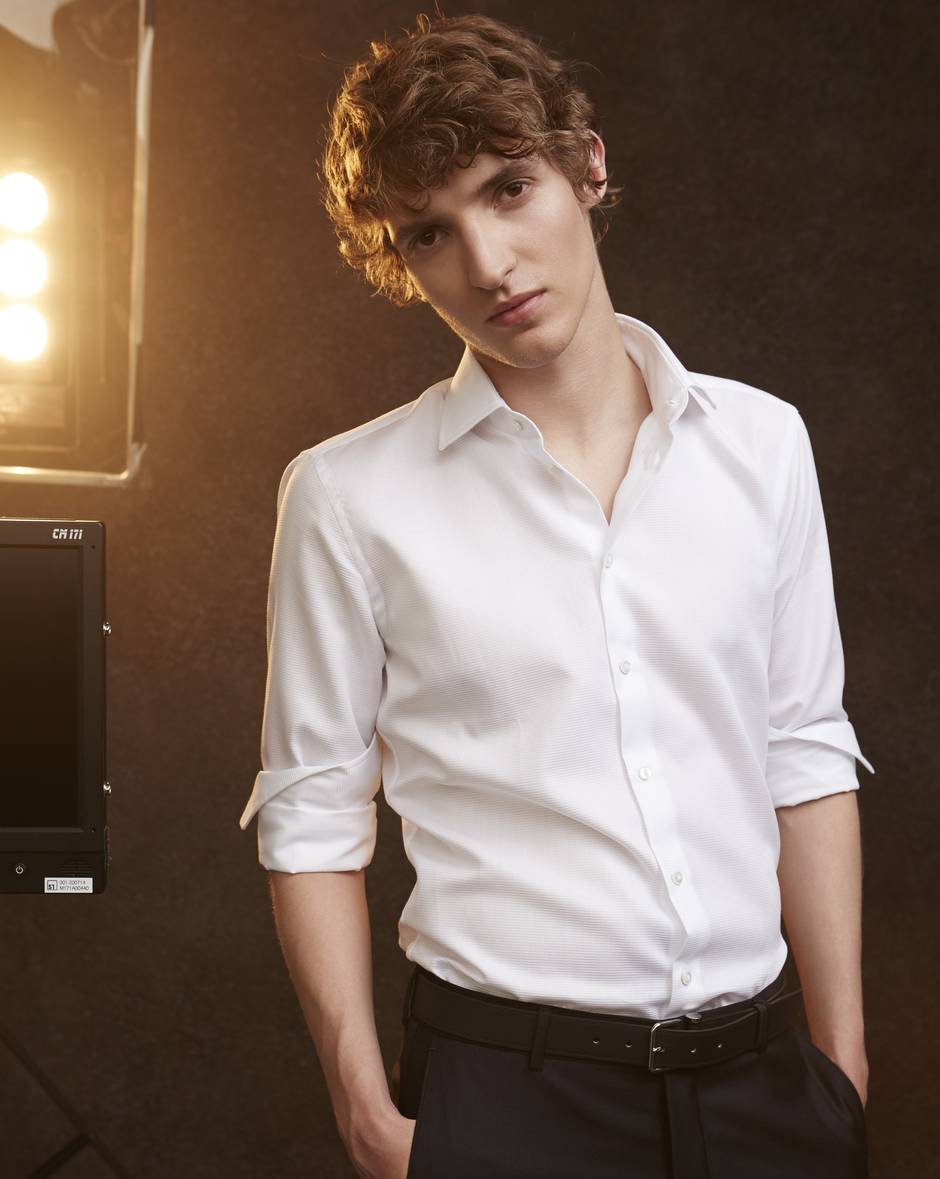 “I don’t want to be a pretentious indie film actor,” says Aliocha Schneider. “I want to be open to critique and to whatever opportunities come my way.”

Born in Paris and raised in Quebec, Schneider made his big-screen debut in the box office hit Bon Cop, Bad Cop – one of the highest-grossing Canadian films of all time. Just 13 at the time, he went on to amass credits on both stage and screen, including a memorable turn in the Télé-Québec dramatic series Tactik. He made his English-language debut in the 2013 comedy Three Night Stand, and recently completed work opposite Monica Bellucci in the Guy Édoin feature – and TIFF selection – Ville-Marie (Schneider will also appear at the festival in first-time-director Stephen Dunn’s Closet Monster).

“Monica was playing my mother and was very maternal and protective of me on set as well,” recalls Schneider. “I watched her a lot to see how she was working. Advice you can get from a book, but to watch someone act is the best schooling.”

Growing up, Schneider had lots of opportunities to observe other performers. The 21-year-old comes from an acting family – his brother, Niels, won the Trophée Chopard for young actors at the 2011 Cannes Film Festival and starred in Xavier Dolan’s Heartbeats – but the actor downplays any sibling rivalry. “What’s good for one is good for the other,” he says.

On Karelle Tremblay: The Row blouse, $1,110 at Holt Renfrew (www.holtrenfew.com). Thakoon culottes, price on request at The Room at Hudson’s Bay (www.thebay.com).