The Toronto International Film Festival will announce Thursday that the 10-day event will show 20-per-cent fewer films this year and cancel two of its 16 curated programs.

The downsizing follows more than four decades of steady growth for TIFF, one of the world's most prestigious film festivals, and the unofficial starting line of Hollywood's fall-season awards race. Sources close to TIFF told The Globe and Mail that two of the festival's 11 public venues will also be dropped. The moves come after some criticism that the festival had become unwieldy for industry players, such as film buyers and film sellers, as well as binge-watching fans, to view all the key pictures and that its offerings were too varied and of uneven quality compared with more tightly curated festivals such as Venice and Telluride, which both traditionally butt up against TIFF's timetable.

"We are trying to fine-tune the balance," TIFF's artistic director Cameron Bailey said in an interview, which was prompted by information given to The Globe that the festival was in retrenchment. "We're always looking at the festival to see what's working and what needs to be improved."

The Globe's Oscar predictions: Who will win, and who should win

The reduced footprint will likely not be popular with more alternative-minded moviegoers who wish to avoid the pomp, glitter and high prices of screenings at Roy Thomson Hall and the Elgin.

The other consequence is geographic, as TIFF moves ever further away from its roots in midtown Yorkville and focuses more on downtown venues.

In the exclusive interview at TIFF Bell Lightbox, the festival's headquarters, Mr. Bailey confirmed the festival would be dropping two of its long-established venues – the Hot Docs Ted Rogers Cinema and the Isabel Bader Theatre. The combined capacity of those two houses is about 1,150.

According to Mr. Bailey, the reduced number of venues does not necessarily mean there will be fewer screenings or fewer seats available for purchase.

Also gone are two programs: Vanguard, which featured edgy films that challenged genre and art-house conventions and acted as a sort of mature version of its cult-favourite Midnight Madness program, and City to City, which showcased filmmakers living and working in a selected metropolis. In 2009, the program's choice, Tel Aviv, sparked great controversy. Last year, it featured Lagos, Nigeria, focusing on the booming "Nollywood" industry.

A scathing article last fall in the influential film-industry newspaper Variety took issue with TIFF's size, asking in a headline, "Has the Toronto Film Festival gotten too big for its own (or anybody's) good?"

The article's writer, chief film critic Peter Debruge, argued that TIFF's emphasis on snaring Oscar contenders prevented other films from getting the attention they deserve.

"To put it bluntly," Mr. Debruge wrote, "TIFF has become a dumping ground, serving up hundreds of new movies with hardly any discernible sense of curation," adding the festival accepted "virtually any film with a couple [of] starry names in the cast – provided that they agree to walk the red carpet."

Last year, TIFF showed 296 features, about half of which were world premieres. "There were lots of brand new films," Mr. Bailey said. "The films we showed had 59 Oscar nominations."

A happy outcome, from Mr. Bailey's perspective, would be for the reduction in total films shown and the dropping of two venues to result in a better chance for screenings at remaining venues to sell out.

The Globe’s Oscar predictions: Who will win, and who should win
February 21, 2017 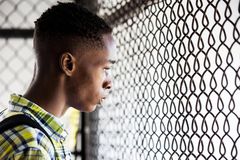 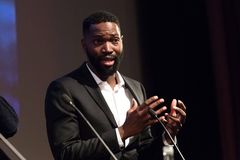 Oscar voters staring down a heavily political decision
February 17, 2017
Follow us on Twitter @globearts Opens in a new window
Report an error Editorial code of conduct
Due to technical reasons, we have temporarily removed commenting from our articles. We hope to have this fixed soon. Thank you for your patience. If you are looking to give feedback on our new site, please send it along to feedback@globeandmail.com. If you want to write a letter to the editor, please forward to letters@globeandmail.com.
Comments