Visual artist Mark Lewis will be installing a major exhibition in the Power Plant contemporary art gallery at Toronto's Harbourfront Centre later this month. The artist, a Canadian who lives in the U.K., makes largely silent short films that find alluring images and miniature human dramas in grand architectural tours of such buildings as the Robarts Library at the University of Toronto or the Louvre Pyramid in Paris. At the Power Plant, four of these films will be shown in four galleries, where visitors can view and review them at their leisure, wandering in and out or staying put as they please.

But what if Lewis were to compile the pieces into one feature-length film and invite a larger but stationary audience to sit through the whole thing, seeing it projected by means of the latest and highest-quality technology onto a really big screen? Cinema or gallery, does it make a difference?

That's the question that hovers behind the most experimental work that the Toronto International Film Festival has on offer: At its most adventuresome, TIFF's Wavelengths program shows work made by filmmakers who are also visual artists and who follow few of the conventions of plot, character or star performance that are so central to most movies.

"I never wanted to make a film," says Lewis of Invention, the feature-length piece created from five of his architectural shorts that will screen Saturday and Sunday at TIFF. "I wanted to make a moving picture that took its place alongside the great pictorial tradition … not that of theatrical narrative."

Lewis sees the freedom of movement that gallery visitors are permitted as a huge advantage over the cinema and he thinks of museums as spaces that encourage the kind of contemplation that his films demand. He sees only one advantage to the cinema: the expensive 4K projector that will allow audiences to see the finest details in Invention, a film that, like a Brueghel painting, often uses wide, high shots to reveal both an architectural panorama and tiny human events within it.

Will the cinema audience be ready to contemplate?

"One of the beautiful things about the festival and the excitement around it," says Andréa Picard, who has programmed Wavelengths for the past decade, "is that people are willing to take risks: the Wavelengths brand is known." She adds that the Wavelengths audience is usually made up of serious cinephiles who are well acquainted with the kind of film that art museums show.

For the filmmakers featured in Wavelengths, those two different venues may actually change the way the work is received. The Thai filmmaker and visual artist Apichatpong Weerasethakul, known for his 2010 film Uncle Boonmee Who Can Recall His Past Lives, suggests the cinema creates a more visceral yet more linear experience in which the audience empathizes with the action on screen. Meanwhile, the gallery may produce both a more intellectual reaction and a more erratic one, because the audience can choose its distance from the work. He has more control over the way a cinema audience receives a story, but he likes the experimentation of the gallery setting.

"For me, the reflection [back] to the self is more powerful in cinema," he said in a recent e-mail exchange. "In a gallery and museum, it is about … ideas and flashes of recognition. It is a space for pure abstraction, but more friendly."

Weerasethakul has a foot firmly in both camps: He is coming to TIFF again this year, showing both a new feature entitled Cemetery of Splendour and a six-minute video, Fireworks (Archives), that will be exhibited at the Art Gallery of Ontario. The two works are complementary; like Uncle Boonmee, Cemetery features a plot with supernatural implications set amongst the oppressed people of northeastern Thailand, where the protagonists investigate a mysterious outbreak of sleeping sickness. Meanwhile, Fireworks (Archives) is a more abstract piece, a brief nocturnal set against a backdrop of exploding fireworks that features images of animal statues at a temple and the ghost-like presences of the director's regular actors.

"It takes a long time to make a feature film," Weerasethakul said. "There are many rules such as a certain length, budget planning, the audience's state (sitting in the dark like a zombie!) I enjoy these rules. However, it can limit your creativity so I divert to visual art. It's a platform where I can experiment with a burst of emotion."

Wavelengths also features a new work from the British filmmaker/artist Ben Rivers. The Sky Trembles and the Earth is Afraid and the Two Eyes are not Brothers is a film inspired by A Distant Episode, a brief and fevered short story by the American expatriate Paul Bowles, who lived most of his life in Morocco. In the story, a patronizing Arabist academic offends local sensibilities and is kidnapped by tribesmen who cut off his tongue before eventually releasing him into the desert. Rivers turns the academic into a film director shooting in Morocco, who is kidnapped, dressed in suit of flattened tin cans and sold off as a dancer – a function he cannot perform. He has come to mine the desert for entertainment, not to provide it himself.

The film is part of a larger art installation that included, among many other elements, the actual suit of tin cans. It was unveiled this summer in London, located in soon-to-be-demolished television studios abandoned by the BBC. If Bowles's story was a cautionary tale about colonialism, Rivers's film updates that moral and applies it to the studio system: He is fascinated by the many abandoned film sets that litter the Moroccan desert.

Largely a vessel for storytelling, contemporary popular film, whether it's the so-called indies or the studio pictures, seldom acknowledges or discusses its form: Rivers stands out here as a director who wants to talk about film in film.

Similarly, Lewis's Invention is an art film about the movies: He argues that the metropolis invented film, and says his architectural shorts (although visibly contemporary) depict cities before the movies, as the camera discovers them. The minuscule dramas in Invention – there is a man talking on a cellphone, walking under Sao Paulo's Minhocao overpass while a searching woman peers down from the parapet above – reveal the way in which the city stages scenes for the camera. And so filming begins.

Do initiated cinephiles and dedicated gallery goers require spoiler alerts? Lewis ends Invention on the streets of Sao Paulo with an almost satirical note: a cyclist is found lying dead on the pavement as patrons emerge from a cinema. Art may be contemplative, but film demands drama, and the movies will always get their way.

Why TIFF is a perfect breeding ground for career reinventions
May 15, 2018 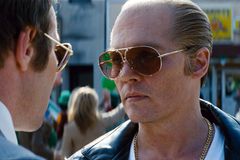 Spotlight and Truth: American indie films break down the news at TIFF
May 15, 2018 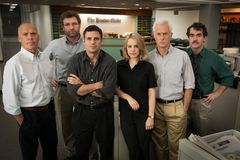 With four films over four nights, Niv Fichman prepares for a TIFF marathon
May 15, 2018 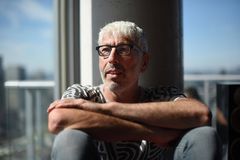