In Lisandro Alonso's astounding Jauja, screening this week at the Toronto International Film Festival, a Danish general stationed in Patagonia in the late 1800s goes looking for his runaway daughter – a journey through a forbidding landscape with a very unexpected final destination. But as enigmatic as the movie's ending is, it can't compare to the strangeness of the film's production history, which began with a Spanish-language blog about soccer maintained by an Argentine poet and an Academy Award-nominated actor.

"I have a good friend in Argentina," says actor Viggo Mortensen, who spent a lot of his childhood in the South American country (he moved back to the United States at age 11). "His name is Fabian Casas, he's a great writer and we have a passion for the same soccer team, San Lorenzo de Almagro. We write a blog together about [the team] and its history, but we also bring in philosophy and poetry, and we talk a lot about old movies. One day Fabian told me about a friend of his who was a filmmaker and wanted to meet me. That was Lisandro Alonso."

For cinephiles, the 39-year-old Alonso is something of a household name; since 2001's acclaimed La Libertad, he's directed a string of spartan, hard-core art films on the margins of the Argentine industry – films that tend to focus on solitary wanderers. The same is true of Jauja; it's as if the director were creating surrogates whose lonely paths mirrored his own.

Critics and festival programmers have long branded Alonso as an auteur, but the seeming popular breakthrough of Jauja – which was a hit at Cannes and picked for next month's New York Film Festival – probably has something to do with the presence of the star of The Lord of the Rings. "If it's true [that the film has gotten more attention], then that's great," Mortensen says. "Nobody deserves it more than Lisandro."

The actor acknowledges that working with a director known for his off-the-grid methods – such as using primarily with non-professional actors – was a bit of an adjustment. "It took a little getting used to," he says. "For one scene I asked Lisandro who was doing the continuity on the set, and he asked me, 'What's that?' The way he works, he's never had to worry about things like that before."

Mortensen wasn't trying to get the director to rein in his idiosyncrasies, however. He signed on for Jauja as an actor (and his friend Casas wrote the screenplay), but he's also one of the movie's producers, and invested some of his own money in the production. "There's also [money] from Argentina in this film, and Denmark and Holland and Mexico and France," he says. "This is Lisandro's most expensive movie but of course it's not an expensive movie at all. It's technically an Argentine movie, but it's not like anybody's going to be sending it to the Oscars."

Jauja is one of two films that Mortensen has at this year's TIFF; the other is a French drama called Far from Men, in which the actor plays a schoolteacher harbouring a fugitive during the Algerian War. "It looks like I'm doing everything I can to avoid being in a big American movie," says the laughing actor, who's become a familiar presence in Toronto in recent years because of his collaborations with David Cronenberg in A History of Violence, Eastern Promises and A Dangerous Method. "I'm not trying to avoid big movies. I'm just doing things I like. There are some actors who will take a big paycheque if the smaller, independent movie they're doing is struggling to find its financing. I'm stubborn about not doing that. It takes me a long time to say yes to something. But once I do, I'm there."

It seems possible that Jauja will be seen by more people around the world than Alonso's other films combined, but rather than take the credit, Mortensen says that he's the one who should be grateful. "I feel lucky to be in the first movie Lisandro has made with actors. I'm part of film history in that sense. I feel as good about that as I do about having made three movies with David Cronenberg." 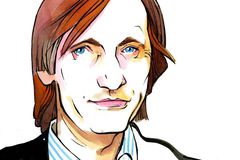 Viggo Mortensen gets all Freudian
April 30, 2018
TIFF preview 2014: The Globe’s Liam Lacey takes on the haters
June 5, 2017
Follow us on Twitter @globearts Opens in a new window
Report an error Editorial code of conduct
Due to technical reasons, we have temporarily removed commenting from our articles. We hope to have this fixed soon. Thank you for your patience. If you are looking to give feedback on our new site, please send it along to feedback@globeandmail.com. If you want to write a letter to the editor, please forward to letters@globeandmail.com.
Comments