Raif Badawi, a 31-year-old jailed Saudi blogger, was originally sentenced to death for writing, among others, the 15 articles that are compiled in this potent, inspiring collection. Most appeared in online publications from 2010-2012, and have been expunged by the Saudi authorities. Badawi was charged with "apostasy," his sentence eventually commuted to a 10-year jail term, a hefty fine and one thousand lashes. In frail health, he received the first round of 50 lashes in January; the Supreme Court of Saudi Arabia recently upheld his sentence and other rounds may follow. His wife and children have found refuge in Quebec, but the Canadian government has yet to unequivocally demand his release.

The kind of conviction required to risk life, livelihood and family for the sake of "free thinking" is so rare that one runs the risk of doing Badawi the disservice of hallowing his thoughts rather than discussing them. That would be a pity: The posts here, varied in tone and matter, are all distinguished by a direct, commonsensical style – free of dogmatism and full of humour – that makes the reader look closely at her own beliefs and assumptions.

Badawi not only says what he thinks, he thinks for himself. In his extraordinary introduction, he describes his anguish in being locked into a small cell with killers, thieves, pedophiles, until he "focused on changing my way of seeing them," concluding that "criminals laugh, too … and are capable of deep, soft human emotions." Initially discouraged by the state of the prison lavatory, he spots a slogan – "Secularism is the Solution!" – scrawled on the excrement-covered walls that fills him with a blissful sense that there was "at least one other person here who understood me."

This desire to connect, this fearless empathy pervades Badawi's texts in myriad forms. Attacking a Saudi government request that female Saudi scholars living in Britain produce proof that a male accompanies them, he discerns that such a request will humiliate them before their universities: "We should hold them in high regard …What a shame!" In a piece titled "No to Building a Mosque in New York City" he says: "We in Saudi Arabia refuse to build churches altogether. What do you think we would do if those who wanted to build such houses of worship were the same people who stormed our lands?"

As a "liberal" who believes that "your freedom ends on the outskirts of the freedom of others," Badawi holds principles that are not new in the Arab world; his editor notes that the author belongs to a tradition including the late-19th- and early-20th-century al-Nahda (Renaissance). Yet they are given new life here within a perspective that is contemporary, cosmopolitan, but not Westernized. However apt the parallel Badawi draws between the Arab Spring and the French Revolution, he is not quoting Voltaire, but Mohammad and the Koran, in laying out his opinions: Arguing for the right to intellectual liberty, he cites the Koranic verse that states, "And say 'The truth is from your Lord, so whoever wills – let him believe; and whoever wills – let him disbelieve.' " Badawi's cultural signposts are Arab, and he provides valuable insight into the universe of Arab resistance, referring to figures such as the legendary Syrian political prisoner Riad al-Turk, tortured regularly for 18 years to emerge unbroken, and the young Saudi poet Hamza Kashgari, jailed for tweeting, exquisitely, about his ambiguous love for the prophet.

The author's striking independence from both the "Islamic example" and Western secularism is nowhere more evident than in his post-Arab Spring elaboration on the Moroccan intellectual Saeed Nasheed's "hopes of forming an Arabian secular example that is brand-new and unlike any Western ideals … a legitimate son coming from within his own nation." The "Islamic example is dead," Badawi says, summing up his meditations on the profound limitations of a religious state. But the West's brand of secularism has "started to derail from the promises of enlightenment towards … conservative goals that are somehow colonizing." Implicit in this is the sense of a shared flawed history and Badawi seems to address humanity when he declares, "we have to start anew."

Too often, Western commentators approach texts by liberal writers elsewhere statically, as though they themselves were standing at some historical finish line. But we ought to take heed when Badawi says: "This Western example is heavy with the delusions of total control over the keys to wealth and the secrets of power … It's threatening its own survival …" By continually putting himself in the place of the other, Badawi shows us that the fight for personal and intellectual freedom is never someone else's job, somewhere else. His exhilarating call to action is a reminder that liberty everywhere is always a work in progress.

Aparna Sanyal is a Canadian writer and editor presently living in India. 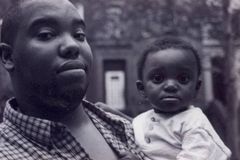 Book Review
Review: Why Dr. Seuss’s What Pet Should I Get? is the most important work of cultural criticism this year
July 28, 2015 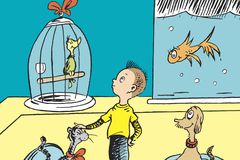