Was it worth the wait? That is likely the most burning question facing readers of George R.R. Martin's mammoth Song of Ice and Fire series regarding its fifth and latest instalment, A Dance with Dragons. This book's release was famously delayed for years, drawing a barrage of reader outrage so intense as to attract comment from the likes of Neil Gaiman, Guy Gavriel Kay and Laura Miller of The New Yorker.

So perhaps it is apropos to state from the outset that in A Dance with Dragons, the gargantuan task of the author becomes more apparent than in any of the prior volumes. The first three books centred on the power struggles of the denizens of Houses Stark and Lannister, a metaphoric parallel to the War of the Roses' protagonists York and Lancaster.

But the story has since expanded so far beyond these original characters as to become a labyrinthine edifice, encompassing myriad characters, cultures, intrigues and mysteries, many set in motion early in the series. Such confounding intricacy probably cannot be rushed, however frustrating the wait for legions of fans craving plot resolution.

And who can blame them? As the story grows in complexity, it becomes more tantalizingly suspenseful. If characters who appear essential can be killed off without warning - a device Martin uses frequently to devastating effect - then truly anything can happen. The suspense is finely honed as a knife's edge, ensuring that readers are always left hungry for more.

Roughly the first half of A Dance with Dragons runs in tandem with the timeline of the previous book, A Feast for Crows, from the points of view of different characters, before progressing past that timeline into uncharted waters. The decision to split one book into two weakened A Feast for Crows, which moved at a snail's pace and introduced a bewildering new cast of characters without addressing questions left open at the end of the third book.

In contrast, A Dance with Dragons has the feel of a tight, self-contained volume, with strong themes emerging even amid the scattered plotlines of some half-dozen characters. It may, in fact, be the first of the books since the original A Game of Thrones to possess any degree of thematic unity beyond the truism that "When you play the game of thrones, you win or you die."

The costs of ethical rule is a theme Dragons explores in depth, on opposite ends of Martin's imagined world. At Castle Black, located in the frigid north and encroached upon by the spectral Others, young Jon Snow has assumed the unlikely role of commander. Across the water, in the tropical and equally perilous Slavers Bay, Danaerys Targaryen has conquered cities, but soon learns that the task of ruling them can be even deadlier. These plotlines, unfolding separately from one another, both examine the nature of leadership after the moment of triumphant conquest has passed. And both plotlines, in Martin's brutal hands, offer exquisite torment to his readers, who have come to expect nothing less.

While the Danaerys plot arc is consistently absorbing, Jon's occasionally falters. A parade of new minor characters arrives at Castle Black, while Jon's most trusted friend and emotional touchstone, Samwell Tarly, departs the scene. Consequently, Jon is trapped in his own head and rarely involved in the sort of meaningful character interactions that might have made his chapters more engaging. But by the end, most readers will have forgotten this deficiency in their efforts to hold on for the ride.

Another theme is marked with a stylistic change: While Martin used to title his chapters after the names of their viewpoint characters, he has since begun to vary these with descriptive titles such as The Wayward Bride and The Ghost of Winterfell. For some of the characters, he uses more than one such title as the book progresses, indicating seismic shifts in that character's self-identity. In a world such as this, where reversals of fortune are constant and violent deaths abound, the mutability of identity emerges as an enduring theme. In such a world, even the most powerful rulers in the land might be reduced to begging - or lose their heads.

A Dance with Dragons is a very different creature from the third book in the series, A Storm of Swords, for many readers its dramatic pinnacle. The ferocious events of A Storm of Swords were the equivalent to the complete overturning of a chess board; the subsequent books involve a reassembling of the chess pieces into elaborate new configurations. But by the end of A Dance with Dragons, breakneck ferocity has returned to the series, and the only words the reader can trust with any certainty are those uttered to a dying man. And, of course, that winter is coming.

For newcomers to the series, the first four books

Book One: A Game of Thrones

The Seven Kingdoms resemble England during the Wars of the Roses, with the Stark and Lannister families standing in for the Yorks and Lancasters in their struggle to control the Iron Throne. A huge, ancient wall marks the northern border, beyond which barbarians, ice vampires, and direwolves menace the south.

Book Two: A Clash of Kings

The Seven Kingdoms have come apart. The sadistic Joffrey ascends the Iron Throne. The Night's Watch, sworn to protect the realm from dangers north of the Wall, dwindles as barbarians gather and legendary beings stalk the Haunted Forest.

Book Three: A Storm of Swords

In the north, Joffrey sits uneasily on the Iron Throne. Meanwhile, in the south, Queen Daenarys tries to assert her claim to the various thrones with an army of eunuchs, but must choose between conquering more and ruling what she has already taken.

Book Four: A Feast for Crows

The War of the Five Kings is coming to an end. King Tommen Baratheon, Joffrey's eight-year-old brother, now rules in King's Landing along with his mother, Cersei Lannister. But she is incapable of wielding the power she has killed so many to acquire and spirals into self-destruction.

Ilana Teitelbaum is a book reviewer with a strong interest in fantasy literature.

J.K. Rowling's sorcerer apprentices: How literary magic is entrancing the masses
September 30, 2011
Game of Thrones: Like The Sopranos, but with dragons
March 30, 2012 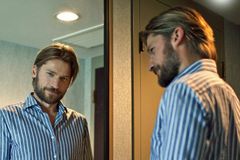 George R.R. Martin: At the top of his Game (of Thrones)
July 11, 2011
Follow us on Twitter @globebooks Opens in a new window
Report an error Editorial code of conduct
Due to technical reasons, we have temporarily removed commenting from our articles. We hope to have this fixed soon. Thank you for your patience. If you are looking to give feedback on our new site, please send it along to feedback@globeandmail.com. If you want to write a letter to the editor, please forward to letters@globeandmail.com.
Comments