George Fetherling is a novelist, poet and memoirist whose books include Walt Whitman's Secret, Jericho, The File on Arthur Moss and Tales of Two Cities. His latest novel, The Carpenter from Montreal, was recently published by Linda Leith Publishing. He lives in Vancouver.

I'm not fond of genre writing but I make an exception for literary noir if it's the genuine article, such as The Maltese Falcon by Dashiell Hammett. You see, the best examples were created by people born between 1890 and 1915, the first generation to come of age with the radio, the automobile, motion pictures, skyscraper vistas and the terror of a world war. In other words, with urban modernism. I wanted to tip my hat to this tradition while also testing its boundaries. The novel has a murder but no detective, and the most important character is a ghost. There's even a little swirl of magic realism in that the reader doesn't know whether the title character, a Québécois crime lord, is real or imaginary.

In my view, the finest maker of English sentences was Sir Edmund Gosse (1849-1928), whose sinecure as librarian of the House of Lords left him ample time to write. I especially admire the musicality of his book about Sir Thomas Browne (1605-82), the most inventive prose writer of the 17th century.

It may be one from the new book: "It was three hours past midnight, three hours past New Year's Eve 1937, and snow was coming down like ashes after a fire." It sets the tone without revealing much of what's to follow.

What's more important: the beginning of a book or the end?

The beginning – and especially the opening sentence, because it tells you much about the author. Richard Nixon's autobiography opens with "I was born in the house my father built." In fact, he was born in a house in Southern California that his father ordered by mail from Sears in the East – a kit – and then hired exploited Mexican labourers to assemble it for him. This first sentence shows Nixon as the very thing his book tries to deny that he was: a liar. Also, one can easily imagine how various writers would have begun other authors' famous openings. If Philip Roth had written Moby-Dick it would have begun: "My parents named me Ishmael but you can call me Ishsy."

Depends where in the world. In London, the London Review Bookshop in Bury Place. Every important new work of literature, history or politic seems to appear there instantly – magically. It's also the site of many important literary events. In New York, the Argosy Book Store, a six-storey antiquarian paradise at 116 East 59th Street, run by two sisters whose family has had the shop since 1925. In Vancouver, MacLeod's Books at 455 West Pender. Mostly used and antiquarian, but with some new ones as well. The inventory is said to be 100,000 volumes in scores of categories. Amazingly, the owner knows where to find each one and, in very many cases, can discuss the contents. I once wrote somewhere that MacLeod's is one of the three pillars of Vancouver culture, along with the Penthouse Night Club and the Sylvia Hotel. 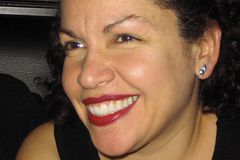 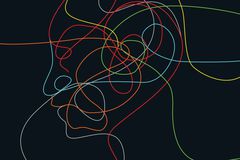 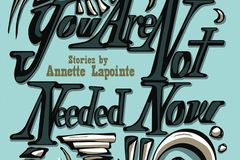