Barrelling along on her bicycle through the leafy, sun-dappled lanes near her home in the English countryside, Flavia de Luce rides out of the pages of Alan Bradley's new mystery and straight into our hearts.

She's got all the attributes that you'd expect to find in a middle-aged amateur sleuth: a solid network of connected villagers who pass on trivial bits of information that turn out to be important, an insatiable curiosity, a determination to see wrongs put right and an unwillingness to stay out of things that are really none of her business.

And in this remarkably self-possessed girl, Alan Bradley has created one of the most endearing protagonists the traditional mystery genre, typified by the works of Agatha Christie, has seen in a very long time.

Flavia's third adventure begins when she inadvertently sets fire to a gypsy fortune teller's tent at the village fete and, soon after, discovers the woman has been severely beaten.

But who better to sum up the plot than Flavia herself? "It was all so confoundedly complicated: the attack upon Fenella, the gruesome death of Brookie Harewood, the sudden appearance and equally sudden disappearance of Porcelain, Harriet's firedogs turning up in not one but three locations, the strange antique shop of the abominable Pettibones, Miss Mountjoy and the Hobblers, Vanetta Harewood's long-lost portrait of Harriet, and underneath it all, like the rumble of a stuck organ pipe, the constant drone of Father's looming bankruptcy.

"It was enough to make an archangel spit."

And through his disparate plot lines, Bradley weaves the shadows of long-ago deeds into present-day crimes.

But, as satisfying as the mystery is, the multiple award-winning Bradley offers more. At this point in his series with the charming and quirky titles ( The Sweetness at the Bottom of the Pie, The Weed that Strings the Hangman's Bag), he allows Flavia to reveal her insecurities and frailties so readers who found her insufferably precocious in the first book, with her vast knowledge of chemistry and just about everything else, may warm to her in this one.

Despite the hard-shell appearance of her disdain for her sisters, she is deeply hurt by their cruel taunts, and as she grieves the aching, unbearable loss of her mother, Harriet, who died when Flavia was a baby, she exposes the depth of a wound that will never heal.

There is almost an allegorical, fairy-tale quality to her life - the mean older sisters, the father trying to raise three demanding, idiosyncratic daughters on his own. The only thing missing is the wicked stepmother.

The book is beautifully written, with fully fleshed characters, even the minor ones such as odd-job man Dogger and Mrs. Mullet, who rules in the kitchen.

The descriptions are vivid and lyrical: "Now, almost two weeks into the harvest, most of the countryside had traded its intense summer green for a paler, grayish shade, as if Mother Nature had nodded off a little, and let the colours leak away."

The title turns out to be a sly play on words. We know the importance of the red herring in a mystery story as a literary device to distract the reader from what's important or to point her in a different direction. But it can also mean an extremely strong-smelling fish, and the heavy odour of fish in this story is a real clue, not a red herring.

With this, his third novel in the Flavia de Luce series, Bradley, a Canadian who now lives in Malta, secures his position as a confident, talented writer and storyteller.

Elizabeth J. Duncan's first novel, The Cold Light of Mourning, was nominated for Agatha and Arthur Ellis awards. She lost both times - to Alan Bradley. 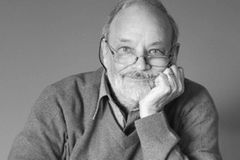