After continuing to think about suicide for many days and nights I decided that hanging was probably the best method. It was summertime in Cantley, and sugar bush season was over. Like many people in rural Quebec, Julie and I had a sugar shack – a little shed where we boiled maple sap – in our backyard. But aside from her throwing an annual spring party in it, I was the only one who ever used it. It was the perfect place. I could lock myself in and ensure that no one would stumble upon my body after I did the deed.

One Saturday afternoon I came up with a plan: I would write an e-mail to the police on my cell phone, giving them my address and the details of where they could find me and send it just before I hanged myself. I went to the garage, got a rope and a ladder, and brought it to the sugar shack. Julie was busy inside the house doing her usual weekend chores. She was accustomed to seeing me busy myself with home projects and wouldn't have thought anything about seeing me carry a rope and ladder.

Once I was in the shack I locked the door, positioned the ladder, and tied the rope to one of the large ceiling beams. I double checked the knots and then came back down to look up the contact information for the local police. Once I found their e-mail address I wrote a polite message saying that I had just committed suicide and I concluded by apologizing for putting them through such a traumatic event. This might sound strange to those who've never had suicidal thoughts, but as I double-checked my preparations a feeling of complete contentedness came over me. I felt relieved that soon I wouldn't have to cope with the thoughts that had plagued me for years – the little girl with her head chopped into pieces, the little boy who'd been shot, the piles of bodies and the confusion that so often accompanied these visions.

Many people misunderstand PTSD. They think that when a trigger occurs the person freaks out and that when there are no triggers the person is fine. My experience was very different. For me, triggers were easy to deal with once I knew how. It was, rather, the exhaustion of trying to pretend I was okay that got to me. I felt an intense weight pushing down on me and I could no longer remember what the point of life was. Unsurprisingly, I was also riddled with guilt over the genocide in Rwanda, and what, if anything, we could've done differently. Words fail me when I try to describe these feelings, but somehow I felt like my reality was not the same as everyone else's. I could try my best to be a good husband, father and friend, but I could never truly enjoy life, even though I knew I should. That feeling became my norm. Most days I held it together because I knew I needed to for Julie and the kids, but over time it became more and more difficult to maintain the façade.

After a final check of my e-mail to the police I was about to proceed when I heard a noise outside – footsteps in the gravel leading to the shack. As the steps got progressively louder I heard Julie calling my name. She sounded nervous. Maybe she was worried because the doors were closed: somehow, she always had a sixth sense for when things weren't right. Sure enough, she peered in through the window, saw the ladder and rope, and panicked.

She started yelling frantically as she cupped her hands over her face and looked inside. I froze as her gaze met mine, like a kid who'd been caught red-handed doing something he wasn't supposed to. Right away my thoughts of suicide were replaced with intense guilt: "What have I done? I just really hurt my wife." Unfortunately, sometimes when you're suicidal one of the last things on your mind is how your actions will impact others. I never even thought about what would happen if she caught me before I went through with it.

I quickly opened the door and tried to comfort Julie, who was trembling. She wasn't sure what to do and she asked if she should call the police or a suicide hotline. I told her everything was fine and then I started to cry. She cried, too, and together we walked up to the house. Once inside I sat on the front hall stairs while she paced back and forth, repeatedly asking what she should do. I tried again to console her by telling her that the thought was gone, but this was a lie: the thought was never entirely gone, it just retreated from time to time to the edge of my consciousness. Despite my profuse apologies, I could still see despair in her face. Although we'd drifted apart we still loved one another and I knew she felt guilty about not supporting me enough, even though she did absolutely everything she could and more. That event had a huge impact on her and I wish I could take it all back. Of course, I can't.

Although I didn't realize how much I'd changed as a result of my time in Rwanda, Julie noticed almost instantly. She saw that I was no longer the gregarious man I once was. My odd and unpredictable behaviour took a heavy toll on Julie's life.

"What happens to the spouse is that you become the protector of the one who's just trying to survive. But at the same time you know their behaviour is coming from a primal place. Their troubles are not shared with their family. So you become their connection to the outside world, their connection to their family, to their children, to their parents, and you start protecting them. You say things to the kids like, 'Now we need to let him be,' or 'We need to respect his time alone.'"

Things got inexorably worse for her.

"Eventually your world gets so small that there are no more outings. Our home life was like living in a cocoon for a long time. You become a caregiver to a young man, because he is a sick person. You care for the children and you care for your sick spouse. I took on all the roles inside the house, because he came up with a thousand projects to stay busy. I also took on more of the psychological aspects of taking care of things. There was a lot of being alone – alone not just because your spouse is often physically gone, but alone because Stéphane retreated completely into himself. You are completely and utterly alone. I still carry that deep loneliness."

Although I will always feel pained by how much my illness and my resulting actions, affected my family, I take some small comfort from hearing Julie put a positive spin on her experiences. "The aim," she says, "is to turn all the resentment and anger and disappointment into something positive, to change those feelings so they don't drag you down for the rest of your life. You can grow from the experience."

From the book After The War: Surviving PTSD and Changing Mental Health Culture by Stéphane Grenier with Adam Montgomery, copyright © 2018. Reprinted by permission of University of Regina Press. 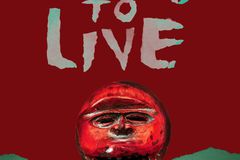 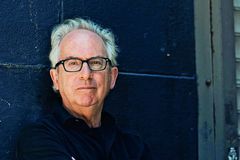