The Woman Who Walked in Sunshine, the 16th installment in Alexander McCall Smith's No. 1 Ladies' Detective Agency series, arrived in bookstores last month. The series has been translated into 45 languages and sold more than 25 million copies around the world. Smith, who was born in Zimbabwe and lives in Scotland, is also the author of the Sunday Philosophy Club and the 44 Scotland Street series of novels, among many, many, many other books.

Why did you write you new book?

I write series of books. As a result I look forward each year to revisiting the settings and characters of my various series. The decision, then, to write a new book is taken from me – and is effectively made by the characters with whom I have a rather long relationship. Of course I do write self-standing novels, too, and these tend to be inspired by a single idea – something I have seen, some place I have visited, some remark or proposition.

What is the best advice you've ever received?

Over the years like everybody else I've had advice from others on all sorts of topics – on how to live my life, on how to avoid food poisoning while travelling, on where to buy socks, and so on. I was once told by a friend that it is generally best in this life to be kind. "Just be kind," he said. That sounds like very simple advice, but it is absolutely spot-on. And that friend, by the way, was – and is – very kind. So he practised what he preached. In the writing context, I remember being told by a friend of what he had learned at the feet of his ancient English teacher, one Mr. Robinson. "Never use two words where one will do," Mr Robinson said. That is very sound advice – or, shall I say, sound advice.

I gave always liked the Benson Mapp and Lucia books. I would have liked to have created Lucia – a wonderful, scheming woman, the grande dame of a village. Lucia is superbly pretentious. She pretends to speak Italian, of which she really has a very sketchy knowledge. In all the books in which she appears we wait for her to be found out, but she always gets away with it – just. I also think that Patricia Highsmith's Ripley was a very fine creation. He gets away with it too. Patricia Highsmith had a superb understanding of sociopathy, and this emerges in the Ripley novels.

I am a great admirer of the works of Patrick Leigh Fermor. He used the English language in a way that few other 20th-century writers have done – it is rich, elegant prose that is immensely descriptive. It shows the influence of a classical education. Writers who have learned a lot of Latin tend to know all about the construction of beautiful sentences.

I have been fortunate in not having had particularly dark periods in my life, but we all have spells where we feel low, where we feel a little bit defeated, or where things do not go quite as planned. When I feel low I turn to one of my favourite books, W.H. Auden's Collected Shorter Poems. Auden's voice is wise and humane, and I am always comforted by it. If I feel low, I will turn to his poem Streams, and come away refreshed. His poem In Memory of Sigmund Freud has the same effect on me. It explains so much, puts so much into perspective.

Why author Alexander McCall Smith is ‘in a constant state of shock’
February 27, 2014 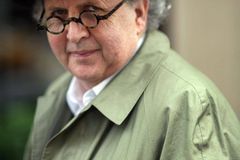 The Dog Who Came in from the Cold, by Alexander McCall Smith
July 26, 2011 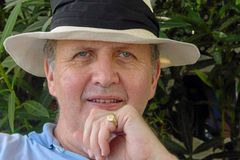