A great deal of talk since Alice Munro's Nobel win has centred on her being a Canadian, but she represents something else that's just as weird and important: the short story. This is a win for short stories themselves – small, personal-scale short stories at that, not the kind of political literature the world at large tends to think of as important.

There is a great irony in short stories reaching the podium now, at a time when they seem to be at their nadir of popularity. Every publisher will tell you: They don't sell. Most of the major publishers have an unofficial no-short-stories policy (unless, of course, you're Alice Munro). Magazines, their natural home, rarely publish them any more. Even the online world – where one might expect them to flourish – is more interested in polemic than art.

This is counterintuitive. One would think, in an age of short attention spans, short communications and short entertainments, self-contained narratives of 10 pages would be attractive. Everyone complains about a lack of time – and in fact at dinner parties you are always hearing people who don't read proclaim that they should probably try short stories; they would be perfect, you could read one on the train to work every day! But they never do.

Here's why: The contemporary short story is too damn artsy for mass popularity. It is a form closer to poetry than to novels. It tends toward small canvasses: personal stories with small casts of characters; it does not have the space to describe complex economic systems (like the realist or speculative novel). And, increasingly, it resists satisfying endings.

Once, the short story was a vehicle for conventional drama, and it ended with a plot twist (as in Poe, Maupassant and O. Henry). Then it turned to moments of life-changing realization (known forever to first-year English students as epiphanies) for its conclusions (as in Hemingway and Joyce). There is nothing about its word length that prevents it from having those aims today; it is only fashion that has changed. The stories that get into The New Yorker now tend to end on bleak or poignant moments, not on surprises or life-changing realizations. They often seem like snippets.

These fragment stories – concatenations of scenes, usually – are satisfied with suggesting a change, however subtle, in a character's understandings, or providing a reader with a new perspective on a character's predicament. They leave you with a tingle of recognition and a mood that's entirely dependent on the poetry of the language in the last few lines. They can be heart-stopping.

Munro herself is incredibly subtle. Her simple and direct sentences convey troubling information indirectly, obliquely. They describe, rarely explain. The stories contain secrets, and so do the perspectives of her narrators and protagonists; the secrets – often quite murderous – take some time to be perceived.

They are small in scale, too: They do not concern global geopolitics or new technology. They are set in very – you might say extremely – unglamorous locales. Indeed, they have been criticized for this, for the oppressiveness of their relentlessly impoverished farm kitchens, the inescapability of their town gossip. Their characters' lives have been called grubby and squalid. An endless diet of Munro can quickly morph into a claustrophobic landscape. Furthermore, her male characters are so unmitigatedly callous that some critics have called them unrealistic.

I once watched a prominent journalist trying to come to terms with Munro's stories on a TV book panel (back in the days when there were TV book panels). She didn't get Munro, the reporter said: She never had enough information about who these people were or what they were doing. You could tell it struck her as frustrating and weird, this lack of explanation. This is probably a common response to all contemporary short stories from people used to text as information.

There is another problem with stories, especially when they are collected into books. Beginning a story, as a reader, is always difficult. One must adjust to the voice and the landscape as if one were learning to breathe a different kind of air. It takes work to sort out where you are – a little coughing and spluttering before one adapts. With a novel, that confusing teleporting process has to happen only once, and then momentum takes over. With stories, after each ending, there is another daunting beginning, with its mysterious setting, its locked doors. You must pass through that gasping airlock over and over again. It's too much work for most people. In other words, short fiction requires a longer attention span, not a shorter one.

The Nobel Prize for literature is known for refusing to bow to the most popular genres or national literatures. It appears to have something of a bias against Americans, even though their novels, like their movies, are influential in every country. It doesn't necessarily go to writers who are globally known. In venerating short stories, it is doing what it did with Italian performance art and French-Mauritian essays and Swedish poetry; it is taking a stance, defiantly promoting the obscure, the regional and the specialized. Let's hope this honour, and its attendant celebrity-worship, will bring a vast new audience not just to a Canadian writer but also to an intricate, puzzling and hugely rewarding art form. 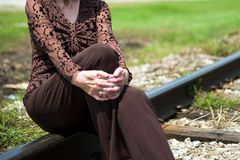 How Alice Munro earned her Nobel telling the stories of Canadians
October 10, 2013 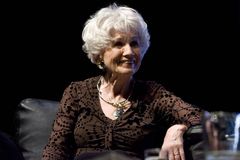 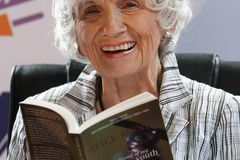 Why we don’t want artists like Alice Munro to retire
July 4, 2013 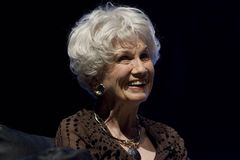