In March, 1977, a pair of debut novelists split a brand-new literary prize, the Books in Canada First Novel Award. Sharing $1,000 were Ian McLachlan for The Seventh Hexagram, long out-of-print, who went on to publish several more novels, plays, and books of non-fiction and is currently professor emeritus at Trent University in Peterborough, and Michael Ondaatje for Coming Through Slaughter, a fictionalized life of the jazz great Buddy Bolden. Ondaatje went on to enjoy one of the most successful careers of any Canadian author of the latter half of the 20th century, collecting major literary awards ranging from from the Booker to the Giller.

On Thursday, Alix Hawley was named the latest winner of the Amazon.ca First Novel Award, as the prize is now known, for her novel All True Not A Lie In It. The 39-year-old resident of Kelowna, B.C. joins an impressive list of authors whose careers have been launched, in part, by the prize: Joy Kogawa, W.P. Kinsella, Wayne Johnston, Nino Ricci, Rohinton Mistry, Anne Michaels, Joseph Boyden, Eleanor Catton. (An earlier, similar prize for a Canadian debut novel – the Beta Sigma Phi Award – was awarded between 1956 and 1967 and featured a similarly impressive list of recipients, including Brian Moore, Sheila Watson, and Margaret Laurence.)

In addition to Hawley's novel, a reimagining of the life of American folk hero Daniel Boone, this year's shortlist featured 33-year-old Sean Michaels' Giller Prize-winning debut, Us Conductors, a fictionalized account of the Russian inventor Lev Termen; 34-year-old Emma Hooper's Etta and Otto and Russell and James, in which an elderly woman walks across Canada in order to see the Atlantic Ocean; 31-year-old Guillaume Morissette's New Tab, a year in the life of a young Montreal video game designer; and Chelsea Rooney's Pedal, in which a graduate student and a pedophile embark on a bike trip across Canada. ("Pedal is a difficult book," admits Rooney, 31. "After I do a reading, I often feel like I should go up to everyone and apologize to them for having written it.")

This year's shortlist was perhaps the most interesting of any of the country's major literary prizes over the last 12 months. All of the finalists are in their 30s. The novels differ in scope and genre, in style and substance. The shortlist, says Hawley, is evidence of "a belligerence" among younger writers in Canada, "that sense of 'I'm going to do what I'm going to do, and if people want to read it, great, and if they don't like it, well, too bad.' I love that spirit in the younger writers I know."

The shortlist was chosen by Nick Mount, fiction editor at The Walrus and a professor of English at the University of Toronto, who considered 63 titles before settling on a shortlist of five; novelists Helen Humphreys and Richard Wagamese joined him to decide on a winner. Hawley receives $7,500 for winning the prize, while the finalists each take home $1,000.

The prize has grown in size and stature since 1977; reporting on the first ceremony, the late Toronto Star books editor Ken Adachi was amazed by the fact that 40 books vied for the prize, "an astonishing number when one considers that as recently as 10 years ago, merely four or five first novels were being published annually by Canadian writers," he wrote.

Yet, the number of debut authors published in Canada, aided by programs such as Knopf's New Face of Fiction, which spotlights a handful of emerging writers each year (Hawley was one of their 2015 debuts), means it's as difficult as ever to garner attention for their work "It feels strange that there's a prize with a big gala at the Four Seasons hotel when so few first novels get any [attention]," says Michaels. "It feels a little bit like having a giant award ceremony in Toronto, for, I don't know, Mongolian blues music or something."

The award – along with the just-established Kobo Emerging Writer Prize, which announced their first-ever slate of finalists earlier this week – strives to increase the attention afforded debut novels, something aided by its association with Amazon.ca, which has sponsored the award since 1999 and features the finalists prominently on its website. Morissette, whose novel is published by the small Montreal publisher Véhicule Press, says "that real estate is better publicity for me than if you put my face on the side of a bus."

In the case of Hawley, there's no guarantee winning will lead to success – the second-ever winner, Oonah McFee, never published another book – but this an award that is about potential, as much about the future as the present.

"A first novel contest is different from something like the Giller," says Mount. "Here, it's less about accomplishment and more about promise and excitement. You're doing your best as a judge to say, 'There's something here I haven't seen before, this is exciting, this person's going to be meaningful.'"

Book Review
In All True Not a Lie In it, Daniel Boone’s adventures are revisited in a new way
March 6, 2015 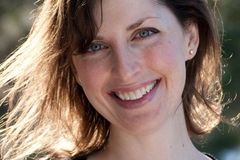