Unless you're a member of the jury, or an unusually determined reader, the odds are that you haven't had time to read all five books nominated for this year's Scotiabank Giller Prize, the winner of which will be announced on Tuesday. Don't worry, we have you covered. Here's Globe and Mail books editor Mark Medley with a breakdown of the finalists.

THE AUTHOR: André Alexis, 58, who was born in Trinidad, raised in Ottawa, and currently lives in Toronto, is the author of several books for adults and young readers including Pastoral, which was a finalist for last year's Rogers Writers' Trust Fiction Prize, Ingrid and The Wolf, Asylum, and Childhood, which was co-winner of the Trillium Book Award and a finalist for the Giller Prize in 1998.

THE BOOK: The winner of this year's Rogers Writers' Trust Fiction Prize, Fifteen Dogs concerns a pack of canines who are sprung from a Toronto veterinary clinic and granted human consciousness by a pair of Greek gods in order to determine whether, if gifted with language and intelligence, they'll lead happier lives.

ACCORDING TO THE GLOBE: "Over the course of this novel, slim yet epic in scope, Alexis chronicles the fates of these strangely afflicted beasts, shifting from thought experiment to comic parable to something more delicate, laden with detail, discovery and emotional nuance," José Teodoro wrote in his review of the novel.

SAYS THE JURY: "What does it mean to be alive? To think, to feel, to love and to envy? André Alexis explores all of this and more in the extraordinary Fifteen Dogs, an insightful and philosophical meditation on the nature of consciousness. It's a novel filled with balancing acts: humour juxtaposed with savagery, solitude with the desperate need to be part of a pack, perceptive prose interspersed with playful poetry. A wonderful and original piece of writing that challenges the reader to examine their own existence and recall the age-old question, what's the meaning of life?"

THE AUTHORS: Samuel Archibald, 37, who teaches contemporary popular culture at the University of Quebec in Montreal, is a past winner of the Quebec Prix Des Libraries and the Prix Coup de Coeur Renaud-Bray. Donald Winkler, 75, is a Montreal-based translator and filmmaker and a three-time winner of the Governor General's Literary Award for French-to-English translation.

THE BOOK: Arvida is a collection of haunting short stories that are mainly set in and near the titular town, in Quebec's Saguenay region, where Archibald was born and raised.

ACCORDING TO THE GLOBE: "The residual pain of the unachieved colours the book, whether the story is about two friends driving the Cabot Trail in search of something ineffable, or a failed human-smuggling caper down to the States," wrote Globe Books columnist Pasha Malla. "In Winkler's translation, Arvida's sentences are conversational, lending the collection the tenor of local lore, though they do turn occasionally inward or explode with poetic flourishes."

SAYS THE JURY: "Samuel Archibald's stories come from over there: way, way over there. They live in the woods, hunting for creatures that may or may not exist, and they sometimes go surging down the highway at reckless speeds. At other times, they freeze, paralyzed by the strange sounds that should not be coming from empty rooms in very old houses. This writing – so wise and funny and impeccably crafted – is the best kind of gossip: it tells us everything we need to know, the real dirt, about this place and about all the people, the true 'characters' we meet wandering up and down the cryptic streets of a real but mythic Arvida. There is a lot of whispering going on in this town, a lot of information that strains credulity, a lot of laughter, a lot of suspense, a bit of fear. Arvida is just like life: a tender, sometimes terrifying, mystery unfolding before our eyes."

THE AUTHOR: Rachel Cusk, 48, is a Toronto-born, London-based author of seven previous novels and three works of non-fiction including Saving Agnes, which won the Whitbread First Novel Award, and Arlington Park, which was shortlisted for the Orange Prize.

THE BOOK: Structured as a series of 10 conversations with both friends and strangers, Outline focuses on a middle-aged author visiting Athens to teach a creative writing workshop.

ACCORDING TO THE GLOBE: "With Outline," wrote Globe Books columnist Stacey May Fowles, "Cusk readily proves she has mastered that old writing trope that specificity breeds universality, her style moving precisely because it refuses to push a reader in any particular emotional direction. The book successfully conveys all of her admirable honesty in the safe harbour of fiction, and somehow delivers more human truths than most memoirs ever could."

SAYS THE JURY: "Compulsively readable and dazzlingly intelligent, Rachel Cusk's Outline follows a writer's journey to Athens to teach a summer writing course. Along the way she encounters a cast of characters who share with her the outlines of their own life stories. The result is a novel of breathtaking skill and originality. Perfectly paced, without a word out of place, Outline reminds us of the truly formidable power that good literature has to change our hearts and our minds."

THE AUTHOR: Montreal's Heather O'Neill, 42, has published two previous books: 2006's Lullabies for Little Criminals, which was a finalist for the Governor General's Literary Award for Fiction and the Orange Prize and which won Canada Reads the following year, and 2014's The Girl Who Was Saturday Night, which was also a finalist for the Giller Prize, making her the first author to be nominated for the prize in back-to-back years.

THE BOOK: Daydreams of Angels, a collection of 20 stories ranging from the inner lives of neglected dolls to the tale of a Russian scientist on a quest to clone the ballet dancer Rudolf Nureyev.

ACCORDING TO THE GLOBE: "The best of these stories – like the best fairy tales – are the ones that manage to marry their fantastical elements with a subtle inquiry into the nature of human existence and identity," Steven W. Beattie wrote in his review, describing them as "strange, unconventional tales that nevertheless have something profound to say about the human condition at their core."

SAYS THE JURY: "This is a work of acute charm and radically deft imagination. Whether probing the behaviour of clones for some sign of a relationship between genes and genius, eavesdropping on the anecdotes of abandoned dolls, or detailing the particulars of A Portrait Of The Marquis de Sade As A Young Girl, O'Neill's stories continually spar with that which so often defines our lives or limits our daring – the problem of pain. Here are characters born of a distinctive sensibility and sent forth to chart the strange and volatile terrain where grace is found, lost, and found again. There's no thrill quite like encountering tales this tall, and few tall tales offer up their gifts this freely."

THE AUTHOR: U.K.-born, Vancouver-based Anakana Schofield, 44, is the author of a previous novel, Malarky, which won the 2012 Amazon.ca First Novel Award.

THE BOOK: Martin John, an avant-garde portrait of a mentally unstable man who has the nasty habit of exposing himself in public.

ACCORDING TO THE GLOBE: "It is a testament to the novelist's skill that such a hard read is not necessarily difficult," wrote David B. Hobbs. "While Schofield has digested all of postmodernism's tics and tricks, her writing is fundamentally empathetic, and the various interventions feel like necessary attempts to render the unspeakable, rather than as flashy mystifications of a straightforward narrative. In its social critique, Martin John has much in common with the brilliant journalism of Ann Brocklehurst and Ed Tubb, but as an avant-garde Canadian novelist, Schofield is in a class unto herself.

SAYS THE JURY: "Stylish and provocative, Martin John comes at you as soft and lyrical as a folk song. But like the tune that refuses to stop repeating itself, it is hauntingly about all those memories of suspect desires and guilty pleasures, of knowing right from wrong, of wanting to do what even your mamma would want you to do but maybe you just can't. As readers, we find Martin John a tantalizing reflection on living the contradictions in every identity and of definitively knowing what is real. At its heart, this is a bittersweet story of personal confrontations such as asking do I always want what others – even my mother – want for me." 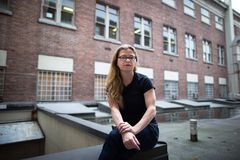 How a Giller Prize critic got invited to the party
November 6, 2015 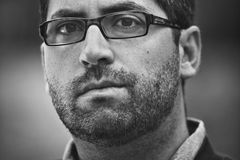 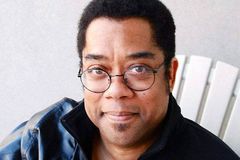 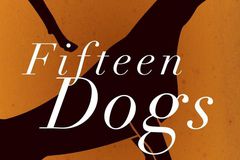 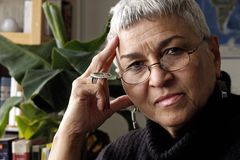