Irshad Manji has rankled Muslims since The Trouble with Islam. Published in 2004, early in the post-9/11 era, her book was a sexy shtick: Islam needs reform, not Muslims. Manji was quickly accorded, and later claimed, the laurels of "Muslim Reformer," though close scrutiny fails to reveal any trace of such "reforms." Allah, Liberty & Love only confirms this view.

Manji can don the mantle of reformer precisely because Muslims are beset by faith illiteracy, enabling the spread of frankly un-Islamic values. Meanwhile, non-Muslims remain perpetually naive about authentic Islamic philosophy as they look toward unschooled, faith-illiterate diaspora Muslims for interpretations of Islam. This bilateral ignorance works very much to the advantage of both contemporary radical Islamists and savage Islamophobes.

Manji's poised banter, however, can do as much damage as the ravings of a bearded fanatic, even while they speak to completely opposite values. That's because she inexplicably lambastes "moderate" Muslims, condemning them just as vehemently as a neo-orthodox cleric (a Diaspora Muslim who hides between ritualistic Islam for purposes of political identity) might do.

The liberal Muslim reformer and neo-orthodox cleric share one critical, empowering thing: a malleable audience. Without context, or engagement with either Islam or the Muslim world in their highly complex, furious heterogeneity, it's just as easy to influence the insular naivety of a Western audience as it is to influence blank-slated minds bobbing back and forth in a madrassa, be it in Manchester or Mecca. Manji succeeds precisely because of such naiveté.

Allah, Liberty & Love is disheartening. Its scholarship is cut-and-paste. Throughout, Manji leans heavily on e-mail and Facebook correspondence with her followers, reproducing dozens of such interchanges (self-congratulatory ripostes intact) to stultifying effect. A cacophony of repetitive electronic dialogues (reproduced verbatim in the vernacular SMS text that increasingly passes for English) reveal an animated but uninformed following of Muslims who seek answers from Manji, yet lack access to serious scholars. This is little more satisfying than stumbling over a Facebook forum.

Casual references to the Council of American Islamic Relations (CAIR) and the Islamic Society of North America (ISNA) also give one serious pause. CAIR is the Saudi-funded Islamist pit bull which patently declares its intent to make Islam politically "dominant" within the United States. Bizarrely, Manji refers to CAIR as "mainstream" when its less-than-stealth tactics are overt. Elsewhere, she cites former ISNA president Ingrid Mattson as an "Islamic scholar" without broaching the organization's troubling complexities. The Islamic Society of North America has admitted to its own links to Hamas and the Muslim Brotherhood. The lack of appropriate caveats to, or acknowledgment of, these concerns is an astonishing oversight for a purported expert on liberating the diversity among Muslim voices.

Manji's gravest offence, however, is her sweeping refutation of moderate Muslims. She argues that the moderate Muslim is an obstacle apologizing for extremism rather than an enormous force offering insights into Islam and its imposter, Islamism. Examples are Americans Zudhi Jasser, founder of the American Islamic Forum for Democracy; Stephen Schwartz. a Sufi and founder of the Center of Islamic Pluralism, a think tank; and in Canada, Tarek Fatah, founder of the Muslim Canadian Congress.

One danger in debating these issues is getting caught up in semantics: "Orthodox," "Neo-orthodox," "Puritan," "Liberal," "Reform" - these labels only confuse. In the chapter In Times of Moral Crisis, Moderation is a Cop-Out, Manji displays this tendency to her own detriment. She makes a staggering assertion. Speculating as to why moderate Muslims "so often obstruct liberal democratic values," she posits "if most Muslims are moderate, then moderation is mainstream and if mainstream is orthodox, then a moderate Muslim is an orthodox one."

Manji expounds on Indonesia's "meaningful moderation in Islam." But even a smattering of amateur interest would have saved her from such a gaffe, particularly given the past decade, which has raised serious questions of Indonesia's fading reputation for secular pluralism.

At 240 million, Indonesia is the most populous Muslim nation; 86 per cent of the population identifies as Sunni Muslims who bear passive witness to rising religious persecution, intolerance and assault on Indonesia's tiny, disenfranchised minorities, including Muslim minorities. Much of this shift is driven by the implementation of Indonesia's blasphemy law, combined with legislation that recognizes only six designated faiths and does not allow abstention from a declared faith or a choice of atheism. To hold Indonesia up as a dream for moderate Islam is to fail to see a fast-moving and momentous shift toward extremism, intolerance and monolithic puritanism.

As currents of Indonesian intolerance swell, attacks on heterodox communities of all allegiances rise. Vigilantism is becoming widespread under the eye of a tacitly approving police force, and extralegal attacks on churches and other places of worship are commonplace. Indonesia is poised to become a harbinger of state-legislated persecution, precursor to the explicit human-rights violations we see in Pakistan. Manji fails to identify either situation.

Yet even her inappropriate crown of reformer isn't central to my disappointment. What distresses me most is that to a naive, uninformed North American audience (likely predominantly non-Muslim), Manji's authority is uncontested. For unsophisticated consumers, her work - largely opinion and often, even then, that of other people - will appeal. In contrast, intellectuals, counterterrorism experts and faith-literate Muslims will find her efforts transparent.

While Manji's intentions are certainly positive and Islam prizes sincere intent above outcome, ultimately Allah, Love & Liberty fails both her readership and the voiceless Muslims for whom she has been self-seduced to speak

Clearly, Irshad Manji's voice resonates with many young Muslims all over the world, Muslims she seeks to influence positively. But that voice comes with both the laurels of credit and the mantle of responsibility. While Allah, Liberty & Love is a lost opportunity to clarify the labyrinthine issues of Islam, Muslims and Islamism, her dismissal of the moderate Muslim may be just the impetus needed to broaden this complex debate.

Qanta Ahmed is a professor of medicine at the State University of New York, Stony Brook, She is the author of In the Land of Invisible Women, about her experience as doctor in Saudi Arabia, and a regular contributor to the Huffington Post, where she blogs on matters of religion. 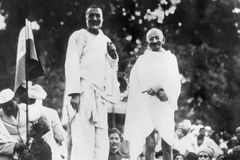