Ann MacMillan comes from a family of writers but never published a book herself until now. The former London correspondent for the CBC co-authored War Stories: Gripping Tales of Courage, Cunning and Compassion with her husband, Peter Snow, author and former BBC broadcaster. Their book tells the stories of 34 people caught in wars spanning from the 18th century to the present-day conflict in Syria.

I usually have my most brilliant thoughts in the middle of the night. I think I have found the perfect phrase that will make a particularly challenging passage sing. The trouble is that when I wake up in the morning I can't remember a single word.

Why did you write your book?

When my husband's publisher asked for a new book about Peter's 20 favourite battles, I suggested that he should tell the story of the people who fought. We both covered conflicts during our careers and what really stood out was talking to people on the ground who gave us eyewitness accounts of what was going on. They were far more revealing than official military briefings. Peter's publisher liked the idea of personal stories and, much to my delight, asked me to co-author the book.

Where did you write the book?

At home in Barnes, a neighbourhood in southwest London. It's quiet, leafy and has lots of coffee shops, which proved a blessing when I wanted to escape from my husband after working on our book all day.

When I first started as a news reporter at Global Television in 1973, I was told to "write as you talk – be conversational." I followed that advice throughout my career whether writing short reports for the news or longer documentaries for the late, lamented The Journal on CBC. I was also advised not to sit agonizing over what to say – just start writing and even if the first draft is not perfect, you can always go back and rewrite.

If you could put this book in anyone's hands, who would you have read it?

I would love to have had my mother read this book. She was an avid reader – and an excellent critic. She read all of my sister Margaret's books before they were published and even though she thought Margaret was brilliant, she was unrelentingly tough if she thought her writing needed polishing. Mum died, age 94, before we started this book but while I was working on War Stories I could almost hear her voice saying, "You're spending far too much time on her childhood. I want to hear about what Ursula Graham Bower did as a guerrilla fighting in India."

How does it feel to have this book out in the world?

I still do a double take every time I see Ann MacMillan on the cover of War Stories. I come from a family full of authors. I always pretended I had no intention of becoming an author – mainly because I was convinced I couldn't compete with the rest of the gang – but it is secretly something that I always wanted to do. It's a dream come true. 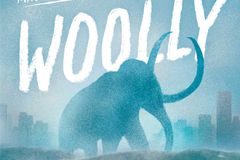 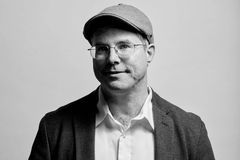 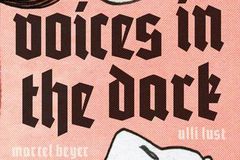