With Barkskins, Annie Proulx has written an epic – and a lament for humanity’s inability to stop its own destruction 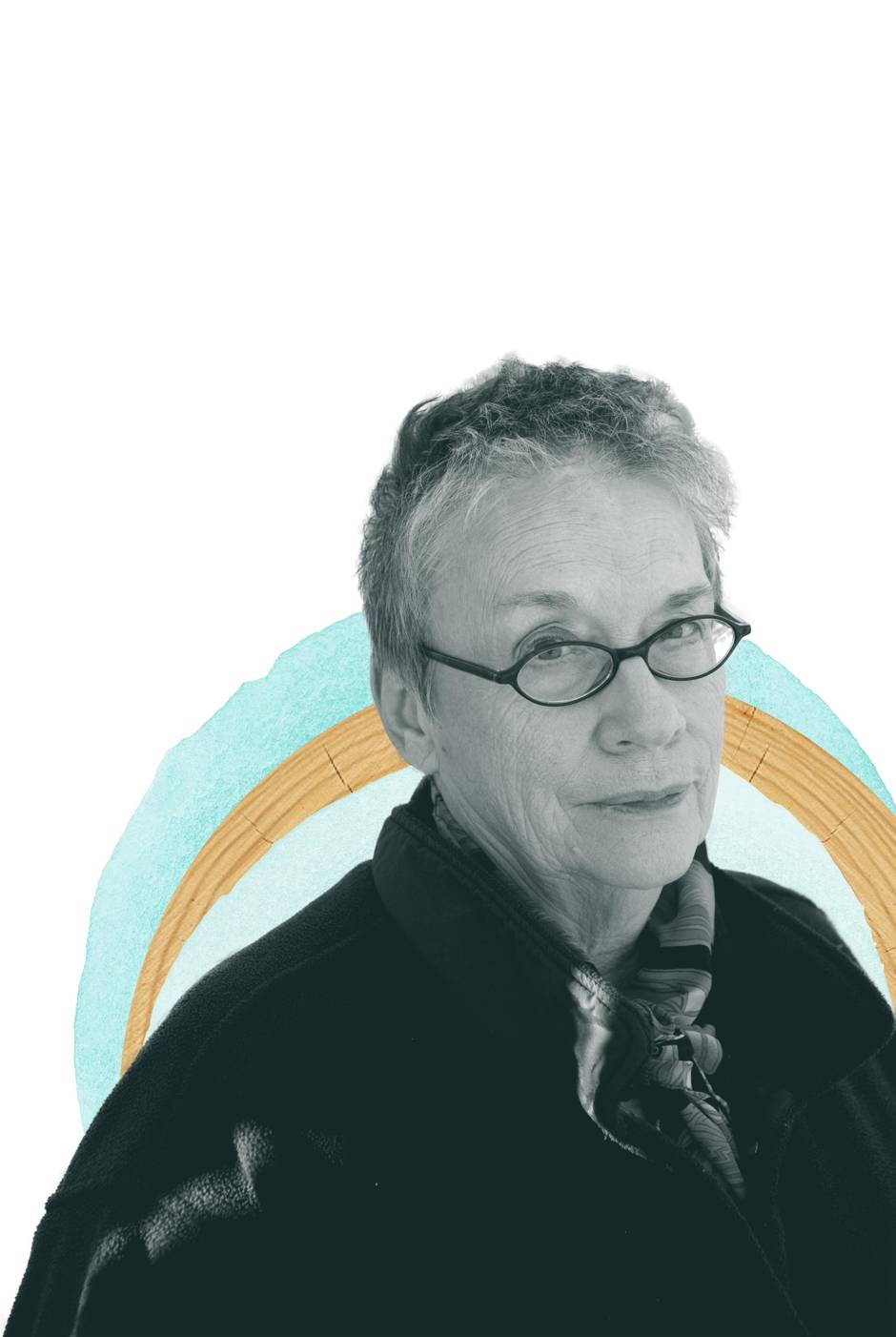 Like the enormous white pines whose deforestation serves as the subject of her magisterial new novel, Barkskins, Annie Proulx is something of a giant in her field: a winner of countless prizes, among them the Pulitzer and the National Book Award, and the author of many novels – including Accordion Crimes, The Shipping News and That Old Ace in the Hole – and many indelible short stories, among them one called Brokeback Mountain, which inspired an Oscar-winning film and, more recently, an opera, for which Proulx wrote the libretto. She is, in other words, a titan, one of the great living English-language writers. Her latest novel is an enormous book that spans more than 300 years and documents the stories of two families, largely set in Canada and the United States. It is perhaps the most ambitious work of her remarkable career. The Globe and Mail’s Jared Bland spoke with Proulx this month on stage in Toronto.

How did this book begin for you? I understand you were in Michigan years ago?

That was a long time ago. Maybe 30 years ago. I used to drive across the country, across the continent, up and down, cross ways, every way. By myself, for a long time. Seeing what I could see. I was in Michigan’s Upper Peninsula and came one afternoon to a crossroad or a T – I don’t remember which. It was just scrubby bushes and a laundromat that looked like no one had visited it for a while. And a little sign that said, “This is the town of Alma.” And a big sign, a billboard, very weathered. Someone had painted it to say something like, “In this place in eighteen something something grew the finest white pine forest in the world.” And I looked around and there wasn’t a single white pine anywhere. Not one. Not even a six-inch white pine. Just birch and other scrubby-looking trees. Bushes. So that stuck in my mind.

I hung around in that area for a couple of days, went hiking, dragging up muddy back roads. And I came to a place where there was an extremely steep hill with a brook running down at the bottom. And at the top of that hill were eight, 10, 30 white pines. Obviously they’d never been cut because they were in an extremely awkward place – no way to get them out. I also found several headstones made of pine not far away. Just four or five of them, standing all by themselves. If there had ever been inscriptions or writing on them, it was no longer visible. They were just as anonymous as anonymous could be. But they were there, and there were bones underneath them, I’m sure. I did not dig to find out.

That stuck in my mind. And it stayed there without taking any shape as a book or a story or anything I might do – it just stayed there loose, bumping around. What really made me start getting serious about the story was when the lodgepole pine forests where I lived, in the Rockies, began to die, about 15 years ago. They were all the same tree – there was absolutely nothing growing there but lodgepole pine. They were all mature and they were all dying. Nobody was particularly interested. People just feared fire, and outsiders weren’t interested. The rest of the world was completely unconcerned with what happened with lodgepole pines, but I was concerned. I began to think seriously about climate change and global warming and all of those things that were words that had been floating around. After a while I started to get serious about finding out, and that was how the book started.

It’s also a trip into your own family history. I understand that your ancestor, one Jean Prou, came to a similar place to those your characters arrive at in the beginning of this book, working while indentured in New France in the 17th century.

Yes, he was indentured to a seigneur, around Montmagny. Probably still have lots of relatives there. He didn’t have very good luck with his life. He changed masters – he traded in his indenture, which I didn’t know you could do. He became indentured to someone else and married that man’s 14-year-old daughter. Had many children with her, and then, suddenly, there’s a blank in the record for about 20 years. It’s supposed that he might have gone off and been involved with the fur trade in some way. He got here in about 1666. Died in 1703. But he disappeared for 20 years, came back, owed a lot of money to somebody, couldn’t pay it, died, left a big debt, wife had to sell the farm. And that was all I know.

The reviews for this book have been glowing – lots of “great American novel” type of talk. But we here view it quite differently, because half of it is set in Canada …

Tell me about your research for this book, your trips to Quebec, Nova Scotia, New Brunswick.

I didn’t have to go back.

I’d been to New Brunswick, Nova Scotia and of course Newfoundland many many times. I remembered it pretty well. The first time I was in New Brunswick, probably on the same trip when I saw the sign in Michigan, I was coming from the west and came upon another sign in New Brunswick that said, “Welcome to the Emerald Kingdom.” There were plenty of very green, small trees growing there. It was a planted area. I was very pleased. I saw good signs on that trip. Those are the kinds of things that stick in my mind.

You also set part of the book in China. One character who goes there early in the book doesn’t see huge trees but instead these beautiful small gardens that he feels contain what he calls the essence of forest and mountain in miniature.

I must confess that Chinese gardens are one of my loves. I am very, very attracted to them. When I was in graduate school, one of my minors was traditional China, so I’m interested in the Chinese and interested in the gardens – and also the Dutch, I like the Dutch. It was a fun book for me to work on because all of the things that I like secretly, that I never could write about before, somehow found their way in there, including Chinese gardens.

And a lot of 18th-century fashion.

Yes, that was one of the evil writer tricks that I use to establish a period. To show the passage of time over 300 years, rather than saying, “And so 11 years passed …” and so forth, it seemed sensible to do it with changing fashions, changing foods, mores and so forth. So there’s a lot of social history threaded through the entire thing.

I was talking to a colleague about the book and I said that it was almost a cosmic novel, because it does this incredible thing: It looks at this paradox where we are all in this continuum of history, our lives connected to each other’s, and yet, as you remind us many dozens of times throughout the book, we’re ultimately quite insignificant and will meet some merciless end.

I want to say a word or two about the deaths. A lot of the American reviewers have picked up on them as though they were put in there to startle, amaze and shock – as titillating bits. And that’s not why they were there. They were put in to illustrate the lack of safety of work that was done in the past. Almost all of the deaths are work-related. It was a different world, and once again it’s to show the passage of time in a more subtle way. People die because they do dangerous things. They’re not there as nougats in the dessert.

Throughout the book, people keep making the same mistake – thinking the forest is inexhaustible. “It is infinite,” one character says, “it twists around as a snake swallows its own tail and has no end and no beginning.” And this is the mistake that dozens and dozens of people make, assuming this endlessness …

That it can last forever. But all of the characters – you know, we can’t blame them for taking down the forests. They had no way of looking into the future and knowing the forests would disappear. They believed in infinity for forests and trees – they regrew, they were there, they were huge. But along about the middle of the 19th century, people began to think and observe. A man named Marsh in Vermont wrote a book about the human effect on the natural world. And at that point, we knew. We knew what we were doing. And it didn’t make any difference.

It’s impossible to imagine a world, humans being who they are, where this wouldn’t have happened.

I know. There’s a horrible sense of inevitability about it, and that rolls through the whole thing – and through my thinking. I don’t know about you, but that sense of “Can we stop?” Maybe not.

Not so much it’s too late, but more: Even if everyone knew it was too late, we’d still keep on. There seems to be something in the human psyche that is unable to stop and step back and repair and fix things. It’s not willing to. It’s like we can’t shift easily. There’s just something in people. It’s the fatal flaw in humanity, I think. Once we start doing something, we keep on. … I don’t know. I’m still thinking about this. I probably will forever.

This conversation was edited and condensed.