A century ago, social theorist Georg Simmel analyzed the appeal of large cities in a landmark essay, The Metropolis and Mental Life. The metropolitan attitude, Simmel concluded, was one that both welcomed and feared the excitement of human density. Nowadays, we use experiments to reach the same conclusion. A widely reported recent study of Swedish city-dwellers concluded that rates of mental illness, including psychosis and schizophrenia, rise as a direct result of urban living.

Earlier studies likewise showed that cities harbour more psychopaths and sociopaths than rural areas. It's not hard to see why. Cities are happy hunting grounds for power, achievement, dominance, isolation and alleviation of boredom all at once.

In the terms of economics, cities are full of externalities - spillovers to market transactions. I might hate the noise created by the cafés and bars on the busy street near my house, but I welcome the romantic opportunities created by the very same nightspots.

Both positive and negative externalities are everywhere in urban life, and that's one clear reason humans have been, for centuries now, progressively abandoning other ways of life and migrating to large, sometimes very large, conurbations.

Another reason, as Doug Saunders argues in this timely contribution to the discourse on global cities, is the simple desire of parents to offer their children a better time than they had. Saunders, the European bureau chief for this newspaper, has surveyed a series of 20 urban areas around the world, from Liu Gong Li and North Mumbai to South Los Angeles and Toronto's Thorncliffe Park, in order to understand "the final migration." Most humans on the planet now live in cities, and over the next few decades another quarter to a third of the world will join them.

Saunders calls this shift the most decisive social and cultural change since the Enlightenment and its legacies, including the French and Industrial revolutions, and it is difficult to deny it. Urban migration has not just been massive; it is proving to be one-way, fast and final. "We will end the century as a wholly urban species," he notes, and the consequences of that fact affect everything from governance systems and financial markets to climate conditions and fuel resources.

Saunders claims that we are not paying sufficient attention to this truth, and so are in danger of the "blindness" that afflicted earlier generations that failed to cope with large-scale social change. But take this rhetorical position, announced on page one of the preface, with a grain of salt. It is the conceit of the age, at least in the world of bestselling non-fiction, that you don't know what you think you know. Then along comes the book, here to dispel your "misconceptions" with actually obvious examples, to parade arguments as "against-the-grain" or "counterintuitive," when in fact they are the product of the merest reflection or, worse, have been blithely harvested from somebody else's real research.

The fact is, global cities and their consequences are being studied as intensively as anything on Earth, and there's no need to pretend otherwise in order to sell the value of a contribution. Saunders's contribution is valuable. It combines two virtues not often encountered in the literature: a focus on the margins of very large cities, where new arrivals mostly negotiate their first steps to urbanization, and an immediacy of reportage in the real details of individual stories.

There is a plenitude of such tales, and the book, despite its exhaustive attention, can only hint at their complexity. "Arrival cities are known around the world by many names," Saunders writes: "slums, favelas, bustees, bidonvilles, ashwaiyyat, shantytowns, kampongs, urban villages, gecekondular and barrios of the developing world, but also as the immigrant neighbourhoods, ethnic districts, banlieues difficiles, Plattenbau developments, Chinatowns, Little Indias, Hispanic quarters, urban slums and migrant suburbs of wealthy countries, which are themselves each year absorbing two million people, mainly villagers, from the developing world."

Saunders has travelled far and listened hard. There is some inevitable repetition in the resulting parade of characters, and too much specific plus too little general for some tastes - you will find no big urban theory here. Nevertheless, the book is a sympathetic and, finally, optimistic work of social journalism. The migratory districts Saunders has chronicled are not only functional, they are often miraculous successes, test-benches of diversity and hybrid cultures.

They are also the only solution to human growth. Cities stabilize populations, lowering birth rates and offering women opportunities other than child-rearing. By concentrating services and (ideally) discouraging reliance on automobiles, they lower per-capita consumption of fossil fuels and shrink carbon footprints. Saunders suggests, following some fairly respectable data, that a mostly urban global population would plateau at a sustainable nine billion or so. And this could happen as early as 2050 - not quite in my lifetime, but maybe yours, and anyway soon enough to quiet any remaining Malthusian doomsayers.

If this prospect holds, the cities of the century's second half are going to be amazing masala jumbles of cross-fertilization and innovation offering their citizens all the externalities they can handle, and more. There will be violence and tragedy, as always, but also triumph and glory. In the view of some, such as Laurence Smith in his forthcoming The World in 2050, northern cities like Canada's will fare best. Others think that future cities will generate the world's first real artificial intelligences, super-consciousnesses that dwarf the individual minds of the Enlightenment era.

That's the subject for a different book, and a different writer. In the meantime, Doug Saunders offers a readable, immediate social history of how we might be getting there.

Mark Kingwell is a professor of philosophy at the University of Toronto and the author of, among other books, Concrete Reveries: Consciousness and the City, which was short-listed for the 2008 Writers Trust Non-Fiction Prize. 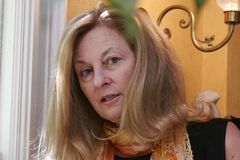 Review: The Matter with Morris, by David Bergen
September 24, 2010
Review: Light Lifting, by Alexander MacLeod
September 24, 2010
Follow us on Twitter @globebooks Opens in a new window
Report an error Editorial code of conduct
Due to technical reasons, we have temporarily removed commenting from our articles. We hope to have this fixed soon. Thank you for your patience. If you are looking to give feedback on our new site, please send it along to feedback@globeandmail.com. If you want to write a letter to the editor, please forward to letters@globeandmail.com.
Comments