Near the beginning of 1951, Jack Kerouac wrote a short text that began, "It's hard for me to talk English." He wrote the same paragraph three times, first in the French dialect of his boyhood ("Sé dur pour mué parlé l'Angla"), then in idiomatic English, and finally in a literal translation that emphasized the gap between the first two.

Kerouac, who was born into a family of displaced Québécois in 1922, spoke often of the cultural estrangement he felt as a francophone in the United States. "All my knowledge rests in my 'French-Canadianness' and nowhere else," he wrote in a letter to Yvonne Le Maître, another writer who grew up in the petit Canada quarter of Lowell, Mass.

For decades, Québécois literary critics have advanced the claim that Kerouac was a native son born in the wrong place. But no one knew the extent of his French writings until the Kerouac archives were unsealed in 2006, and few of those texts were published until this year.

The French of Kerouac's boyhood was "invisibly embedded in his poetics," says Jean-Christophe Cloutier, the Quebec-born English professor who edited Boréal's collection and did English translations for The Unknown Kerouac. For Kerouac, Cloutier says, writing in English was often a form of translation, from what he heard in his head to what an American publisher would accept.

The process was painful for a man whose prime objective in literature was to portray the unfiltered self, not the translated self.

In early 1951, Kerouac wrote a French novella called La nuit est ma femme, in which the semi-autobiographical narrator says, "I never had a language of my own," only three that he had imperfectly absorbed. "J'toute melangé dans ma gum" – "I've mixed them all in my head."

"He was a split individual," Cloutier says. Kerouac externalized the division in Maggie Cassidy, parts of which he wrote bilingually, with French and English versions on opposite sides of the page.

The French portions did not appear in the text published in 1959. Only late in his career, in the posthumously published Visions of Cody, did he dare to include French passages, along with his own translations.

Kerouac regarded the French of his boyhood as the truest language available to him, though his fluency crumbled after he left home. Part of its power lay in its orality, as a dialect not represented in literature. La nuit est ma femme was written 14 years before Michel Tremblay's Les Belles-soeurs brought joual into the theatres and literary culture of Quebec.

"Kerouac was always a writer of sound," Cloutier writes in his introduction to La vie est d'hommage. Kerouac wrote his joual texts phonetically and sometimes playfully. His ear for the unwritten flavours and rhythms of speech also drew him towards Afro-American dialects and the improvisations of jazz, Cloutier says.

Kerouac's passionate yet anguished relationship with his mother tongue was coloured by a sense of shame and cultural loss that afflicted not only his adult self, but the community into which he was born.

The great 19th-century migration of about 900,000 Québécois to New England reached the summit of its social cohesion at around the time of Kerouac's birth.

He grew up during its decline, as large numbers returned to Quebec or moved elsewhere in the United States. Even at its peak, the community's heart was always elsewhere, in a homeland mythologized through longing.

"Canada brooded in the air and haunted me," Kerouac wrote. "Canada was the bosom of my God."

As he moved farther from Lowell, to New York and San Francisco, Kerouac clung more tightly to his native language, and to other links with home. In 1952, he wrote to his mother from California to suggest that she join him in Mexico.

"You won't have to speak English any more, you can speak French with me," he wrote – presaging the final years of his life, living in seclusion with his mother in Florida. "She was one person with whom he never had to feel ashamed of speaking his mother tongue," Cloutier says.

Kerouac did his own partial translation of La nuit est ma femme, which Cloutier studied closely and incorporated in his published version. Like Vladimir Nabokov, Kerouac "foregrounded the foreignness of the phrase," he says. One of Kerouac's French passages that might idiomatically be rendered as "white as a sheet" comes out in the writer's own version as "white as a Lenten fart."

Le nuit est ma femme is a particularly fascinating text, for its plain-spoken intimacy and for its place in the chronology of Kerouac's works.

He finished it a few weeks before beginning On the Road, whose pace and syntax were affected by his French novella. As Joyce Johnson says in her 2012 study, The Voice is All: The Lonely Victory of Jack Kerouac, the first-person narration of On the Road was "a voice that would seem as American as apple pie, but it had been born in French."

For Quebec readers, Kerouac's declared French-Canadianness is a matter of curiosity and pride, first aired in an essay by Victor-Lévy Beaulieu in the 1970s. Michel and Ti-Jean, a 2010 English play by George Rideout, portrays an imaginary encounter between Kerouac and Michel Tremblay, the two early adopters of joual as a literary language.

But Kerouac's life and career also offer a cautionary tale, about what happens when a francophone community in North America loses its grip on "la survivance" – the determination to remain French. From that point of view, Kerouac, haunted by loss and by an exile partly self-imposed, was an imaginative writer trying to escape from a nightmare. 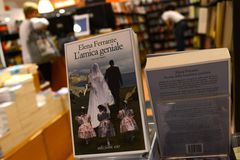