In 1965, Stephen Vizinczey, in his own words, "became famous from people writing about how stupid" he was to self-publish his debut novel, In Praise of Older Women. A controversial Bildungsroman mixing aphoristic insight and candid sexuality, it went on to sell half a million copies in Canada that year alone.

Today, self-publishing is an established industry – and one quite separate from the literary world.

"I never knew before In Praise what it was to be hated," Vizinczey says. "Hate is more memorable than praise."

Until recently, Vizinczey's latest, and self-published, novel If Only – a book 30 years in the making – sat in a critical and commercial limbo: Major bookstores would not stock it until it was reviewed and major newspapers would not review it until it was in bookstores. A man who has sold more than seven million books worldwide, a living author with a Penguin Modern Classic to his name, could not reach his own audience. So as we look back on 2016, it's worth discussing one of the most overlooked books of 2016.

That book concerns Jim, a Toronto-born cellist of Hungarian descent who is "determined to be Canadian," and ends up settling in London. It opens with him contemplating suicide, while holidaying with his wife on a Florida island resort. Jim's life, as we learn, has been a succession of ever-increasing compromises, accompanied by ever more complex justifications. "We all believe what makes life easier to bear," Vizinczey says, quoting his own novel. Though he adds: "The only thing that keeps us alone, apart, is beliefs."

The book begins as a regretful parable. Then an alien, called Neb, arrives.

"We are all foreigners," he tells me, discussing the migratory history of early Hungarian settlers (Neb's planet is, wonderfully, called "Otthon," Hungarian for "home"). "Deep down," he continues, "everybody's an alien. We don't get into another person."

Vizinczey's father was murdered by the Nazis when Vizinczey – born in 1933 – was two years old. Vizinczey went on to study under Kodaly, the renowned composer, and Gyorgy Lukacs, the noted Marxist critic.

Vizinczey, who wrote plays that were banned by his country's regime, fought in the failed Hungarian revolution of 1956 before fleeing westward, eventually arriving in Canada.

"I worked out, incidentally, how events happen," he tells me, casually. An absurd proposition, surely? Yet, it was with this theory, which he outlines in his book The Rules of Chaos, that he predicted that very revolution in Hungary, and America losing the Vietnam War. And Brexit. It is certainly no more absurd than a Hungarian refugee in Canada, then knowing only 50 words of English, going on to become a writer who, as Anthony Burgess said, "could teach the English how to write English." But it was not easy.

"When I went to Canada," he says, "I thought I would go insane. I was so lonely there, because it was such a different world." What kept him sane were books. "Literature transcends nation," Vizinczey continues, "when we read a book that reflects our own life, our own interests, then we don't feel alone." This is, as he says, "particularly important if you have been a refugee." Whereas other novelists may focus on what makes them different from other people, what is important in Vizinczey's work, and life, is what he shares with others. It was this focus that helped him learn English in Canada. "They are like me," he says of Canadians, "they have a mouth, a nose and two ears, and they talk! So I should be able to understand them." After a year, he even felt like a Canadian, "because we have to belong."

"I couldn't have become a great writer If I hadn't changed languages," Vizinczey continues. It forced him to be more critical of himself. "Whatever good is in my writing comes also from the fact that I learned to look at life from different points of view." In If Only, Jim's grandfather publishes a pamphlet titled The Nation of Foreigners. It's central premise: that migrants, by virtue of leaving wherever they are from, share a common consciousness, and are "at the centre of historic changes." Jim never buys into the dream of commerce, but follows it regardless. About to enact his own death, Neb, the alien, gives Jim a chance to be young again. To learn from what he has lost. It is a book about understanding, of both ourselves and others. Or perhaps not.

We talk for hours. About crosswords being a creative act. About how those interested in power, or furniture, might not enjoy his work. When he realizes I haven't read one of his major critical essays, he reads the entire piece to me. But, when it comes to If Only, Vizinczey is eloquently evasive. Even an attempt to summarize the book only gets as far as "Jim is a cellist" before diverting into a discussion about the relationship between the structures of literature and music. He is as much a writer as a rewriter, and 30 years of thought have been condensed into If Only. "I can now express in a paragraph what previously took me three chapters," he says. Extrapolating a single argument from the book seems futile.

Vizinczey does not think highly of traditional publishing. He has the lawsuits to prove it. His second novel, An Innocent Millionaire, is an epic yarn about recovering a lost treasure. The treasure, it turns out, is a metaphor for the publishing rights to In Praise of Older Women. Pushkin, one of Vizinczey's literary idols, wrote about duels. And died in a duel. "He was checking his own writing," Vizinczey says, "and it cost him his life. It is very admirable. This is the only attitude writers should have towards their work." He is a life-or-death romantic in an era in which the self-published author is as much a writer as a marketeer. And yet, by virtue of his new book having languished among the glut of badly written genre fiction associated with cheap e-books, I wonder how many great writers are lost in this gulf between self-publishing and its traditional cousin. Does a secret Pushkin lie hidden in the Kindle store?

Some time after our interview, I received an ecstatic e-mail from Vizinczey (who now resides in London): Still no reviews, but If Only now has Britain-wide distribution. It will finally be on store shelves, somewhere. Progress is starting to be made. "One of the main points of reading is to find people who are like you," Vizinczey tells me. I sincerely hope people finally happen upon If Only. 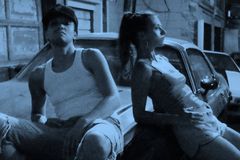 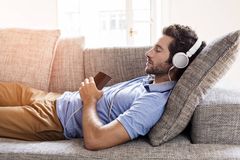 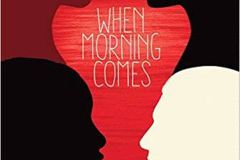