With almost 10-million copies already sold and still a bestseller 12 years after it was first released, Yann Martel's Life of Pi is the definitive opposite of a rare book. But there is a new edition of 350 signed copies currently housed in the office of a Vancouver environmental group that collectors will surely notice. That's because the entire edition is printed on paper made in part from agricultural waste.

Martel enthusiastically joined fellow author Alice Munro, who signed 50 waste-based copies of Dear Life in the same cause: saving forests by demonstrating the quality of paper that can be made from wheat and flax straw. Their gesture is part of a broad movement among authors, publishers and large corporate paper consumers to encourage adoption of the technology.

Living in Saskatoon amid Canada's fabled bread basket, Martel is an obvious ambassador for a process that promises to turn waste wheat straw into printing gold. The irony is that the straw pulp used to make the paper for the special editions was imported from India. And Canadian paper producers, flush with sources of wood fibre, are reluctant to invest in the technology required to make it themselves.

Almost half of all the trees logged in Canada still go into making paper, according to Nicole Rycroft, executive director of Canopy, the environmental advocacy group that worked with Random House Canada to produce the two new editions. "I find it startling in 2013 that that's still where we're at as a society," she said in an interview.

Environmentally, straw is a clear winner: Using "straw has half the ecological footprint of using trees to make paper," Rycroft said.

Since its beginning five years ago, Canopy's Second Harvest campaign for straw paper has gained the support of more than 700 publishers, printers and corporate paper consumers, according to Rycroft. Farmers are also keen. Market research has identified potential demand for more than a million tonnes of straw a year. "That's enough customer demand to keep five large mills running in North America," Rycroft claims.

But it's still not enough to persuade investors in a declining Canadian pulp-and-paper industry to take a chance on straw. And the lack of local plants remains a "big hurdle" to its mainstream acceptance, according to Anita Blinkal of Cascades Fine Papers Group.

"For us at Cascades, one of the most important points is that it be locally sourced," Blinkal said in an interview, adding that investment in a plant to make pulp from straw will require "a lot more demand" than Canopy has identified.

"At this point there's good interest and support, but for it to be a viable business it needs to go a lot further," Blinkal says.

Winnipeg-based start-up Prairie Pulp and Paper, backed in part by actor and activist Woody Harrelson, is eager to make that leap. The company is currently marketing a line of imported straw-based photocopy paper, called Step Forward, while it looks to raise as much as $500-million to build a plant capable of processing prairie straw into pulp.

Industry skeptics question whether straw pulp will ever move beyond its current role as a niche product. One of the biggest impediments, according to Robert Larocque of the Forest Products Association of Canada, will be securing a reliable supply of straw. "They would have to have guaranteed raw material access," he said. "They need that for sure."

Paper made from straw also lacks the strength and printing qualities of ordinary paper, according to Larocque, although it can be improved by the addition of fibre from trees or from recycled paper.

But the blended papers used to publish the Munro and Martel special editions are actually superior to many papers currently used in mass-market books, according to Louise Dennys, executive publisher of the Knopf Random Vintage Canada Publishing Group.

The medium is the message: Why Margaret Atwood's new book is made of straw
October 10, 2011 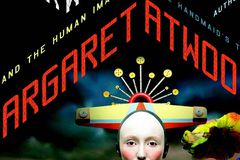 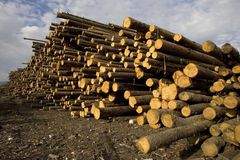 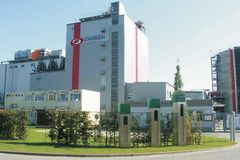