When she was a devout Muslim, Ayaan Hirsi Ali supported a fatwa against author Salman Rushdie. When she later became an atheist, death threats were again made – this time, against her. To say it has been an improbable road from Mogadishu to D.C. for the intellectual, author, activist and former politician would be an understatement. When her family arranged a marriage for her, Ms. Hirsi Ali fled to the Netherlands and within a decade was a member of Parliament. After her staunch criticism of Islam in a film, her colleague Theo van Gogh was murdered and she was forced into hiding. Five years ago, she published her autobiography, Infidel, with a foreword by fellow atheist Christopher Hitchens. Today she works for a Washington-based think tank, and at 42, Ms. Hirsi Ali has also embarked on a new challenge: motherhood. She and her husband, noted historian and author Niall Ferguson, welcomed their son, Thomas, in December. Ms. Hirsi Ali spoke with The Globe and Mail recently in Vancouver about her life under death threats, the Shafia honour killings, and how she plans to raise her child.

It has been more than seven years since Mr. van Gogh was killed and the threat against you was made. Do you still take death threats as seriously as you did then, or, in some way, have you gotten used to it?

You don't really get used to it, because there's a security team and they don't let you get used to it. When your life is threatened, whether it's by human beings or by disease or whatever, you come to appreciate life. I was thinking when I become old and retire, that's when I would take up this or that hobby. Now you just don't postpone those things. You appreciate life more fully, you live it more fully. This is the paradox. The threat enriches your life, in a way.

Are there things that you've had to give up because of the heightened security?

No. Actually, whatever it is I wanted to do, I want to do it even more.

Do you still get threats when you speak at events?

It's not a threat in the sense, "I will come and kill you." Normally you have a horde of men with long beards shouting all kinds of things. But between them and me are people carrying guns. That makes a huge difference. And then there's – I'm not supposed to talk about security – but then there are Secret Service who are also doing their job.

How does Ayaan Hirsi Ali spend her days?Read, walk, cook – I come from a culture where you eat together – discussing current affairs, world affairs and travel.

I've just had a baby. If you look at what's on my reading desk right now, it's all about parenting and all these theories of parenting. The funny and weird thing is, how did humanity manage before these books? [She laughs.]I want to give the very best to my son. Science has done a lot, in terms of advancing how we bring children about. When I was growing up, I was told what to do by my parents, my grandmother, the clan, clergymen. You just followed what those people said. Now it's like, "No, I want to have my own way of doing this." And how do I develop that? I start reading about it.

Will you raise your son as an atheist?

It's very interesting that you ask that. My life before I had my child was abstract. Now, once you have the child, that's no longer theory. You actually are now bringing up this tiny human being, innocent, helpless.

And from that scallop, from that plate of appetizers, ultimately you choose what you end up believing in. What if your son decides to follow Islam?

That's one of the crazy jokes we make. Kids at some point like to rebel against their parents, and so how will I respond? In theory, I think I'll keep a straight face.

And I have to do what my father and my mother were incapable of doing, which is to say, "Alright, go for it." I'm hoping it does not happen.

You have to let individuals make their own choices and respect that, even if it's your own child. And that's what was taken away from me. My father passed away thinking I still had to go back to his way of believing. My mother constantly tells me, "You're wrong, you're wrong."

I want to be strong enough to tell my son, it's your choice.

Is it ever daunting to walk into a room with a conservative or God-fearing audience, given that you're an atheist?

What I find daunting always is to stand on a stage and talk to people, whether they agree with me or not. With a group like that, I think besides daunting, it's also interesting. Because then you have a true appreciation for each other's way of life.

I was in Ohio the other day, with people who label themselves conservative. They read Infidel and there was a woman who stood up and she said to me, "You know, your book speaks to me more than it would to any Muslim in the world because I was brought up in a small, religious community." And then she started to describe how oppressive the form of Christianity she grew up with was, and how Infidel appealed to her. I just like experiences like that. That you share these stories and you think, I never expected anyone in Ohio to say, "I identify with your life story." Why would I?

In January, three Afghan-Canadians were convicted in Ontario of drowning four relatives in an honour killing. Did you follow the Shafia case? What did you make of it?

The case was about honour killings, but for me the case was also about much more. For instance, the father was a typical immigrant that anybody would want to have. He came from Afghanistan, he started his own business, he was a law-abiding citizen, a family man. But he came in with a completely different value system, particularly, the place of women in society. Nobody ever confronted him with that in an official way.

The fact a daughter would put on make-up, have a boyfriend, lead a lifestyle that for Canadians is so normal – that that could get you killed in another culture? Canadians turned a blind eye to that. These kids got caught between the culture of their parents and the Canadians thinking this is not going to happen because they are like us.

What impression have Vancouver and the rest of Canada made on you?

I think of Canada, first and foremost, in terms of space. The amount of space available is breathtaking.

You have all these intermingling cultures. Everything just seems so idyllic.

Today I went to lunch and I pointed to the people who went to lunch with me. I said, "When people talk about multiculturalism, they talk about a restaurant like this one." You are served by someone from Germany, who speaks French. It's an Italian restaurant, but it's run by a Canadian-Czech. Your food is cooked by people from Japan. There were a couple of Indians, and then you look at the other guests and they come from all over the world.

Sunny Dhillon is a member of The Globe and Mail's British Columbia bureau.

new
Teen victim feared she'd be 'a dead woman' if parents knew she was dating
May 8, 2018 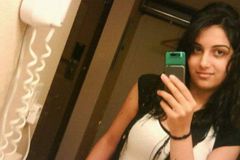 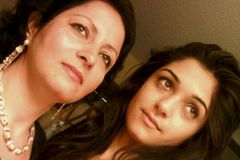 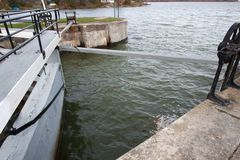 updated
Teens terrified of father, showed up at school with bruises, 'honour killings' trial hears
May 8, 2018