If you were to describe Ken Follett's new novel as a cross between his grand medieval epics and his 20th-century spy thrillers, you wouldn't be far off. As with the former, Fall of Giants involves a huge cast of characters (six pages' worth) and interweaves the personal and political in a tale that is as much a family saga as a detailed historical blockbuster. And for fans of Eye of the Needle, it offers the same pulse-pounding action scenes, propulsive suspense and intriguing depictions of ordinary people transformed by war.

Yet this near-1,000-page doorstopper is more ambitious still. Encompassing an even larger geographic scope and recounting a world-changing sequence of events from many different angles, it provides a panoramic view not just of the First World War and the Russian Revolution, but of the entire era. With the recent wrap-up of the Pillars of the Earth miniseries, readers are primed and ready for more, and this book delivers, tunnelling through a complex historical period with insightful precision and nary a dull moment. If the next two volumes of the Century Trilogy are equally impressive, the series could become Follett's most significant accomplishment.

The plot centres on five families of varied nationalities and social backgrounds. In 1914, the Welsh country estate owned by the Fitzherberts - the ninth-richest man in Britain and his wife, a Russian princess - serves as the initial gathering point for most of the major players. While Earl Fitzherbert ("Fitz") analyzes the potential for war with his German former schoolmate Walter von Ulrich and his Austrian cousin Robert, military attachés for their respective nations, Gus Dewar, a politically well-connected American, contributes his country's perspective.

Ethel Williams, the Fitzherberts' striking young housekeeper, seeks to rise above her station, sharing confidences with Fitz's liberal-minded sister, Lady Maud, and beginning a reckless affair with Fitz himself. Her younger brother, Billy, becomes a hero after a deadly explosion at the local mine. Meanwhile, in St. Petersburg, Russia, brothers Grigori and Lev Peshkov remember the unjust deaths of their parents, make the best of their dreary existence and dream of immigrating to the United States.

Over the next four years and more, each gets pulled into the conflict. Family squabbles ensue, as do illicit relationships, hasty marriages, underhanded conspiracies and pointless sacrifices. Well-wrought set pieces transport readers smoothly from elegant London soirées to the Foreign Office in Berlin to the seamy side of Buffalo, N.Y. The characters' prominence in the story reflects their countries' involvement in the war, meaning the Dewars don't take centre stage until later.

On his website, Follett says he aims to write transparent prose, and there's much to be said for his unpretentious style. He clearly lays out the intricate chain of alliances, defensive postures and subsequent reprisals that draws most of Europe into the fighting. From the Russian workers' march on the Winter Palace (recounted in flashback) to the October Revolution, and from Archduke Franz Ferdinand's assassination through the interception of the Zimmermann telegram and after, he serves up history in easily digestible form. It gets didactic in places, but the human aspect of war remains primary, as does the immense human cost. Billy Williams's brutal initiation into trench warfare is an especially potent rendering.

Just as the protagonists of Pillars build a magnificent Gothic cathedral, those in Fall of Giants become architects of change. One of Follett's major themes is the empowerment of the disenfranchised, as seen through Maud and Ethel's fight for women's suffrage. The wretched poverty endured by the Russian people packs an emotional punch, making it easier to understand why they found the Bolshevik movement so appealing - at least at first.

In stark contrast, the royals, all woefully out of touch, appear incompetent and silly. Britain's George V and Queen Mary require a servant's advice on etiquette, for example. Follett skillfully mixes them and other real-life characters in with his fictional ones, though saves the best lines - and most perceptive observations - for the latter. "The degradation to which you subject others comes back, sooner or later, to haunt you," Maud thinks, a statement that pithily summarizes a good deal of this book and can serve as precursor to the next, which will cover the Depression and the Second World War. Everyone speaks the same brand of colloquial English, a clever way of keeping them on the same footing.

As the characters traverse the globe on their missions, their paths sometimes cross, making for some unlikely meetings. In fact: "This is amazing - what a coincidence!" exclaims one of them, spotting a friend-turned-enemy in no man's land during the famed Christmas truce on the Western Front. Occasional contrivances aren't uncommon in novels of this sort, but the frequency with which they occur here becomes increasingly distracting.

This issue aside, few novelists besides Follett can make such a broad sweep of history so accessible and consistently entertaining. A splendid evocation of a transformative period, a war novel tailor-made for those who would otherwise avoid them, and a wonderful story all around, Fall of Giants should fulfill expectations and then some. And at a time when the Great War is quickly fading from our collective living memory, it offers a reminder about the victories achieved and struggles endured by this earlier generation.

Sarah Johnson's latest book is Historical Fiction II: A Guide to the Genre. She blogs about historical novels at readingthepast.com. 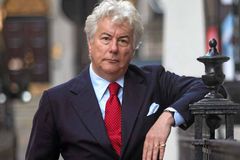