One occupational hazard of drug dealing is that it's easy to become addicted to your product. While you can make good money selling hash or cocaine, all too many dealers have smoked or snorted away their profits. The antiquarian book trade suffers the same problem. Almost all booksellers are also book lovers which means antiquarian dealers are nearly inevitably divided souls, torn between the competing desire to collect what they love and the financial necessity to sell their wares.

This tension between hoarding and retailing is both funny and sad, which explains the hilarious pathos that runs through The Pope's Bookbinder, the sprightly but also melancholy memoirs of David Mason, a Canadian book dealer of international reputation. Mason's father was a stereotypically prudent banker, who often derided his son not only for wasting his youth spent bumming around Europe but also for taking up so impecunious a profession as book dealing. As the elder Mason liked to ask his son's colleagues, "Why do you guys always only talk about buying books; why don't you try and sell a book once in a while?"

Mason's memoirs are a running argument with his father, but he admits to larger truth behind the query. Mason has had more than his share of triumphs. He's found priceless tomes from scouring out Salvation Army stores and junk shops for "sleepers" – gems among the paperback detritus. Out of the blue a customer once brought into his shop an extremely rare signed first edition of Darwin's The Origin of Species. Mason bought the book for $4,000 and sold it for much more. But as with all his net gains, the cash quickly fed into the "addiction" of buying more books.

As Mason persuasively argues, "bookselling makes otherwise sane people crazy." The most harrowing chapter in the book is a rueful, convincing and even partially sympathetic portrait of the late William Hoffer, a brilliant book dealer, as "an abrasive, confrontational, messianic madman."

Mason's early career coincided with what he accurately describes as "the Golden Age of bookselling in Canada," the period from the 1960s to the 1990s, when the rise of CanLit sparked a flurry of interest in our literary past. Mason and his colleagues (some portrayed in his book as cultural heroes, others as scoundrels and mountebanks) were crucial in mapping out Canada's cultural history.

A witty raconteur and compulsive gossip, Mason has written a book that will delight anyone who loves literary scuttlebutt. Yet The Pope's Bookbinder suffers from being an excessively professional memoir, focused on business and not private matters. He alludes to "periods of upheaval and calamity in my personal life" and the fact he could have "ruined myself with drink." Anyone who knows antiquarian gossip will have heard that Mason's youth was even wilder than he lets on in this book. Libel laws and a fear of offending family have perhaps silenced certain stories. The Pope's Bookbinder deserves to be read, but demands an even more candid sequel.

Jeet Heer's new book, In Love with Art: Françoise Mouly's Adventures in Comics with Art Spiegelman, will be published this fall.

How Chuck Klosterman has matured into boredom
May 11, 2018 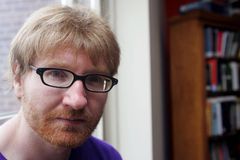 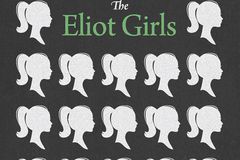 Book Review
An average memoir about a fascinating father
May 11, 2018 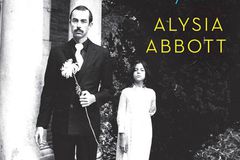