What does literary ambition look like today? Increasingly, I think, we're conditioned to think it looks like something different (this book's narrated by an erudite dog; this one contains a character who speaks entirely in footnotes). But what about those books that park themselves fully in old traditions? The best of them can remind us that the most conservative forms remain capable of the grandest ambitions. And Philipp Meyer's sprawling new Western The Son, one of the finest novels I have read in a long time, is certainly among that group.

Meyer, whose first book, American Rust, was more widely admired than widely read, has written the latest entry in the continuing search for the great American novel. But while it is an undeniably American book, it reaches far beyond those borders, becoming instead a thoroughly universal story of the darker powers at work in our hearts. As Meyer told The New Yorker, when chosen as part of its 20 under 40 talent search, great books "take some meaningful stance on humanity, on the way people are."

Which, according to The Son, is violent. The book stretches across the 19th, 20th and 21st centuries, following the McCullough family as they grow from lone settlers on Comanche hunting grounds to cattle barons to, in the end, extremely wealthy oil tycoons. At the centre of the narrative are three generations, whose stories alternate: Eli McCullough, the patriarch, who lives for 100 years and casts his brutal shadow over all who follow; Peter McCullough, Eli's son, whose diary documents his chafing against his father's influence and his falling in love with the lone surviving daughter of a neighbouring Mexican family killed by the McCulloughs; and Jeannie McCullough, Eli's great-granddaughter, who brings Eli's legacy into the present day and ceaselessly expands the family's business. Meyer's elegant prose is precise and unflinching, somehow both opposite to and the equal of the book's terrifying parade of sins.

At the story's beginning is a blank slate – "The human mind was open in those days," says Eli – though that slate is quickly bloodied. Eli is forever uncomfortable with the world and his fellow man, feeling that he can never have enough open, unpopulated country to inhabit. He leads massacres, and is coldly indifferent to the slaughter of his own wife and child. The massive family he spawns struggles with the clan's foundational violence, and either submit to or rebel against the avarice and ruthlessness that shapes their genes. It's a grand narrative of inheritance and inevitability. ("This family must not be allowed to continue," Peter writes near the novel's end.)

But The Son isn't content with the mere creation of Eli, who in his combination bloodlust and charm is one of the most memorable characters in recent fiction. It doesn't house its evil in a tidily contained vessel, leaving us free to excuse and condemn it. Instead, it subtly argues that Eli is but one physical manifestation of the violence that drives all human history, an embodiment of the world itself. Its bleak but necessary point is convincing, even to its characters, who come to recognize that the world they inhabit is fundamentally flawed. Peter McCullough, reflecting on his efforts to tend the graves of those slaughtered by his own family, understands this with self-indicting clarity: "Perhaps this is why I'm constantly disappointed – I expect good from the world, as a puppy might. Thus, like Prometheus, I am unmade every day."

Jared Bland is the editor of Globe Books. 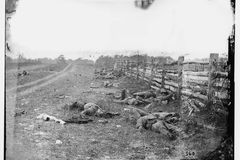 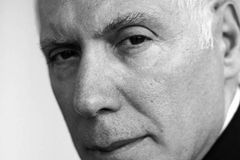 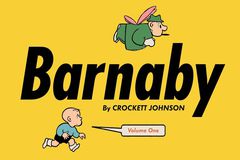 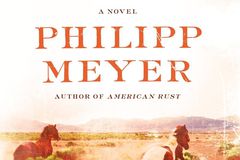