The question often asked, when Amanda Lindhout disappeared in one of the world's nastiest war zones, was: Why?

Nobody instructed the young journalist to visit Somalia in the middle of a civil war. No editors demanded her coverage; her only steady job when she landed in Mogadishu was a regular column for the Red Deer Advocate, a small newspaper in central Alberta. When news broke that a 27-year-old freelancer had been kidnapped, some veteran correspondents asked each other why the rookie threw herself into such danger.

We get a satisfying answer in Ms. Lindhout's new book, A House In The Sky, crafted with help from the talented Sara Corbett, a contributing writer for The New York Times Magazine. The early chapters describe the way Ms. Lindhout was seduced by the world, drawn to faraway places never imagined in her rural hometown. Inspired at first by the glossy pages of National Geographic magazine, she followed the usual backpacking routes in Latin American and South Asia, then strayed far beyond the maps in her tourist books. Rough spots along the way – getting mugged at gunpoint in Kabul, falling sick in the deserts of Ethiopia – only deepened the allure.

She wanted to break into journalism, but it's a hard business. The Advocate paid $35 per article. She got hired for the Baghdad bureau of Press TV, Iran's state broadcaster, but grew tired of the spin from Tehran. She saw the neglected war in Somalia as an opportunity, remembering the way famed newscaster Dan Rather had proved his mettle while covering a hurricane as a young reporter in the 1960s. "Because he was there, because he'd taken the risk, he managed to tell the story in a vivid and meaningful way. His career was made," she wrote, adding later: "Somalia, I thought, could be my hurricane."

That's crazy, to some people, but I recognized some of my own craziness in her story. Like her, I grew up in a small Canadian town, and I was only 26 years old when I launched myself into the battlefields of Afghanistan as a correspondent for this newspaper.

What lures us into dangerous places? Ambition, curiosity, desire for meaningful work. Youthful stupidity. The romance of new landscapes. The yearning to make our lives useful, adding a human voice to the cold politics that govern the fates of millions.

All of these things are part of Ms. Lindhout's explanation of the way she stumbled into Somalia, and they're achingly familiar. I live in Kabul, where most of my friends tick with the same emotional clockwork. Many of us live as ordinary civilians but with the backing of a major organizations that provide risk insurance and medical training. But there's a growing cadre of people like Ms. Lindhout, scraping by with only meagre savings and strong instincts. Such freelancers are now carrying much of the burden for coverage of Libya, Syria, and other wars.

This is the reality of our age, with news organizations and Western governments stricken by shrinking budgets. Young adventurers are filling the gaps in our understanding about the worst places, often with little backup when bad things happen.

The details of the bad things suffered by Ms. Lindhout and her travelling companion make for exceptionally grim chapters. Kidnappers grabbed them on their fourth day in Somalia, and their odyssey lasted more than 15 months. She was beaten, tortured and raped. She briefly contemplated suicide. In the end, their families raised $1.2-million and bought their freedom.

It's painful reading, but readers will probably find inspiration in her ability to endure hardship. The book should also be mandatory for anybody who feels compelled to work in the toughest parts of the world. No matter what precautions are taken, the most important distinction between Ms. Lindhout and the rest of us, unfortunately, is luck. In the same hour that I finished writing this review, I heard news about two foreign aid workers kidnapped in Afghanistan. They were travelling a road we all assumed to be safe.

The most frightening part of Ms. Lindhout's account is that such ordeals will be repeated – and continue, even now, in the difficult corners of the world that attract young idealists.

Graeme Smith is the author of The Dogs are Eating them Now: Our War in Afghanistan, to be published in September. 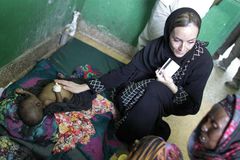 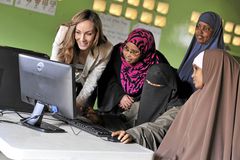 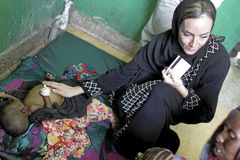