'You should," Morrissey writes in his imperiously titled Autobiography, "judge a book by its cover."

Upon its U.K. publication in October, Autobiography drew notice as a first edition by a living author published under the Penguin Classics imprint. At once deeply ironic and wildly self-aggrandizing, this Morrissey-ish gesture effectively put the English pop star – former lyricist and singer of eighties Brit-pop superstars The Smiths and sullen darling of sad bastards everywhere – in the same class as Laurence Sterne, A.E. Housman, and Oscar Wilde – an icon astride his icons, his book a certified classic before anyone had read it.

Conspicuously lacking chapter breaks, prefaced by a photo of a naked toddler in sunglasses (the author, presumably), formatted willy-nilly (italics, bolding, and capitalization deployed with orthographic abandon), boasting an opening paragraph running four and one-half pages, by turns intoxicating, indulgent, hilarious ("Not for the first time I wrap a dying pelican in large bath towels and carry it to the hotel receptionist") and straight-up dull, Morrissey's memoir earns its pithy title. For better, for worse, for nothing at all, Autobiography is a catalogue of everything "Morrissey," the garrulous genome map of one of pop culture's most vexing constructions.

Born Steven Patrick Morrissey, 22 May 1959, and raised in industrial Manchester, a place "more brittle and less courteous than anywhere else on earth," Morrissey forged himself in tropes. His working-class youth is a dismal, Dickensian cartoon. His encounter with guitarist and Smiths co-founder Johnny Marr, whose jangly guitar experiments would give musical shape to Morrissey's pained baritone, is backhandedly self-deprecating ("Why has Johnny not already sprayed his mark – elsewhere, with others less scarred and less complicated than I am?"). He basically reverse-engineers the anguish, isolation and foppish impudence that define his persona. When The Smiths first LP enters the UK charts at No. 2, Morrissey offers a succinct review of his existence that might have served as an alternative title for his book: "My life stinks." Everything in Autobiography, every woeful anecdote and gushing pop hosanna, feels similarly wheedled to feed back into this idea of "Morrissey."

It is refreshing (though really not very surprising) to see Morrissey so engaged with his own edifice. He does us the courtesy of acknowledging that he is more concept than man, reeling and twisting and falling to his knees clutching his heart within the confined air quotes of his own invention. Morrissey luxuriates in surfaces, ascribing to no deeper truths than those expressed in the curatorial art of posturing. Morrissey is not concerned with art as revelation, but as composition: with how it makes and re-makes his world.

If he withholds himself from the listener (or reader), it's only so he may illuminate paths otherwise not considered. His ability to intimate whole broad constellations of formerly unfelt emotion is Morrissey's most benevolent quality as an artist.

And yet Morrissey's high-flown humanism is also his most troubling characteristic. While he believes himself a voice of the disenfranchised, possessing a rare soul that "seemed to speak up for the most awkward people on the planet," Morrissey's sympathies are academic.

He may profess to profoundly love people in general terms, but Morrissey seizes any chance to rail on folks individually (bandmate Marr, "Duchess of Nothing" Sarah Ferguson, BBC radio DJ John Peel, and so on). He reproduces in full, for no reason other than his own self-satisfied cattiness, an embarrassing letter from journalist Nick Kent, who petitioned for Marr's job after he left The Smiths in 1987. He holds that allegations of his racism were fabricated whole cloth by the "ever-lurking" British music mag NME, yet later mentions being startled on a L.A. backstreet by "a seven-foot homeless blackface." (Whether numbers like Asian Rut or The National Front Disco are racist or, as Morrissey insists, "about racism" proves endlessly debatable.) He makes fun of those who don't speak as well as him, who rely on "tautological cobblers" like "sort of" and "like."

It's sort of like Morrissey romanticizes the notion of a marginalized humanity that is affirmed by him, but retains little interest in the nitty-gritty of human sorrow (besides his own). And Morrissey is so sensitive to his self-presentation as kindly King Mope – ruling over everyone who ever scrawled a second-rate sonnet in a schoolbook margin or dried out rose petals – that it's disappointing to see him at 54 still twisting and juking around his own shadow, however nimble the manoeuvres.

Morrissey's careful obstructions are made even more maddening by the rare cases when he's managed to expose himself despite himself. On 2006's Ringleader of the Tormentors he sings of chasing tail through Rome, guided only by the "explosive kegs between [his] legs." By 2009's Years of Refusal, he'd returned to grudge-bearing, finding clichéd middle-aged swagger in his ability to rile himself up yet again.

Autobiography plays like an extension of this, a sad amendment of his gutsier stabs at disclosure. Sections detailing a maybe-romance with a photographer named Jake Owen Walters have been pared since the U.K. edition, either too revealing or too libellous, who knows. Meanwhile, Morrissey devotes 28 whole pages to former Smiths drummer Mike Joyce's 1996 lawsuit for unsettled royalties. Then nine pages picking apart the verdict. And finally three and a half on his attempted appeal.

"Victims must always whine," writes Morrissey of his disgruntled ex-bandmate. And in his energizing rage, he's oblivious of the irony. For once.

John Semley is the online editor of Now magazine in Toronto. 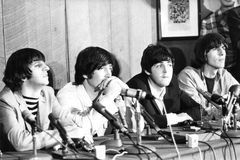 Artists struggle to survive in age of the blockbuster
November 28, 2013 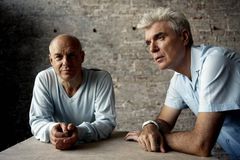 Morrissey’s moany autobiography is like a bad Smiths soundtrack
October 25, 2013