When a black man is charged with a violent crime, what does a white observer see? What happens in the opposite case? How much more fraught is the act of interpretation, or judgment, when observing the actions of a person of another race or ethnic background?

These are loaded questions, particularly in proudly multicultural Toronto, where Catherine Bush's fourth novel, Accusation, begins. The novel opens with Sara Wheeler, a journalist covering "immigration issues and immigrant communities" for a national Canadian newspaper. She has become preoccupied with Raymond Renaud, Canadian founder of the internationally renowned Circus Mirak, an Ethiopian troupe whose oldest performers are no more than teenagers. At a benefit in Toronto, she ("tall and blond") is introduced to Raymond, a "muscled, supple-limbed, pale black man." Late that night, the unexpected occurs: A vulnerable Raymond approaches Sara with the proposal that she, a stranger, drive him six hours to Montreal so that Raymond can catch a flight. Intrigued, Sara agrees.

In the protective darkness of the car, Sara tells Raymond about a pivotal episode in her own life: Years ago, she was accused of theft and fraud. Because of a lack of evidence, there was no conviction but, crucially, no exoneration. Sara believes that this false accusation is the truest thing she can confide.

Afterward, they do not remain in contact. Months later, when nine members of Circus Mirak seek asylum in Australia, claiming physical and sexual abuse by Raymond, Sara becomes obsessed with the man she once drove to Montreal. She trawls footage of the children, but sees no evidence of "monstrousness." Yet the inability to see it, she tells herself, "didn't mean it wasn't there."

A persistent tapping at the complexities of prejudice – the accusations we harbour in our hearts – brings an unnerving friction to Accusation. I found it impossible, at various moments, not to judge Sara or to assign victimhood: In other words, to make my own dangerous accusations.

Impulsively, Sara travels to Ethiopia to learn "who and what [Raymond] is." If he has been wrongly accused, perhaps she can assist him. Yet her reasons are not entirely convincing, even to herself.

Although Sara is an experienced journalist who has reported from conflict zones in the Middle East and East Africa, she seems ill at ease in the role of investigative journalist. She leaves a message with the local police in Addis Ababa, but never follows up. She shies away from pursuing the obvious leads, including contacting his friends and family at home. In these moments, Sara, as a character, feels tenuous. Still, through a network of expatriates, mostly Canadian, Sara discovers another story of sexual abuse, only tangentially related to Raymond, this time at an orphanage.

On her return to Toronto, Sara publishes a major news feature, exposing a possible pedophilia ring in Ethiopia. The photograph of a 13-year-old victim, Abiye, is printed. Sara snapped the picture while in Ethiopia, and it's never clear what kind of consent was requested or received. Meanwhile, nobody has yet been charged; accusations swirl.

Bush's prose is deeply considered, calm on the surface yet, on closer reading, full of ambiguities. A young man involved in terrorist activity is described as "angry in a more lethal way than [Sara]." In Ethiopia, Sara tells us, "How intimate, and domestic, the relationship with one's driver could be." Though the words are direct, the psychology underneath feels elusive. In her private life, coming to the end of a three-year affair with David, whose wife is undergoing treatment for cancer, Sara professes not to believe in truth, only in individual versions of the truth. Meanwhile, Raymond, projected upon, glimpsed as either a victim or a monster with little room in between, comes to life with a fractured, painful clarity.

Events accelerate. Sara continues to pursue the story. At last, Raymond, heartbroken, begs her for peace: "You who know what this is like." What's left unspoken is that, in fact, Sara does not know: She cannot apprehend the nightmare of being a black man in North America accused of a sexual, predatory crime. Raymond's truth remains hidden and unarticulated.

The fact that Sara doesn't perceive this divide is perhaps the most haunting conflict in Accusation. After the conversation with Raymond, she sees a group of teenagers trick or treating, one wearing a "pink Afro," and she thinks, "She had once been a teenager like them." This feels more real. The novel subtly evokes a deeper tragedy: In others, we keep seeing versions (fractured truths) of ourselves. Our projections become so vivid that, eventually, those unable to secure their own identities become invisible.

Accusation is both a psychological thriller and a novel of anxiety: How can we interpret the actions of another if we are unable to perceive the most crucial elements? In the end, the inner life of another person might be the greatest mystery of all, especially if it was their exoticism that first attracted us. Our projections might blind us to the things every person holds in common: the desire to give love without reserve, the desire, perhaps impossible, to be seen fully, in our complexity, before the blade of judgment falls.

Madeleine Thien's most recent novel is Dogs at the Perimeter. 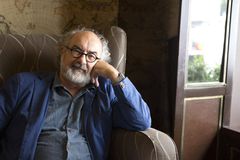 Book Review
In Americanah, Adichie notices the things you’re not supposed to
May 17, 2013 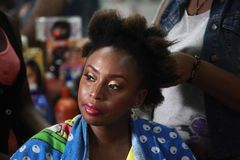