It happens all over, all the time: A baby is born into bleakness. In a work camp in Siberia in 1937, Kolia comes into the world. His parents, incarcerated under the political machinations typical of that regime, do not last long and the boy is left to fend for himself. He starves and steals his way along, until a foreign prisoner, a Swiss zek whose crimes and connections remain shrouded in mystery, takes him under his wing. Like so many others, Josef disappears; the man Kolia had come to love like a father has died, he is told.

Kolia is suffused with loss, yet it does not brood or mourn. This impressive first novel by young Montreal writer Perrine Leblanc hovers on the brink of the allegorical, but never slips into the didactic or self-satisfied. The author manages to align the lives of her sketched-in characters with her readers just enough to shows us glimpses of ourselves. This is not Solzhenitsyn's uber-realist cri de coeur; Kolia is just a story. As confirmed by a slew of awards, including the Governor-General's Award for fiction, the Quebec Canada Reads and the coveted Grand prix du livre de Montréal, it is a good one.

With Stalin's death come amnesties, and Kolia eventually makes his way to Moscow, where, smitten with the circus, he joins the famous Bounines, a fictional troupe Leblanc has based on celebrated Russian clowns. Alongside Bounine as the auguste, and Pavel as his foil, the newcomer takes on the role of the sad clown, creating the character of a mute pickpocket.

Even as the Bounines edge toward stardom, Kolia is erased, both onstage and off. He never tours abroad with his colleagues, never gives interviews. Hovering silently in an oversized gulag pea coat, he is all the more disturbing for the myriad possible images he throws back at the audience. Of all the performing arts, circus most flagrantly thumbs its nose at the fourth wall. Its magic, its suspended disbelief arises from extremes of fear and glee – making "the audience laugh so hard they forgot that, only moments ago, they were afraid." If literature probes, and theatre exposes, circus is more furtive, the what-if art.

Much like his part in the Bounines, in his daily life, Kolia says not very much. He bears up under the ugly weight of his camp childhood and of the grim Russian present. Now and again, he searches for a trace of Josef, via various bribable functionaries and through the lost man's sister, Tanya, finally finding his tragic, incomplete answer after the fall of the Iron Curtain.

Kolia is something of an everyman, a Homo sovieticus whose practised indifference to the basic human touchstones the West takes for granted – individual agency, choice, professional success – is emphasized by the pettiness of his disappointments and pleasures: the annoyance of his regular prostitute leaving the profession, or the thrill of petty thievery. The perfect relationship, Kolia muses, is one with "no real commitment or deep emotional attachment, which also meant no guilt or crushing sense of failure."

All the novel's players are ghostly: the great Bounine wastes away into a pretense of power, puffing impotently under a hooker; Tanya bitterly tolerates her Communist Party boyfriend because he makes her life easier; Pavel drinks himself to death, while his daughter Masha is deeply anorexic… More or less everyone informs on everyone, with matter-of-fact boredom; all communications are covert, codified far beyond actual meaning. Even the dizzy metamorphosis of glasnost is hazy, half-lived – Leblanc's cast "somehow remain oblivious to it all, as if it were just a voice-over in a silent film."

In fact, the only anchors are books: Kolia's first audition is as Fagin, French books are used as currency more reliable than rubles, and snippets of Mandelstam pepper the novel. Language, Kolia observes of Tanya's French-inflected Russian, is an uncovering, "clearing a path towards meaning and truth, in order to unearth them." It is clear where Leblanc's allegiances lie.

Among his eminently, horrifyingly quotable genocidal apologias, Joseph Stalin also once compared writers to the engineers of the human soul. With Kolia, Leblanc proves herself to a judicious inventor and an able machinist. (A word to the bilingual: Read the original if you can, as David Scott Hamilton's translation is far less sure on its feet.) The novel is refreshingly devoid of the self-reflexive pitfalls of first books, and its clean, simple language is memorable without being ornate, accomplished without being showy. What more can you ask? It's a good book.

Katia Grubisic is a writer, editor and translator. 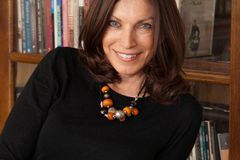 Book Review
During life under perfect tyranny, compromises with a fickle state
November 30, 2012 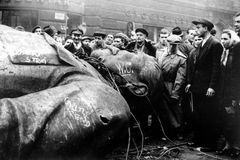 Apricot Jam and Other Stories, by Aleksandr Solzhenitsyn
January 2, 2012 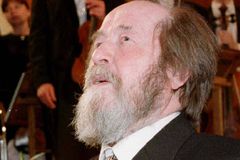 Review: In the First Circle, by Aleksandr Solzhenitsyn
March 11, 2010
Follow us on Twitter @globebooks Opens in a new window
Report an error Editorial code of conduct
Due to technical reasons, we have temporarily removed commenting from our articles. We hope to have this fixed soon. Thank you for your patience. If you are looking to give feedback on our new site, please send it along to feedback@globeandmail.com. If you want to write a letter to the editor, please forward to letters@globeandmail.com.
Comments