During a panel at the recent New Yorker Festival, Mindy Kaling, creator and star of The Mindy Project, made a rather startling admission. "Kaling made a strong case for one way in which her series has been misunderstood," The New Yorker's Emily Nussbaum recalls."Her idea for Mindy Lahiri, she said, wasn't a spunky role model like Mary Tyler Moore. She also wasn't trying to create a flawed comic protagonist with a voice-of-reason quality, in the tradition of Liz Lemon and Leslie Knope. Instead, she was going for the Michael Scott, the Larry David, the Kenny Powers – truly screwed-up bigots and basket cases who were, nonetheless, the rowdy centers of their respective shows."

A woman that dares to be disliked? Indeed, Kaling's sparkling, sharply written comedy revolves around ob-gyn Mindy Lahiri, a motor-mouthed, narcissistic magpie whose many failures and faux pas are committed with such aplomb that they seem almost purposeful. In short, if you thought flawed female heroines went out of style when Sex and the City's Carrie Bradshaw hung up her tutu, think again.

Tutus are something Becky Brandon, née Bloomwood, a kindred-spirit animal to Mindy Lahiri if there ever was one, thinks about a lot. The fashion-obsessed anti-heroine of Sophie Kinsella's Shopaholic books reappears in Shopaholic to the Stars, the seventh title in the bestselling series, which finds the former financial journalist moving to Los Angeles with her husband, Luke. Luke has a new gig doing PR for an A-list movie star, which, for celebrity-obsessed Becky, is almost too much to handle – or maybe just enough?

Written, as all Shopaholic novels, in the voice of Becky's hot-pink internal monologue, Shopaholic to the Stars doesn't deviate much from the usual paint-by-numbers plot formula (Becky makes a big plan, Becky lies to get what she wants, Becky tries to moonwalk her way out of trouble by lying more). Kinsella's barbed prose is sharp as ever – her dissection of L.A.'s Kabbalah bracelet and juice bar culture is particularly on-point – and Becky's fixation this time around is with becoming a Hollywood stylist, a timely, if not terribly creative gimmick. If this sounds dismissive, you have here my word that it is not. As a long-time fan of Kinsella's – the British author's candy-coloured covers, and I own every one, share shelf space in my home with more socially acceptable names like T.S. Eliot and Donna Tartt – I've found myself defending her honour at many a lit-minded cocktail party.

Here's the whole truth: there was a time I hid the books on a separate dedicated shelf in my bedroom, away from prying eyes and the inevitable question (soundtracked with the swish of an eye roll), "Is that chick lit?"

This was in my early twenties, when I cared what people thought and believed that their judgment of me meant something that I wouldn't be able to take back or shed if I later changed my mind. But as time passed and I bought more books and a bigger bookshelf, I decided that being a modern woman meant that I could – and should – be able to read about climate change AND shopping. I moved the books to the living room, and with them, invited criticism of me, the English grad, as a literary lightweight.

And it's true, new friends sometimes ask how I can read "that stuff" (old friends mostly roll their eyes, as I yet again expound on the unique virtues of Lauren Weisberger vs. Emily Giffin). To those who ask, I usually ask back: What's offensive about so-called chick lit, exactly? For some, it's the admittedly at-times lacking lexicon, which glorifies words like "shopaholic," (to my mind, for the record, only one notch above the dreaded "fashionista"), for others, those aforementioned covers, ecstatic and whimsical, printed with high-heeled shoes and marabou purses. But the books themselves, I insist, come with specific rewards: incisive portraits of warts-and-all modern friendships and relationships, hysterical dialogue, non-preachy morality lessons. The pains and pleasures of life itself.

My case for Kinsella specifically is thus: Take the caustic wit of Gillian Flynn and the comedy of manners of Edith Wharton, add a British accent – that's Sophie Kinsella. In a world where an 800-page Pulitzer Prize winner about a painting is a beach read, what true guilty pleasures are left? This is a post-Fifty Shades of Grey society, people, and heroines to root for come in all shapes and sizes.

So, shopping, schmopping. While the plots of the Shopaholic books do follow a certain samey formula, the draw of the thing remains the same: Becky. Becky, who started out in the first book (2001's Confessions of a Shopaholic) as a spoiled, entitled brat – albeit one with her heart generally in the right place – has grown, by book seven, into a complicated, even fascinating, woman. Her occasional carelessness for friends and family can still be glaring (a subplot involving her father is particularly ugly this time around, setting the stage for yet another sequel, and, quite possibly, some actually serious consequences for Becky's perennial, good-natured selfishness). But I'd wager that she's also a role model of a certain stripe: an alpha mom, ambitious careerist and sexy wife who leans in so far she usually topples over. And, as such, she's a delight to watch. (Just don't actually watch the aggressively mediocre 2009 film based on the books, starring a wild-eyed Isla Fischer as Becky. As far as I'm concerned, just like any Home Alones made after Home Alone 2: Lost in New York, it simply does not exist.)

This brings us back to Kaling. An admitted obsessive fan of romantic comedies, she cites another narcissistic Brit, Helen Fielding's Bridget Jones, as one of her favourite all-time heroines. Think about it: Bridget's unique combination of ambition and delusion made her an icon. I think it's Becky's turn.

Maggie Wrobel is an editor with Globe Arts. 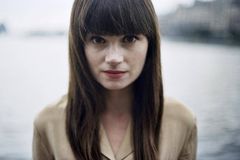 British editor will no longer review children's books marketed toward one gender
March 17, 2014 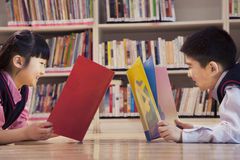 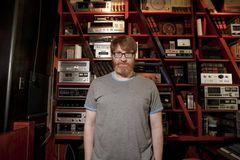