To the iconographic pantheon documenting America's ceaseless war with itself surely belongs the image of Bree Newsome, high atop the mast outside the South Carolina State House, tearing down the symbol of the failed Confederacy.

In the middle of June, 2015, a white supremacist named Dylann Roof walked into the Emanuel African Methodist Episcopal Church in Charleston, S.C., and slaughtered nine congregants, all of them black. Roof himself said he chose the church with the explicit intent of killing black civilians in a location symbolic of American racism and segregation. For all the evil implicit in the killer's calculus, such beliefs are neither anomalous nor ahistorical in a country where an entire region once threatened to secede rather than admit the basic humanity of those not born white.

It was then unsurprising that, following the slaughter, so much public attention turned to a simple question: Why did the Confederate flag, synonymous with the slavery-era U.S. South's ironclad belief that black bodies constitute nothing more than white property, still fly outside the seat of government in the very state where the mass murder took place? Under immense pressure, and thanks to the activism of Newsome and many others, the Governor conceded and the Confederate flag came down from its place outside the State House and other government monuments.

But another question went unanswered. Even ignoring the virulent racism on which the Confederacy based its decision to secede from the United States a century and a half ago – a necessary prerequisite if one is to accept the claim that supporters of the Confederate flag see it as a marker of heritage, not hate – the fact remains that, quite simply, the South lost the war. Why was its flag's presence on the victor's soil – something many Southern leaders didn't seem particularly concerned with until the emergence of the civil-rights movement in the 1960s – acceptable? Why pay respect to the flag of the side that lost?

The answer is at once simple and maddeningly complex: The Confederacy didn't lose a battle of strangers, but a battle of kin. Such are the grotesque mechanics of civil war.

The question of what exactly constitutes such conflicts occupies the bulk of David Armitage's magisterial, concise and immaculately sourced new book, Civil Wars: A History in Ideas. A Harvard historian with an excellent track record of incisive historical autopsies, Armitage frames his latest work as an attempt to trace the ideological roots of modern civil warfare. But Civil Wars reads more as an assessment of humanity's collective failure to prevent or even properly define what has become its most common form of armed conflict. So obscured by political machinations and philosophical disagreement is the very concept of civil war that, upon finishing Armitage's book, one is left with no definition more adequate than the Victor Hugo epigraph with which the book begins: "Is not every war between men, war between brothers?"

Armitage's search begins in ancient Rome, an empire whose mythological founding story is an act of literal fratricide. It is here where many of the beliefs that have long framed discussion about civil war first come to light, chief among them the root of the word "civil" itself: Citizen – the idea that a civil war is a war fought among people who maintain some sense of ownership over the story of their tribe, country or empire.

Yet, what is most instructive in Armitage's telling of Rome's experience with civil war is not terminology, but pattern. Civil war repeatedly takes shape as an extreme but logical extrapolation of polarized politics, the moment when the national narrative becomes so fractured that communication seems helpless to bridge the gap between wholly divergent world views, and swords take the place of speeches. The moment that seems to doom the empire arrives long before the armies finally meet, when citizens find themselves adherent to a set of fundamentally opposed narratives about the place in which they live.

As Armitage moves ahead to consider the concept of civil war during the early modern age, particularly in Europe, the causes and definitions change but the patterns do not. With the birth of the modern nation-state, Armitage tracks an explosion of conflicting opinions over what can be properly termed a civil war. Must it be contained within sovereign borders? Does a revolution by which the masses overthrow an unjust system of rule count?

Armitage details a host of attempts by researchers to come up with an empirical definition of civil war based on, for example, a minimum number of annual deaths and a minimum percentage of total deaths inflicted by the rebelling side. Another such attempt stipulates, among other things, that each side in a civil war must also run a functioning government – a definition that would exclude almost all the bloodiest civil conflicts of the past century.

So what is it then, this particularly human brand of killing? Armitage finds no universal definition – not because of a failure of scholarship, but because no such definition exists. Instead, one comes away from Civil Wars with a sense that the only constant is a mirror between combatants – a sense that in the faces, ideologies and souls of the people they are sworn to kill, the killers can't help but see a little of themselves. It is only this mirroring that explains why, once undertaken, civil wars often prove to be so vicious – or why, when Japan is (symbolically) prohibited from maintaining a standing army and the German criminal code prohibits the public display of almost all Third Reich imagery, the Confederate flag still flies so freely throughout a country its bearers once tried to dismantle.

Perhaps a definition of civil war concerns not the precipitating effects or methods of combat but the outcomes. If such conflicts represent a battle for supremacy between two very different stories, both describing the same shared reality, then it seems there exists only two possible endings: either the destruction of one story (and, potentially, that story's adherents); or, as in the case of the United States, an unsuccessful attempt to form a peaceful co-existence between both narratives.

Several of the philosophers quoted in Armitage's book consider the idea that a civil war might actually have a positive effect, helping "remove a gangrenous limb" from the political discourse. But there is precious little evidence that human beings make for skilled geopolitical surgeons. Indeed, what one finds in this analogous state is a long and bloody history of diseased limbs either left in place to slowly poison the body, or instead butchered with a hacksaw, the victim left to bleed out. One may look to the U.S. Civil War for an attempt at the former, and the Sri Lankan Civil War for an attempt at the latter.

It is likely as a result of the book's morbid itinerary of conflict that Armitage feels the need to reassure readers of his belief that civil war is not necessarily an inevitable feature of human society – that, in his words, "what intellectual will has enshrined, an equal effort of imaginative determination can dethrone." But little in his book supports such optimism. Instead, the history of modern conflict is littered with wars either ended with bloody, sometimes genocidal decisiveness, or left to fester, the vanquished allowed to escape with their stories unrefuted and so ever threatening to prompt more bloodshed.

Last month, a strange thing happened in South Carolina, just a few days after a judge sentenced Roof to death in Charleston. Quietly, and with little fanfare, a Confederate flag that had been lowered from a South Carolina state memorial in the wake of the killings was raised once more. 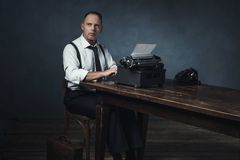