This is not so much a review as an apologia.

Firstly, apologies to the reader for the awkwardly personal nature of what follows, but I feel gutted by this biography in ways I expected and didn't expect.

I was too young for Lennon, too old for Cobain, so American author David Foster Wallace's suicide on Sept. 12, 2008, was my "where-were-you-when?" moment. And, as with the two generation-defining musicians, it was a shared experience.

"Deeply deeply awful, and yes I'm grieving," I wrote in response to a friend, one in a series of condolence calls and e-mails that churned back and forth. "Found out unceremoniously Sat. while scrolling for something on-line and heart almost stopped for a few seconds." To someone close to DFW, whom I'd never met in person: "I have been moving about with a dark cloud over my head since the last Saturday. I am mourning as deeply as one can mourn a person they never met."

I can best respond to the DFW narrative as a writer. He was a profound inspiration – a writer, even the writer, who ripped a hole in the sky and told me there was farther, much farther one could take this thing called fiction.

An Olympian of the written word, ever higher, faster, stronger (or longer, denser, stranger), he redefined the American short story (Girl with Curious Hair, Brief Interviews with Hideous Men), the novel (Infinite Jest) and the long-form magazine essay (A Supposedly Fun Thing I'll Never Do Again). Heir to Laurence Sterne, he gave the literary footnote back its mojo, revelled in and later tried to euthanize postmodernism, made virtuosic use of the recursive sentence (his "real innovation," according to novelist Zadie Smith), and made a literary quality of exhaustive sincerity.

Wallace threw down the gauntlet with his verdict that "American fiction was not in just an aesthetic crisis, but a moral one," D.T. Max writes in his biography of the writer. "In Infinite Jest, Wallace was proposing to wash Pynchonian excess in the chilling waters of DeLillo's prose and then heat it up again in Dostoyevsky's redemptive fire."

He was so successful, Max writes, that the voice of "earnest authenticity" DFW pioneered had by 2001 spread kudzu-like through American literary culture and was even co-opted by advertisers.

The sorrowful months leading up to DFW's suicide have been widely covered. But the minutiae of his decades-long battle with serious depression, anxiety and addictions, the tortured dichotomy of writing while making a living teaching writing, and his fraught relationships with women, including his mother, make this book read, at times, like one big open wound. "Please don't give up on me," Wallace wrote his agent in the spring of 1991, following rehab for substance abuse, several months before yet another hospitalization for suicidal depression. "I will be a fiction writer again or die trying."

For those only glancingly familiar with Wallace, Max elucidates how his writing and perceived honesty are/were loved so intensely by his fans. He made us feel less alone. We thought he knew us, and we him.

And so, apologies to Jonathan Franzen, whom I derided in these pages last spring for this dig at his late friend in a new essay collection, Farther Away: "I will pass over the question of how such a beautiful human being had come by such vividly intimate knowledge of the thoughts of hideous men."

I accused the author of Freedom of personal and professional jealousy, but now I'm the one who stands bare-faced and accused. "The people who knew David least well," as Franzen wrote, "are most likely to speak of him in saintly terms."

The DFW of Max's biography is hugely ambitious, competitive and emotionally volatile (during a tumultuous relationship with poet and memoirist Mary Karr, he tried to push her out of a moving car, and another time threw a coffee table at her; he also attempted to buy a gun to kill Karr's husband), vindictive (his famous story, The Depressed Person, was evidently "revenge fiction" aimed at memoirist Elizabeth Wurtzel), a manipulative user and a sucker for sdmiring women – a serial monogamist, when not seriously promiscuous, who had no compunction sleeping with his students. Impetuously careless with love, by the time he met his now-widow, artist Karen Green, he had been engaged at least three times. I think. I lost count.

Finally, apologies to David Foster Wallace. For not really getting the hideous men. For clinging to the idea/l of him as some kind of secular saint. And for being dismayed by Wallace the man while reading this first biography, clinging to the Cartesian rift, loving the mind and spirit without regard for the attendant body.

DFW strove through his writing to show "what it is to be a … human being," and while doing so was one – with all the fragility, conflictedness, passions, hypocrisies and secrets human beings are punctured with through and through. Our crown of thorns.

As its subtitle implies, A Life of David Foster Wallace is not definitive. But it is redefining. And, blessedly, the even-handed and thorough Max doesn't romanticize Wallace's mental illness as the source of his genius or ascribe to the commonplace that grappling with the posthumously published The Pale King killed him.

In his 2003 book on infinity, Everything and More, Wallace wrote that while modern medicine indicates 19th-century mathematician Georg Cantor was bipolar, "this makes for less interesting flap copy than Genius Driven Mad by Attempts to Grapple With [Infinity]. The truth, though, is that Cantor's work and its context are so totally interesting and beautiful that there's no need for breathless Prometheusizing of the poor guy's life. … Saying that [infinity] drove Cantor mad is sort of like mourning St. George's loss to the dragon: It's not only wrong, but insulting."

DFW's take on late-20th-and early-21st-century reality, so totally interesting and beautiful, is what his readers are left with, while those who really knew him continue to pick up the pieces.

Contributing reviewer Zsuzsi Gartner's two story collections, Better Living Through Plastic Explosives and All the Anxious Girls on Earth, have recently been published in paperback. 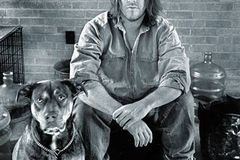 Review: Although of Course You End Up Becoming Yourself, by David Lipsky
April 16, 2010 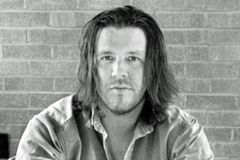