I finished David Gilmour's Extraordinary, his eighth novel and ninth book, pretty much in one sitting, which is partly a function of its shortness, but also of its effortless narrative drive and laid-back readability, and because its central character is one of the most interesting and entertaining fictional women I've encountered in a while. (The latter is a bit of a surprise, considering Gilmour's reputation as a man's writer whose women characters usually function as foils, often sexual foils, for the men.)

The unnamed narrator – late in the book, his niece calls him "Uncle M.," so let's call him M. – has agreed to help his 15-years-older, wheelchair-bound half-sister commit suicide. He goes to her apartment on the night she has chosen, and the two of them drink, listen to music and chat, exchanging reminiscences, discussing disappointments and revealing long-held wishes and desires. M.'s sister, Sally, does most of the talking and proves to be an excellent storyteller, and the night of her passing is neither dreary nor sentimental.

It's worth remarking that I went into this book expecting, among other things, a discussion of the ethics, legality and social ramifications of assisted suicide. There is none of that. Sally, at 49 and discouraged by a life in which "All this [her body] has become less and less manageable," has, long before, asked M. to help her kill herself, and M. has promised to do it. Sally's imminent death lends their all-night tête-à-tête poignancy and urgency, but there is no ambivalence: As likeable as Sally is, as much as we'd like her to change her mind, her death is a foregone conclusion.

Prompted by M.'s questions and comments, and by his martinis, Sally discusses her early childhood, adolescence, marriage, love affairs, divorce and children. And, of course, the fall that paralyzed her legs. M., who feels guilty about how far apart he's let the two of them drift – partly because of the difference in their ages, partly because of his own narcissism – had been especially neglectful since the fall. Is that why she chose him for the task? Not really, she says. There is no one else she could ask to do it.

Sally is a remarkable character, articulate, insightful and drolly funny, and she has led an eventful life, a life that brings to mind Alice Munro's small-town Ontario women. She dates, marries a slightly unsuitable man, has two children – one who goes bad and one who ends up all right – and finally, after 16 years, leaves her husband, gets a job, takes a (married) lover and begins a successful career as an artist. She is happier than she's ever been. "It was a period in my life where I couldn't seem to do anything wrong," she tells M.

Of course, things do eventually go wrong. She and her daughter, Chloe, move to San Miguel de Allende, in central Mexico, joining an artistic colony of North Americans and Europeans, and Sally begins a serious pursuit of a career as an artist. Within weeks, however, she trips over a rug at a party, hits her head on the fireplace and breaks her neck.

M., for all that he's mostly listening, emerges as a substantial character, complete with a misspent youth, a brother he idolized, and an up-and-down adulthood. And he's the perfect listener for Sally's wide-ranging recollections, asking the right questions and giving the right responses and, occasionally, a bit of reassurance that he'll follow through on his promise.

The book is full of knife-sharp similes and metaphors, which Gilmour insinuates into his deceptively casual prose. Reflecting on the length of time Sally waited to leave her husband, M. thinks: "It may have taken her a while to get there, but when she did, my goodness, she acted with the efficiency of a guillotine." Later, he contemplates "the brutal hangover that was coming up behind me like a silent train." These are images that stick with you.

Toward the end of the novel, the discussion comes around to their children, their siblings and their own half-sibling relationship, further enriching the over-all portrait. Particularly moving, and sad, is the life of Sally's son, Kyle, the apple of her eye, a charming liar, a drug addict and a petty thief, who comes to a bad end.

Also later, M. takes the conversational lead for a while; Sally has been estranged from Chloe, so it falls to him to tell her about her daughter's loves and life in university and later in California -- another moving story, but one with a happier ending.

Of course, the novel itself ends where it must: with Sally's peaceful passing. " 'Goodbye, Sally,' I said, 'goodbye,' and then I went down the back stairs and went home."

Jack Kirchhoff is a writer and editor in Toronto.

The Perfect Order of Things, by David Gilmour
May 3, 2018 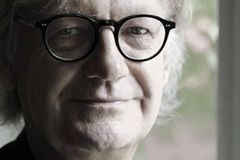 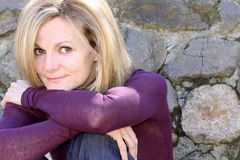 Book Review
Memoir of brother’s death captures the work of mourning
May 11, 2018 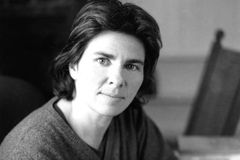