"One should never take another truth as one's own," says Walter Moody, one of the 20 central characters in Eleanor Catton's The Luminaries, a current front-runner for the 2013 Booker Prize. Collectivity and connection (or, as per the novel's 19th-century syntax, "connexion") are central to this intricately plotted, cleverly structured 848-page page-turner, which unravels the tangle of events – a prostitute's suicide attempt, the death of a recluse and the disappearance of a wealthy idealist – that transpire on a single day during New Zealand's West Coast Gold Rush of the mid-1860s.

As per Moody's advice, instead of a singular, subjective perspective, the novel's 400-page opening scene pinwheels through a dozen characters' versions of and insights into the events in question. Each of these men personifies a symbol of the zodiac, and the novel itself is structured on lunar phases, with subsequent sections waning in length until, ultimately, the book closes in darkness on "a month with no moon."

This astral architecture is among a few slight postmodern touches in Catton's pastiche of a Victorian "sensation novel." The staging is theatrical, the omniscient voice note-perfect: "We shall here … impose a regimental order upon the impatient chronicle of the shipping agent's roving mind; we shall apply our own mortar to the cracks and chinks of earthly recollection, and resurrect as new the edifice that, in solitary memory, exists only as a ruin." Yet this is a parody as well, albeit a gentle one. Various other genres are suggested – the western, detective fiction, ghost stories – and upended, as Catton dangles plot threads only to whisk them away. The effect, by the end of the novel, is one of ephemerality, and the novel's mysteries are deepened rather than solved.

Catton's deft parodic hand is at work in her characterizations, too. Beyond the Scotsman Moody, the commonwealth of nationalities and types who inhabit The Luminaries are all introduced with an obligatory, almost taxonomical paragraph of physical description. The prostitute Anna Wetherell has a "countenance" – naturally – "made up of angles. Her brow was very straight and her chin was pointed. Her nose was narrow. … She was thin-lipped." Nearly 600 pages later comes the wink: "She had the inconsolable sense that there was something visible about her own character that she herself could not see."

The narration expresses similar knowingness, steamrolling through coincidence after coincidence and taking the sorts of liberties common (in this century, at least) to commercial fiction: Mid-scene, characters repeatedly – and conveniently – choose to remember everything in their lives pertinent to the current moment. Yet this device, which risks contrivance, Catton renders with admirable grace and, above all, control. Her authority and verve are so impressive that she can seemingly take us anywhere; each time, we trust her to lead us back. It's also simply refreshing to read a young novelist who not only avoids current trends in fiction, but writes about something other than herself.

There is much to admire about this book: Despite its length, there isn't a sentence that feels weak or lazy, and by all objective criteria The Luminaries is a remarkable accomplishment. And yet. While Catton has instructed us to doubt subjectivity when it comes to the grand narratives of history (or has she?), one's experience of a book is not an exercise in neutrality; reading is a private activity and our personal, emotional responses as readers are valid, if not paramount, to talking about books.

So I feel obliged to admit that while I admired The Luminaries, and Eleanor Catton clearly possesses enviable talent and intelligence, the novel did not move me in the ways I'd hoped it might. The books of similar length and scope (Brothers Karamazov, Moby-Dick and, among contemporary examples, Roberto Bolaño's 2666) and works of Victorian literature (the Brontës, in particular) that have most deeply infiltrated my thinking are often flawed and raw, with raggedy edges that excite the imagination. Scenes from these novels reside alongside my own memories, and I recall their characters as I might old friends – or enemies.

Perhaps it seems unfair to compare a 27-year-old's second book with some of the totems of literature, but what I like most about these novels are their imperfections. In 2666, Bolaño champions "the great, imperfect, torrential works, books that blaze paths into the unknown, [that] struggle against that something, that something that terrifies us all, that something that cows us and spurs us on, amid blood and mortal wounds and stench." For a story set amid the muck and squalor of 19th-century prospecting, little about The Luminaries feels like it embodies any sort of struggle. The novel is so rigorously structured, so tightly controlled, that it never quite lived with me; I never once thought about it or its characters when I didn't have the book open before me, and I doubt, now, that I'll ever think about them again.

Considering the subject matter, I find this surprising. Catton has expressed her fondness for "box-set TV drama" and, along with the obvious literary touchstones, her novel also recalls HBO's terrific (and unfortunately short-lived) Black Hills gold rush series, Deadwood, which offers all the "mortal wounds and stench" one might expect of such wild, perilous times. Maybe what the novel lacks is a riveting, mercurial character such as that show's Al Swearengen – or Ahab, or Heathcliff, etc. – to discomfit the reader, so that we might feel the story spill out from its pages and into our own lives.

Instead, The Luminaries, while an undeniable achievement in many ways, feels a bit too safe and tidy, at least to me. But this is only my truth. Obviously, don't take it as your own.

Pasha Malla is the author of People Park. 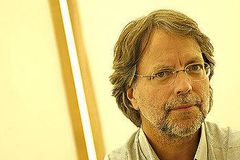 Book Review
Will Self’s new novel a demanding read, but well worth it
January 18, 2013 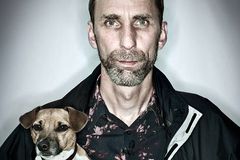 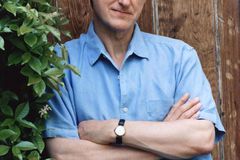