While reading Dan Vyleta's third novel, The Crooked Maid, I thought of Helma Sanders-Brahms's Germany, Pale Mother. The 1980 film recounts the effects of Nazism and the Second World War on her parents, Hans and Lene, as stand-ins for the German public at large. After learning to kill in battle, Hans returns to a defeated nation a violent and hardened man. Lene, meanwhile, had endured air raids, hunger and rape, all while toting a small child through Germany in search of safety.

Hans and Lene are unable to make love, and she says it will remain so until "we get used to each other." But there is no way to bridge the gap; they are radically different people than they were before the war. Hans's friend Ulrich, an early Nazi convert and quick postwar denouncer, drunkenly and optimistically predicts "We'll soon be someone again." Wrapped in the Nazi flag they didn't believe in, Hans and Lene had purpose. Now, they are lost.

The Crooked Maid explores similar themes in Austria. The novel begins with Anna Beer and Robert Seigel meeting on a train that haltingly makes its way to Vienna in 1948. Both have been away from the city for a good part of the war and early reconstruction.

Vienna has become an uncanny city, where Anna and Robert know the streets but the markers along the way have changed: buildings remain standing but are missing walls; a "familiar park … now lay denuded of trees." More subtly, the occupants of some dwellings have changed.

Robert, the novel's impossibly innocent and accepting young hero figure, is back from boarding school in Switzerland. His home is now a ruined mansion, inhabited only by women: his mother, his stepsister-in-law and the maid. A spectre hangs over the house, physically as the mysterious vagrant in a red scarf who watches the family, and metaphorically in the conditions that made the Seigels' wealth possible. The titular crooked maid, Eva, skulks about her attic room with a murder of tamed crows for company.

Anna Beer returns to Vienna after several years in Paris. In the apartment she shared with her husband, she discovers fresh blood on the wall. Her husband is missing, and a giant stranger has keys to the place.

There are several mysteries to be solved: Who is the man in the red scarf; where is Anna's husband, Anton; did Robert's stepbrother Wolfgang Seidel really kill his father? Despite the questions, The Crooked Maid doesn't read as a conventional thriller. Instead, Vyleta crafts a subtle Gothic unease. For example, he describes bodies as being cut in half, visually, by picture frames, collars and trap doors. The novel is a taut psychological horror story, with shades of Shirley Jackson.

The Crooked Maid – like Germany, Pale Mother – examines identity in the aftermath of large-scale, national trauma. The Austrians didn't just lose the war, but did so as a shadow puppet of Germany. As Vyleta says in his acknowledgments, the novel takes place in a country trying to identify itself as coerced into a relationship with Nazi Germany, "rather than its willing bride."

Wolfgang, a former Gestapo interrogator described as no more or less vicious than any other, speaks to Robert of acclimation to violence in the parable of a fishing trip: "I remember you didn't like it at first. You may have even cried. But after a while … you got to be pretty good at it. … The blood didn't bother you at all." Austrian men became Nazis, went off to war, became brutal, and those who returned were expected to de-Nazify in quick order. Others, like Anton Beer, wound up in Russian PoW camps, where they were required to take on a yet another set of ideologies, an extra layer of self-identification to scrub away later. For many, it is simply too much to bear. Anna has noticed "shabby, lost men … looking at me with vacant eyes," haunting the city.

The women are changed too. Robert's mother, for example, had "learned Nazism the way one learns any language: through constant repetition. It had felt good, for once, to be certain, on the side of the winners: a lifetime of anxiety take off her shoulders. Of course, by then she'd become rich." It is not uncommon to take an offer of a better life in exchange for human decency.

Lest one think political machinations are solely responsible for human cruelty, Eva, the maid, recalls her days in an orphanage, where she was picked on until she became big and strong enough to fight. While she was angry with authority figures, she never considered striking back at them. She only thought of hurting those weaker than she, an unfair fight, assured victory. The Crooked Maid shows the possibility of horror in us all.

Heather Cromarty is a reviewer and critic in Toronto. 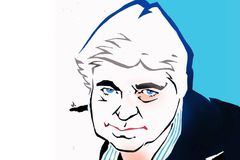 Book Review
The Bone Season: Is there life after the hype for this young author?
August 23, 2013 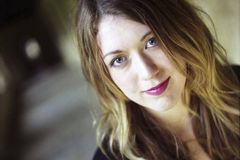 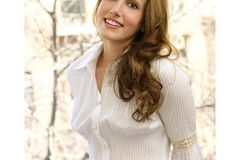