Pakistani novelist Mohsin Hamid's previous two novels were artful award-winners. His first, Moth Smoke , won the Betty Trask Award and was a finalist for the PEN/Hemingway Foundation Award, and his second, The Reluctant Fundamentalist , a monologue delivered by a young Princeton-educated Pakistani, was shortlisted for the Man Booker Prize. It was a suspenseful, post-9/11 meditation as well as an intricate exploration of identity, and it gave evidence of Hamid's virtuosity.

His new novel, a dark Horatio Alger-style story, follows an unnamed protagonist-hero through eight decades as he journeys from an impoverished village (also unnamed, but obviously in Pakistan) to a sprawling city, acquires an education, makes and then loses a fortune in bottled water, and is seduced by a pretty girl who runs away with another man the next day. She remains his romantic ideal for her defiantly liberated sense of being, even as he marries another woman, becomes a father, loses his parents, sister and brother, and ultimately loses his wife as well to another man.

What could have been a Bildungsroman with a melancholy tone is turned into a satire within the frame of a self-help book – rather like one by the late Dale Carnegie – and the resulting style is more alienating than it should be for the story's good. Hamid flouts realism's conventions by choosing chapter headings that are clearly motivational or pragmatic: "Move To The City," "Get An Education," "Don't Fall In Love," "Avoid Idealists," "Learn From A Master," etc. The narrator mostly uses the second-person address , where "You" has to take shape and substance in an audacious challenge to the genre of realistic fiction because the narrator speaks in the fashion of a motivational speaker. Using Asia as his touchstone for new economic fortunes in a new world order, Hamid subtly evokes how globalization is really a form of neo-colonialization where the demands for economic success based on the American model can have frenetic, violent, and nasty consequences.

Hamid evokes a sickly boy who lives with his family in a single room where food is prepared over a fire and water drunk from an open sewer. The protagonist escapes this life by moving to the city, but details are short and lacking in ambience. Although Hamid is often ironical, his writing is more glancing than vivid. He sketches, for instance, a metropolis that is a "most unequal city" where rich and poor are swept together in "a rising tide of frustration and anger and violence." The boy is smart enough to shine at school and earn money by delivering counterfeit DVDs, "non-expired-labelled expired goods," and then bottled (only sometimes filtered) water. True, the author creates a sense of urban corruption with politicians behaving like criminals, assassins riding motorcycles, and terrorists' bombs exploding lives and homes arbitrarily. But the protagonist, who moves through adolescence, youth, middle age and finally old age, never despairs but retains his ambition to be rich and pursue the pretty girl, the princesse lointaine of his ardour.

That, at least, is how the story is supposed to play out, but it doesn't. In conceiving of his novel as a dance between writer and reader – a common practice among novelists – Hamid misses the music and virtually cramps the rhythm. The author never allows the reader to be fully engaged with his characters : "We're all information, all of us," he writes, "whether readers or writers, you or I. The DNA in our cells, the bioelectric currents in our nerves, the chemical emotions in our brains, the configurations of atoms within us and of subatomic particles within them, the galaxies and whirling constellations we perceive not only when looking outward but also when looking in, it's all, every last bit and byte of it, information." This is an example of Hamid's programmatic writing – a style that fails to provide a deep channel for emotional connection to characters or situations. Hamid's habit of starting with a premise for each chapter and then arguing it briefly before applying the premise to the narrative becomes irritating, even when ironic. The romantic element is diluted because the intersection of the pretty girl and the protagonist is sporadic rather than anchored in the plot. In fact, the plot nullifies any sense of depth or struggle, and without these aspects, the novel feels inadequate. Aware that "The idea of self-help in the land of self-help is a slippery one," the novel slips and falls by its own devices.

Keith Garebian has been nominated for the 2013 Mississauga Arts Award for Writing.

In Pakistan, a national literature struggles to be born
May 8, 2018 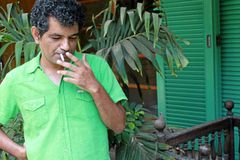 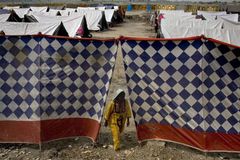