A review is for the reader, not for the author and his or her friends and family. But there's a distinct delicacy to assessing a text written by someone recently deceased, particularly in a newspaper from his hometown (Toronto, though he'd long ago metamorphosed into a quintessential New Yorker), and especially when he died much too early (at 47), and emphatically when he was as widely beloved as the late David Rakoff. Right now it would be impossible or at least indecent to judge his posthumously published novel, which he strained to complete while he still could, with critical impersonality and so-called objectivity. So permit me to be more candid.

The first anniversary of Rakoff's death by cancer is two weeks from now. I spent much of last August regretting that we never met. Viewing a Tumblr site online featuring the handmade boxes, duct-taped wallets, painted dishes, sculpted pigs and other treasures he'd crafted for his intimates, I selfishly wished I had earned the privilege of receiving one, but mostly was astonished that he was able to create such beauty with his hands the same way he had with his words and with his voice.

I'd admired his essays in collections such as Fraud and Don't Get Too Comfortable, which recount his misadventures at socialist-Zionist summer camps or working temp jobs in Tokyo, or stunts such as impersonating Sigmund Freud in the window of Barney's department store (he was the son of two prominent Toronto psychiatrists) or, frequently, fish-out-of-water excursions as a gay, Jewish urbanite in WASPy outdoors getaways. He seldom tried my patience like most comic writers, including his fellow This American Life star David Sedaris (whose stories, granted, might be funnier), because Rakoff's pieces always pivoted from dirty jokes to sharp, compassionate observations of the general human state. Not many artists manage to be at once hilariously sardonic and morally serious.

Tongue only half in nationalistic cheek, I attributed this quality in part to his being Canadian. As he wrote in an endearingly conflicted essay about getting his green card after many years residing in Manhattan: "We are stealth aliens, like the Communists in the propaganda films of the 1950s, using our outward similarities to infiltrate American culture and do it one better. Canadians have been ironically redefining the very essence of the American media for decades." Add the pungency of camp aesthetics and the philosophical ambivalence and earthy humour of Jewish intellectual traditions, incubate in a psychoanalytic playroom, and you have quite an array of outsider insights.

And then there was his physical voice. It is hard to accept that we won't hear more of that timbre, so familiar from his dozens of appearances on the U.S. public-radio show This American Life, a melodious tenor that perched en pointe between arch excoriation and melancholy tenderness. I think Rakoff must have considered that when he chose to devote his dwindling energies not to summing up his final thoughts in essayistic prose, but to composing a novel in that ages-old container of the oral tradition – verse. What's more, with a characteristic touch of perversity, in rhyming couplets.

As I read Love, Dishonor, Marry, Die, Cherish, Perish, I mentally heard each line sounded out in Rakoff's tones. Other readers may not have his cadences so committed to memory, but I bet they will feel compelled to read many passages aloud. That urge feels a little embarrassing, kind of childish and vulnerable, which is precisely the ambition of this bravura exercise: to take the risk of dancing on the thin membrane between satire and sobriety, between literature and doggerel, in hopes of breaking through to the nakedly sad and ridiculous truth of what living is like. And yes, dying too.

To get there the novel offers a series of interconnected characters, from the early twentieth century to contemporary America and from Midwest to west coast and inevitably back to the east. Some stories span lifetimes and others are more anecdotal; some are violent and grim, others ribald and initially lighter – portraits of places and social mores as well as of individuals. The linkages are sometimes subtle enough to demand re-reading and perhaps a diagram. There's want and abuse amid the stockyards of old Chicago; an artistic kid and his family in hardscrabble midcentury Burbank, Calif.; a deceived secretary at a catty office Christmas party in Mad Men-era Manhattan; gay San Francisco from its hippie demi-monde heyday through the early AIDS crisis; the quarterlife angst of 1980s liberal-arts grads; decadent 1990s Upper East Side yuppies whose schemes slowly curdle; a grandmother afflicted with both dementia and uncaring relatives; and mystical middle-aged Jewish converts. Some figures turn up in more than one scenario while others but flash into view.

The most consistent presence is the one most evocative of the author, the sparkling Clifford, whom we follow from unsettled childhood to sexual and artistic self-realization to (N.B.: skip to the next paragraph if you'd prefer not to know) a brutally unfair end. It's here, for example, that Rakoff describes, with the exacting ruefulness of experience, the way that terminal illness, in obscene contrast to its true significance, shrinks days to petty routines of pills, Kleenex, sweaters, and small, difficult errands: " 'Make sure,' 'be prepared,' plan out every endeavor/ Like a scout on the stupidest camping trip ever./ The facts were now harder, reality colder/ His parasol no match for that falling boulder./ And so the concern with the trivial issues:/ Slippers nearby and the proximate tissues."

But Rakoff is equally able to bring to life people less like himself, at least within the social strata he felt competent to sketch (diverse in class, gender, faith and sexuality; racially, not so much). The book's prismatic structure allows sympathies to shift along with points of view, so a greedy lawyer turns out to be a loyal son, an unscrupulous lover's sentimental side is revealed, and a materialistic narcissist develops into an eccentric seeker. The rhythms may be Ogden Nash but the democratic expansiveness is Walt Whitman "singing America," though in a minor key, as Rakoff surveys his adopted and often maladapted homeland. The tales don't have happy endings – because, as Rakoff was all too aware, whose does? – but they extend into other stories, leave traces and set events in motion. Kindnesses and cruelties reverberate, which is some justice, some consolation. E.M. Forster's "only connect" is both Rakoff's artistic credo here and his humanitarian imperative.

He articulates it most openly, deliciously enough, in an awkward toast delivered by a guest who ought not to be at a particular wedding in the first place. As the speaker flails about to explain why he's just related (in verse) a fable about a tortoise and a scorpion's ill-fated trip across a river, inspiration strikes: "I think what it means is that central to living/ A life that is good is a life that's forgiving./ We're creatures of contact, regardless of whether/ To kiss or to wound, we still must come together." A second later, the muse escapes him and it all goes pear-shaped, but by his own precepts, that doesn't negate the effort.

I worry that excerpting these short passages violates the book, in which such apercus arise unexpectedly amidst fast-flowing plot turns, emotional tumult and keenly eyed fashions and scenery. Immersion, I think, is what transforms Rakoff's potentially off-putting gimmick into an addictive one. The perpetual deftness of the verse is impressive – I often shook my head at the cleverness of certain rhymes – but it's only one part of the orchestration. And unsurprisingly it's uneven. I was left unsure, for instance, whether the enjambments (lines breaking partway through phrases) were always for artistic effect or sometimes just resorted to. One also has to overlook clunky grammar and syntax now and then.

There are parallel questions about the whole novel: While its technical achievements are immediately phenomenal, might it have gone deeper as fiction if it had been in prose? Or by narrowing its historical scope, with all its moving parts? It feels too soon to say, when Rakoff's death is fresh and so is the book's novelty. My guess, though, is that its marriages of light form and dark matter, of epic and miniature, are essential to what it has to say, and to Rakoff's sensibility. If it dashes always toward the precipice of failure, that might be integral to the experience.

Unfortunately I can't be as generous about the design of this edition. Bound between glossy semi-flexible covers that make it seem like it might fall apart, the text is broken up throughout with full-colour illustrations of the characters by the Canadian graphic novelist Seth. Though I understand the impulse – Seth's own work is often stylized historical fiction – the pictures betray the words for me in two ways: Firstly they usurp my right to imagine the characters' looks in my own way, and Rakoff's visual cues are so abundant that this is no minor matter; secondly their cartoonishness undermines the book's precarious tension between comedy and realism. The final drawing, of an image crucial to the whole arc of the story, makes me wince. The overall overdoneness feels like all parties were trying too hard – "let's do it for David" – and inadvertently did him a disservice.

Still, Rakoff would bless good intentions gone wrong. For a book, after all, design's short, content long. If only mortality were so relenting, the best wouldn't die young, but there's no preventing it, so we make meaning out of imperfections, and how they allow us to find intersections, to care for the strangers we meet in the crowd. Tell them, "Hey, here's a book that you should read, out loud."

Carl Wilson is the author of Let's Talk About Love: A Journey to the End of Taste, which is being reissued in a new, expanded edition by Bloomsbury early in 2014. 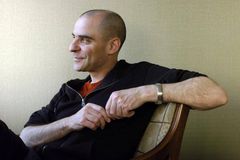 David Rakoff: A man who sensibly prepared for the worst
August 10, 2012 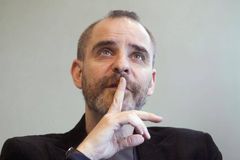 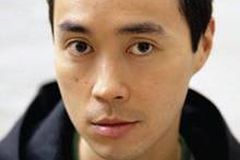