Science has almost always considered taste the bastard child of the sensory phenomena – too wily and unpredictable for serious inquiry, and not worth the trouble in any case. While the other senses underwent centuries of research, taste and flavour got casual disinterest and misinformation, largely: It took until 2006 for DNA findings to resoundingly disprove the old bitter-salty-sour-sweet tongue map that had been a foundation of flavour science since the Second World War.

Yet, in the past few decades, the field has exploded. With the rise of DNA sequencing and sophisticated brain scans, researchers have begun isolating taste receptors and mapping the neural architecture that translates the chemical signatures in a glass of lagrein or a bacon double cheeseburger into bliss and longing. And as John McQuaid writes in his thorough, fascinating survey, called Tasty: The Art and Science of What We Eat, the tongue is just the start.

In the past 10 years, researchers have discovered a "shadow system" of taste receptors, which span the body, and which science is only beginning to understand. "It starts in the mouth with a burst of deliciousness, then disappears in darkness down into the gut, and from there its hand reaches everywhere in the body. It is an infinite mesh of sensors furiously sending and receiving messages as the whole body marinates in the chemical flux of the world," McQuaid writes.

The field has advanced so far, so fast, that one company now tests potential new food additives on human taste receptors that it grows in petri dishes. (The company has done work for Pepsi, naturally.) "These can be dosed with new flavours, the subtleties and flaws of each gauged down to the molecular level," McQuaid writes. A vice-president at the company tells him: "We can identify when we have a flavour agent that has a bitter component to it, determine what bitter receptor it's acting on, and basically dial out the bitter off-taste."

Reading Tasty, you stumble across a passage like that every couple of pages; I struggled to decide at a few points whether I was more awed by the science that McQuaid so ably describes or terrified for the future of humankind.

Sure, taste is subjective: The way we perceive a food or drink is determined in large part by age, culture, geography, gender, upbringing, the mood we're in on a given day, and even the weight and colour of the utensil we eat from. But as McQuaid convincingly argues, the sense of taste also drove human evolution and the development of culture – a process, it seems clear, that's far from being complete.

His description of taste's evolution occupies the core of the book. It's framed through five (pre)historic meals and the increasingly advanced organisms that ate them.

The first of those meals is consumed 480 million years ago in what is now Mexico's Sonoran Desert, when an inch-long trilobite – "like a cross between a horseshoe crab and a centipede" – gobbles a worm it's found buried in the sand. (A record of that meal was discovered in 1982, fossilized into a slab of shale.) The trilobites were some of the first organisms with mouths, digestive tracts, rudimentary brains and the beginnings of a taste sense. "They used this fancy new equipment to hunt, to kill and to feed."

Next come jawless hagfish with their sense of smell and, with it, an anatomical precursor to the human cerebrum; and then, tiny protomammals that developed neocortices, which were a logbook of sorts for lived experience. "Flavours now made tightly-woven neural patterns of sensation, memory and behavioural strategy, constantly updated and moulded by new experiences."

McQuaid is a Pulitzer Prize-winning former reporter for New Orleans' Times-Picayune; one of his greatest abilities is to render complex timelines and ideas into engrossing narrative. A few hundred million years after those protomammals, a bone that prevented food smells from reaching up from the mouth into the nasal cavity disappeared in apes, and then humans' nasal passages grew shorter – a development that "supercharged our ancestors' ability to experience flavour."

McQuaid dives deep into fascinating micro-histories of sweet (and the inexorable human drive to obtain sugar), bitter, disgust (in one particularly memorable bit, Charles Darwin presents an African tribesman with a tin of preserved beef; the tribesman grimaces at the sight of the meat and Darwin grimaces at the tribesman's hygiene), and one of humanity's newest taste sensations, triple-suicide hot wings. "Over a few decades – a blink of the eye from the perspective of human evolution, and even culinary history – chili heat blazed from one side of the world to the other," he writes. (Related: There are spice receptors in the human colon. But you knew that already.)

It's this sort of ephemera that leavens what could easily have been a slog of a book; my seven-year-old spent much of this past weekend begging me to read him a few more pages.

I didn't know, for instance, that whales and dolphins, which evolved on land, lost their ability to taste sweet, bitter, umami and sour when they returned to the oceans; that cats are insensitive to sweet, or that the ability to supertaste, common in humans, "has been linked to diabetes, bad teeth, eye disease, schizophrenia, depression, gastrointestinal ulcers and cancer," as well as to garden-variety sinus infections. Some humans, meantime, are thousands of times less sensitive to the taste of fat than others; one theory suggests they're more likely to be obese.

If you like eating bread or drinking beer, you should thank a wasp. "Wasps are part of a global yeast transportation network," McQuaid writes. "DNA evidence linked baker's yeast at Italian vineyards to many places in Italy and beyond: breweries, palm-wine makers and bread ovens as far away as Africa."

Another bit of research McQuaid cites tracked howler monkeys in Panama that seek out and discern between fermented palm fruit, "sampling different fruits to find just the right degree of ripeness, the tastiest balance between the sweetness of the sugars and the pungency of the alcohol, as if at a wine tasting." That's not just some random finding; the research's resulting "drunken-monkey hypothesis" suggests that "a certain amount of alcohol in the diet is normal, and shaped human brains and metabolisms."

While Tasty thrives on the science of what we eat and how we perceive it, the book is not as strong on the art bit, which is promised in the title. McQuaid stops in on a few of the usual suspects: the chefs Ferran Adrià and David Chang; a culinary lab where Momofuku researchers are trying to harness the power of decay and umami in inventive new foods; a budding U.S. burger chain. It feels rote compared with the rest of the book, although I'm not sure that's all McQuaid's fault.

The field of taste science doesn't seem to much care these days about art or its seemingly random, unpredictable discoveries. "The new wave of culinary science aims to engineer deliciousness," McQuaid says.

That company with the petri-dish taste-testing is only a part of it; other entrepreneurs are turning to big data to find links between ingredients and hidden behavioural patterns, or breaking down foods into their component chemical signatures. One leading light in this field, a pharmaceutical engineer, "built a database and wrote algorithms that could identify shared aromatic compounds among the foods," McQuaid writes. Flavour is "driven more by forces outside kitchens than in them."

McQuaid doesn't take a stand on much of this; unlike Michael Moss's brilliant Salt Sugar Fat or Michael Pollan's Cooked, both of which also help to expose science's attempts to manipulate taste for the sake of commerce, McQuaid comes off as agnostic at best and, at worst, as a bit of a fan.

Still, he leaves it on a hopeful note, at least if you're a chef or artisan. There is time still for inspired, kitchen-based discovery; while the science of taste may be booming, the field still knows almost nothing.

"Neuroscientists can map firing neurons and hormonal signals, but these efforts amount to crude sketches," McQuaid writes, referring to functional magnetic resonance imaging. "The flickering images that fMRI scans associate with flavours, feelings and moods are just a transient scaffolding for systems of mind and action that scientists have only begun to glimpse."

Chris Nuttall-Smith is The Globe and Mail's dining critic. 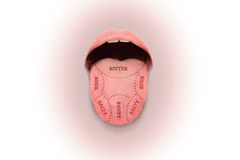