Jhumpa Lahiri's The Lowland begins with a description of a neighbourhood bordering a couple of acres of reclaimed swamp on the outskirts of Calcutta. The description is precise and spare, as though offering directions to a traveller. Lahiri foreshadows everything to come within the first brief paragraphs of her exacting and disturbing novel: "East of the Tolly Club, after Deshapran Sashmal Road splits in two, there is a small mosque. A turn leads to a quiet enclave. A warren of narrow lanes and modest middle-class homes. Once, within this enclave, there were two ponds, oblong, side by side. Behind them was a lowland spanning a few acres."

The Lowland is the story of two brothers, Subhash and Udayan Mitra, born just a little more than a year apart. From an early age, they look enough alike to be mistaken for each other. Like the twin ponds that flood each other's banks during the monsoon season to form one body of water over the lowlands, the brothers feel a sense of completion in each other's company. They are mirror images when they play chess, "one leg bent, the other splayed out, chins propped on their knees."

But as the brothers come of age in the unstable sixties in Calcutta, a Marxist rebellion draws Udayan from his studies, and eventually away from his brother. The narrow warrens of the neighbourhood become claustrophobic and menacing as curfews are imposed and the military routinely sweep for rebels.

The brothers' relationship irrevocably splits as they choose different roads. Udayan, motivated by a conviction that he must redress the injustices suffered by Indians less fortunate than himself, joins the radical Naxalites, a Maoist-influenced rebel group. Subhash, the more cautious of the two brothers, decides to pursue his scientific studies in the United States.

The flooded lowlands are covered with water hyacinth: "The floating weed grew aggressively. Its leaves caused the surface to appear solid." Much later in the novel, Udayan hides in this water, below the aggressive weeds, and under the illusory surface of leaves, when he is being hunted by the military for a killing.

Jhumpa Lahiri is a master of making the plainest language do double duty. What appears ordinary and unadorned begins to shimmer with menace as the story unfolds. Tiny details, such as the autumn egrets whose white feathers are darkened from the city's soot, and that wait motionless for their prey in the flooded lowlands, reverberate with some of the novel's themes: lost innocence, transformation and instinctive violence.

Everything here is meticulously foreshadowed, elegantly plotted. Lahiri switches point of view and employs flashback to weave a narrative that flows between India and the United States, and spans three generations of the Mitra family. There is a DeLilloesque concern with the charisma of terrorist groups, the chanting of empty slogans and manifestos, the emptying out of language and the giddy, unthinking violence it allows.

As with Chimamanda Ngozi Adichie's Americanah, a novel set both in Nigeria and the United States, Lahiri explores the lives of middle-class, educated immigrants coming to the United States to seek higher education. These are immigrants who are torn apart and haunted by the guilt of lost connections – family and lovers – in the country they have left behind. But The Lowland's perfectly torqued plot and deep sense of foreboding reminds me most of Kazuo Ishiguro's deceptively quiet style: A style that allows a complexity of character and the accumulative, sure building of unsentimental, emotional clout.

Udayan Mitra falls in love with a young student named Gauri as the Naxalite rebellion overtakes Calcutta. The Naxalites provoke university strikes, set bombs and orchestrate assassinations. In the midst of this unrest, Udayan flies in the face of convention by choosing his wife instead of submitting to an arranged marriage. The young couple move in with his disappointed parents and, by day, Udayan works as a schoolteacher. At night, he carries out subversive work for the Naxalites. Gauri is sympathetic to Udayan's political affiliations and the couple become embroiled in a plot to kill a police officer.

Halfway through The Lowland, Udayan is caught by the military and executed. Subhash returns to India to visit his grieving parents. In an unexpected but inevitable narrative turn, Subhash marries his brother's widow in order to rescue her from a smothering life with her in-laws. Gauri is pregnant with Udayan's child, and Subhash offers himself as a husband and father. The new couple return to the United States.

I realize this sounds like a spoiler, but these bare facts don't give away the essence of the novel. The fine delineation of the characters that build around these events forms the real plot here.

From this dramatic turn, Lahiri explores the repercussions of Udayan's engagement with the Naxalites. The impact of his death floods through the lives of his parents, his brother, his wife and daughter, withering and destroying everything with which he has come in contact.

In an masterful twist, Lahiri provides us, near the end of the novel, and long after he has been executed, Udayan's perspective as he hides under the hyacinth leaves in the flooded lowland, moments before his death. He is frightened and ashamed of the dangerous situation in which he has left his family. Brave and cowardly at once, more child than man, pitiable, and full of regret.

With The Lowland, Lahiri gives us a provoking and affecting meditation on family and loss, the idealism of youth and how it can be volatile, manipulated and ultimately crushed. 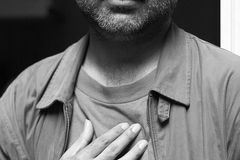 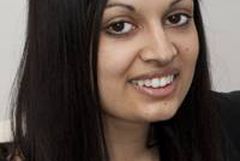 Shauna Singh Baldwin: ‘I’ve been a minority in three different countries’
May 8, 2018 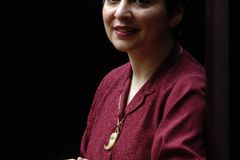