Expectations are soaring for J.K. Rowling's first adult novel. No wonder. The diminutive Harry Potter author has sold more than 450 million copies over her seven-book series about a bespectacled schoolboy wizard. A lot of people are going to be very disappointed in The Casual Vacancy, a hefty but leaden melodrama that compares unfavourably to the sex-and-betrayal bestsellers of British writer Joanna Trollope.

The Casual Vacancy begins with a death and ends with a funeral. In between is a mishmash of cardboard characters, a convoluted yet preposterous plot, cartoonish marital discord, paralyzing generational divides, transparent conspiracies, an epidemic of personality disorders, and stereotypical conflicts between the disadvantaged and their smug, upwardly mobile neighbours.

The novel opens with Barry Fairbrother (the characters' names flash like signposts). A likeable self-made man and father to four, Fairbrother has used his brains and grit to escape the deprivation of Fields, a working-class district tainting the edges of upscale Pagford. He gets along with friends and foes, occupies a key seat on the town council and has devoted himself to rescuing other underprivileged kids from addiction and crime. He's done wonders with Krystal Weedon – note the reference to urination – the scarcely literate daughter of a junkie prostitute. Under Fairbrother's gentle tutelage, Krystal leads the school rowing team to an underdog victory over the better-equipped private-school snobs on the other side of town.

Alas, Fairbrother drops dead of a cerebral aneurysm on his 20th wedding anniversary. His abrupt demise creates what's called "a casual vacancy" on the council, thus precipitating much of the ensuing action as characters align themselves with the forces of good (supporting a methadone clinic) and evil (redrawing the boundary of Pagford to maroon the needy folk in Fields).

Fairbrother's counterpart is Kay Bawden, a bizarre combination of diligent social worker and romantic ditz. Bawden has impulsively transferred from London in pursuit of the gormless Gavin Hughes, whom her teen daughter Gaia daughter aptly calls " a twat." Bawden is handed the Weedon case file, Gavin turns out to be one of dead Barry's closest friends, Gaia and Krystal become classmates, and another level of coincidence is injected into the plot.

Gaia, for all her well-aimed truculence, is beautiful and friendly to her new classmates, especially Sukhvinder Jawanda (the butt of jokes about body hair), Andrew Price (Peanut because of his nut allergy), Stuart Wall (Fats – he's actually skinny). Sukhvinder's mother is the local GP and a council member, Andrew's mother is a nurse at the hospital and Stuart's father is the deputy headmaster at the school they all attend. They are so embedded in each other's lives they make a Gordian knot look simple.

All the kids are in desperate conflict with their parents and it's no surprise: Sukhvinder's mother is cold and hyper-critical, Andrew's father is a bully who calls his acne-ridden son

Pizza Face, and Stuart's father is so OCD he can barely function. What's more, the kids all separately choose the same clunky revenge.

Despite these faults, the book comes alive in Krystal's love for her three-year-old brother Robbie. Desperate to keep her mother in rehab and ensure that Robbie won't be taken into care, Krystal assumes a burden no teenager should have to shoulder. Rowling's empathy for Krystal imbues her own writing with urgency and humanity. Tragically, the choices Krystal makes are ghastly.

Put your characters under stress is the advice aspiring novelists are always given, but in Rowling's oppressive authorial hand and frenetic pacing, the plot has been flatlined by coincidence and predictability. It might work if The Casual Vacancy were meant to be a French farce, but this is a serious social novel with a heartfelt prescriptive message. Rowling, after all, is the founder of Lumos, a charity that works to transform the lives of disadvantaged children. The Casual Vacancy will probably be a fundraiser for the cause, but that doesn't make it a good novel. 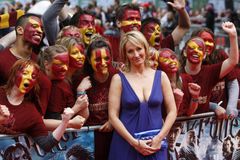 Book Review
'This novel doesn't even seem to be written by the same author': Potter fan
September 27, 2012 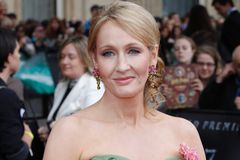