Title
Living with a Wild God: A Nonbeliever’s Search for the Truth About Everything
Author
Barbara Ehrenreich
Genre
Memoir
Publisher
Twelve
Pages
256
Price
$29

America is a country constantly in search of its own mythologies, whether on a national or individual scale. They – we – love the notion of transformation and redemption, preferably shot through with some mystical or spiritual significance. It's in the opera of Oprah, the redemptive arc of Eat, Pray, Love, the self-help books with titles like The Gifts of Imperfection and Choose Yourself! that, in 2014, hold a giant share of the market.

Yet one of the country's most admirable qualities has always been its ability to self-analyze – to tolerate, even encourage, dissent from within the ranks, and to dissemble these mythologies. In the 20th century, writers such as Studs Terkel, Alex Kotlowitz and Barbara Ehrenreich made a career of peeling back the country's Rockwellian façade to reveal racism, class inequality, bad government – the corrupt foundations on which a superpower is built.

In her 2001 book Nickel and Dimed, Ehrenreich spent months working, like many Americans, at minimum-wage jobs – waiting tables, working at Wal-Mart – trying, and failing, to get by. In 2010's Bright-Sided, she offered an excellent critique of America's obsession with "positive thinking," inspired by the pink-ribboned optimism foisted upon her following a diagnosis of breast cancer.

So it is something of a surprise to see the title of Ehrenreich's most recent book, a memoir called Living With a Wild God. The book seems to promise a new, inverse kind of revelation, of her spiritually driven transformation: Are we about to discover the secret all-American values that lurk beneath Ehrenreich's rabble-rousing façade?

And, in fact, Ehrenreich does begin to describe her upbringing in terms that would move talk-show coteries to tears: she is the observant child of frustrated blue-collar parents, each simmering with frustration and rage that would spill over into emotional and sometimes physical abuse (preteen Ehrenreich, cowering at the prospect of having to walk to the bathroom past a furious mother waiting up for her absent husband, chooses to wet the bed instead; she is punished with a sharp slap). But with flinty wit and no sentimentality, Ehrenreich dispatches with the narrative of victimhood. That is not the story she wishes to tell. The subtitle of her book is not "My Journey to Inner Peace," but "A Nonbeliever's Search for the Truth About Everything."

She has been compelled to revisit the story of her life by re-reading the diaries she kept in her teenage years. In one entry, young Ehrenreich wonders about the future self who is poring over her words, and exhorts this future self to consider what she has learned between then – 1958 – and now.

The young Ehrenreich was referring, in part, to a series of mental episodes she went through – and that would endure well into her adult life – that foretold either enlightenment or insanity.

Ehrenreich's teenage diaries are exceptionally probing and philosophical. Lacking the ability to connect with other human beings, she retreats into what she calls "solipsism," the idea that the only thing that's certain is one's own existence – not the existence of other people, and certainly not the existence of god. Eventually her furiously working brain boils dry and she is visited by the sudden sensation that the world is stripped of meaning; instead of existing in a matrix of history and significance, everything – every tree, teacup, building, even her own self – is pure object. The event lasts only minutes at a time, but recurs often and distressingly.

"How crazy was I?" she asks now of her younger self. "Over the years the question has arisen again and again, often taking on an edge of maternal concern." With hindsight, Ehrenreich supposes that, had she been born into a more religious upbringing, she would have identified her experiences as "divine." Instead, she beat back a secret fear of schizophrenia and rigorously applied herself to her physics PhD. But the exploration of the "crazy" question forms the kernel of this book: How does a non-believer process episodes of altered consciousness? Of what are religious ecstasies made?

It is hard to dislike this book, for its occasional faults: yes, Ehrenreich spends too much time in the lab, drawing incomprehensible analogies between the movement of electrodes and human nature, and there are too few tensions pulling the reader through the muck of solipsism and physics; but it is impossible to remain unimpressed by Ehrenreich's moxie – by her sheer, raw intelligence, talent and, finally, hard-won compassion. She set herself the task of becoming a decent, moral person and, against many odds, succeeded.

Morality, in her view, arises out of godlessness; in the absence of a higher power, it behooves us to show mercy to one another. Despite her visions, she remains a staunch atheist, and her views on mysticism come out all a-tumble in the last, breathless chapter of the book. She speeds us through a historical and cultural overview of spiritual experiences, which she legitimizes, even while refuting the notion of faith. "I believe nothing," she writes. "Belief is intellectual surrender; 'faith' is a state of willed self-delusion."

For the agnostic reader, the purported climax of the book is nothing special – she allows that scientific rigour can co-exist with mysticism. Sure, why not? What is most revolutionary, perhaps, is her choice to eschew easy answers and comfort in a land built on the promise of it – Snuggies! Drive-thrus! Chicken Soup for the Soul! – in favour of a more thorny, ambiguous conclusion. 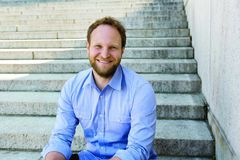 Book Review
A Fairy Tale: A simple story that questions the morals of our stories
January 31, 2014 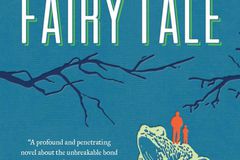 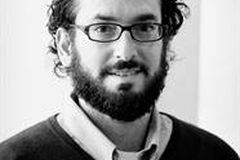