Perhaps it's a shade cynical – and it's not universally true – but generally speaking, by the time writers hit the eighth book in a mystery series, they're often entering into, if not already mired in, the tedium of "just the next book in the series." There's something comforting for readers to be able to reimmerse themselves in a familiar world, but that familiarity tends to blunt much of the suspense inherent in a mystery. It's comfortable, but not exciting.

This generality, thankfully, doesn't apply in the slightest to Louise Penny, whose series featuring Sûreté du Québec Chief Inspector Armand Gamache moves from strength to strength with its eighth instalment, The Beautiful Mystery.

Penny has avoided the curse of "the next book" by allowing her characters to develop from book to book, by acknowledging the events of prior books within the current book (i.e. creating continuity), and by allowing the mysteries themselves to change, in terms of setting and the nature of the crime itself.

The "beautiful mystery" of Penny's eighth Gamache mystery refers to Gregorian chant, plainsong, and its mysterious allure and spiritual appeal even to the lay listener. Playing off the international sensation surrounding the 1994 release of recordings of the Benedictine Monks of Santo Domingo de Silos, The Beautiful Mystery finds Gamache and his loyal lieutenant, Inspector Jean-Guy Beauvoir, being called to a monastery to investigate the murder of a monk.

The mysterious Saint-Gilbert-Entre-les-Loups monastery existed in isolation for hundreds of years, two dozen monks living in the remote Quebec wilderness, accessible only by plane or boat, with a plain wooden door locked to the world. They are the last vestiges of the Gilbertines, an order of monks devoted to plainsong, who vanished during the Inquisition.

Their seclusion came to an end, however, with the release of a recording of their chants, a recording which became a sensation around the world, drawing pilgrims and the press, all of whom met with the locked door at the gate. The door opens to Gamache and Beauvoir, however, as they come to investigate the murder of Brother Mathieu, the choirmaster.

The choir of Saint-Gilbert-Entre-les-Loups became a sensation on the basis of a single recording, but that success has also created a fracture in the monastic community, "a civil war, fought with glances and small gestures," which Gamache and Beauvoir discover early on in their investigation. That fracture makes everyone in the once close-knit community a suspect in the choirmaster's murder.

The mystery – which is in itself compelling, and reminiscent, on the surface and unavoidably, of Umberto Eco's The Name of the Rose – works as a catalyst for an ongoing series of inquiries into the nature of faith, loyalty and friendship, deepening familiar characters and developing relationships in a realistic, often painful fashion. It's a stirring, thought- provoking read, less a matter of whodunit than a relentless questioning of why any of us do anything. The Beautiful Mystery satisfies as a mystery, and stands as a powerful literary novel in its own right, regardless of whether one has read the previous seven novels in the series.

Victoria writer Robert J. Wiersema's most recent book is the memoir Walk Like a Man: Coming of Age with the Music of Bruce Springsteen. . 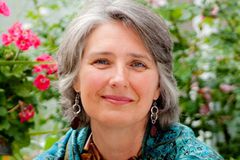 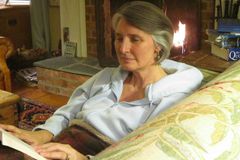